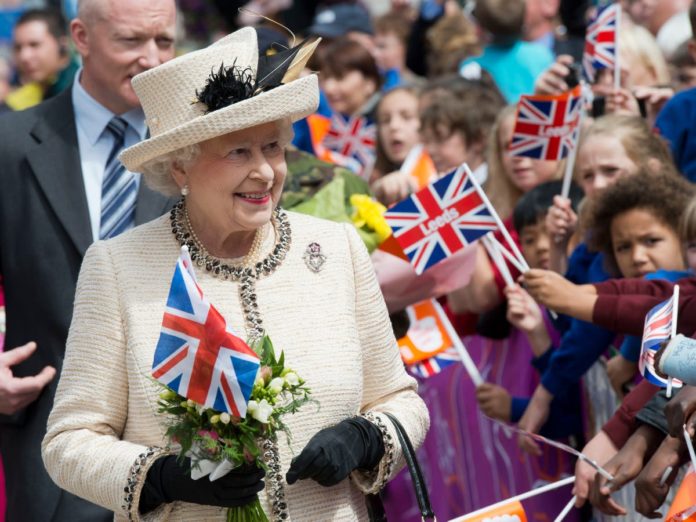 Platinum Jubilee 2022: Everything that happened at the Queen’s Silver, Golden and Diamond celebrations

The Queen is marking her 70th year on the throne on Sunday 5 June, making her the first British monarch to reach such a milestone.

Over her decades-long reign, Queen Elizabeth II has celebrated her Silver, Gold and Diamond Jubilees in spectacular fashion, with plenty of events, pageants and tours to celebrate.

Ahead of the Platinum Jubilee, which will be celebrated over a special four-day bank holiday weekend, we’ve taken a look at how Her Majesty has marked her previous jubilees.

The Queen’s 25th anniversary on the throne was celebrated on her Silver Jubilee in 1977 with large-scale parties and parades throughout the UK and the Commonwealth.

On 6 February 1977, the anniversary was commemorated with church services throughout that month and the monarch spent the weekend at Windsor with her family.

Later in the year, during the summer months, Her Majesty embarked on a big tour of the UK and Northern Ireland. According to the Royal Family website, she had decided that she “wishes to mark her jubilee by meeting as many of her people as possible”.

The tour began in Glasgow on 17 May, continuing throughout England and Wales before finishing with a visit to Northern Ireland.

She also made official overseas visits to Western Samoa, Australia, New Zealand, Tonga Fiji, Tasmania, Papua New Guinea, Canada and the West Indies. It is estimated that the Queen and Philip travelled 56,000 miles that year.

A whole week of national celebrations followed the Queen’s tours, beginning on Monday 6 June, when Her Majesty lit a bonfire beacon at Windsor that started a chain of beacons across the country.

The next day, she drove in the Gold State Coach to St Paul’s Cathedral for a Service of Thanksgiving that was attended by heads of state from around the world and former British prime ministers.

Afterwards, the Queen and members of the royal family attended a lunch at the Guildhall. The procession returned to Buckingham Palace through the Mall, a televised event that was watched by an estimated 500 million people.

There were street parties held throughout the country, with around 4,000 reportedly taking place in London alone.

On Thursday 9 June, the final event saw a procession of boats floating down the Thames from Greenwich to Lambeth. The Queen opened the Silver Jubilee Walkway and the South Bank Jubilee Gardens, which culminated in a firework display before she returned to Buckingham Palace by carriage.

The Ruby Jubilee of Queen Elizabeth II marked her 40th anniversary on the throne. However, this jubilee was much more low-profile.

A few events did take place to commemorate the occasion, including a luncheon at the Guildhall on 24 November that was organised by the City of London Corporation and attended by 500 people.

It was at this luncheon that the Queen famously described the year 1992 as her annus horriblis (Latin for “horrible year”), following a series of unfortunate events including the separation of Prince Charles and Diana, Princess of Wales, and a scandal involving Sarah, Duchess of York, the then-wife of Prince Andrew.

In July, a tribute was held at the Fountain Court of Hampton Court Palace, including performances by children from all over the world and the Youth Ballet. There was also a banquet held later that month, hosted at Spencer House by former prime minister John Major and attended by the Queen, Philip, Charles and Diana, and former prime ministers.

Later, in October, a grand gala titled “The Great Event” was held by the Royal Anniversary Trust. The televised event was attended by more than 1,700 people and included performances by music artists such as Dame Vera Lynn and Cliff Richard, as well as by members of the Royal Ballet.

A decade after the Queen’s “annus horriblis”, public celebrations were once again on the agenda for her Golden Jubilee, which marked 50 years on the throne.

Once again, the Queen and the Duke of Edinburgh went on extensive tours of the Commonwealth and the UK, visiting Jamaica, New Zealand, Australia and Canada, as well as every region of the UK, from Falmouth in Cornwall to the Isle of Skye.

A big Jubilee weekend was held in June, starting with a classical music concert at Buckingham Palace’s gardens, and a Jubilee Church Service at St George’s Chapel in Windsor and a National Service of Thanksgiving at St Paul’s Cathedral.

A big firework display finished off the evening and the Queen lit the National Beacon, the last in a string of 2,006 beacons which has been lit in a chain across the Commonwealth.

On 4 June, during the now-traditional lunch at Guildhall, Her Majesty thanked the nation for their support throughout her reign in a speech.

She said: “I would like to give my heartfelt thanks to each and every one of you – here in Guildhall, those of you waiting in the Mall and the streets of London, and all those up and down this country and throughout the Commonwealth, who may be watching this on television.

“Thank you all for your enthusiasm to mark and celebrate these past fifty years.”

The 60th anniversary of Queen Elizabeth’ II’s ascension to the throne was another momentous occasion. She is only the second monarch to have celebrated such a milestone, with the first being Queen Victoria in 1897.

The Queen and Philip set out on their tour across the UK and Northern Ireland, but this time, other members of the Royal Family were despatched to the Commonwealth Realms.

These visits included Prince Charles and the Duchess of Cornwall visiting Australia, Canada, New Zealand and Papua New Guinea, while the Duke and Duchess of Cambridge went to countries such as Tuvalu and Malaysia.

Britons were given an extra bank holiday to mark the occasion on 5 June, and the Spring Bank Holiday was moved to 4 June to create a four-day bank holiday weekend. A similar move was made to celebrate this year’s Platinum Jubilee.

During the four-day weekend, the River Thames Diamond Jubilee Pageant was held, featuring a maritime parade of 1,000 boats from around the Commonwealth. This was the largest flotilla seen on the river in 350 years.

However, heavy rain during the event meant that the commemorative airforce flyover that was planned had to be cancelled.

Street parties took place throughout the country and people were encouraged to have “Big Jubilee Lunches” to share food with neighbours and friends as part of the celebrations.

Her Majesty also unveiled a Diamond Jubilee monument in Windsor, which was designed by Caroline Basra, a 15-year-old student at Windsor Girl’s School after she won a competition.

Finally, on the last day of the Diamond Jubilee weekend, a service at St Paul’s Cathedral was held, followed by two receptions, a lunch at Westminster Hall, a carriage procession to Buckingham Palace, and finally, a balcony appearance, Flypast and Feu de Joie.

This year, Platinum Jubilee celebrations are expected to be spectacular, involving numerous events and parties throughout the country to honour the Queen’s service.