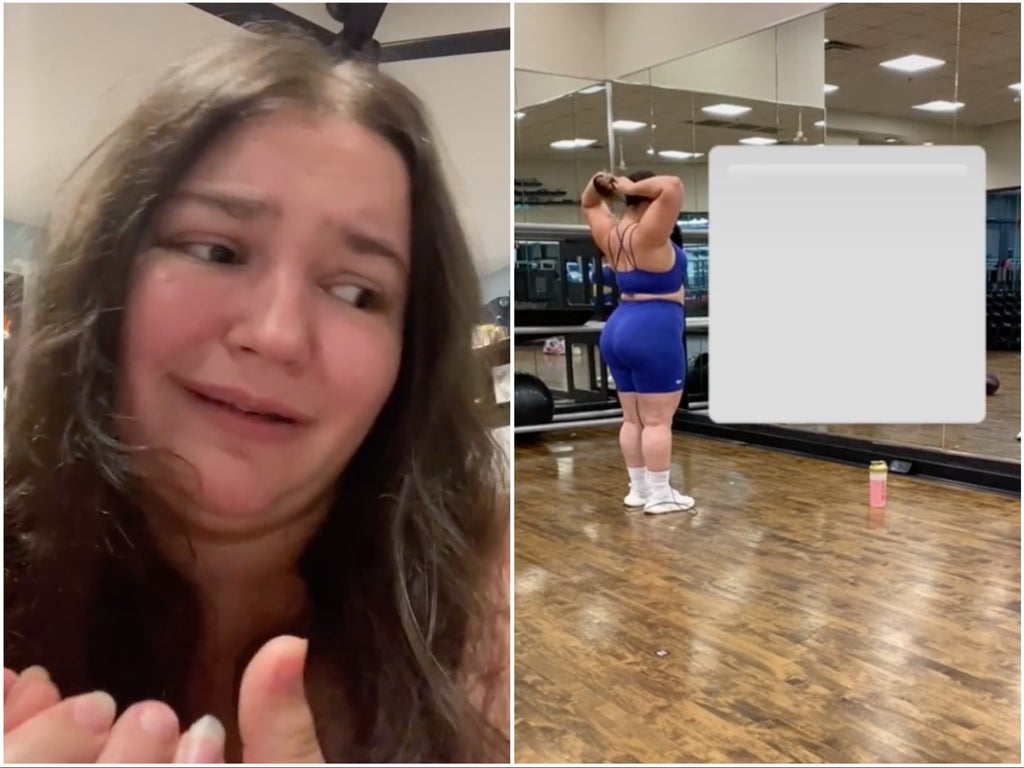 A social media influencer has revealed how she was mocked while filming a video at the gym.

Bethy Red, who touts herself as a “plus size woman trying to make the world more accepting” recorded the encounter and posted it to TikTok.

The clip begins with Red, dressed in her workout gear, fixing her hair in the mirror of a studio.

Another woman’s voice can then be heard asking her: “Girl, what are you doing? Are you taking videos of yourself?”

Red then turns and replies: “Yeah?”, to which the woman retorts incredulously: “You are? Well why? For your own documentation or what?”

The TikToker then explains that she’s filming for her blog, prompting a shriek of laughter from the unknown intruder.

The woman then packs up her belongings and, as she leaves, remarks: “Well, have fun,” and laughs again.

Red’s clip racked up more than 5.6 million views and 930,000 likes in just two days, as fellow users of the platform rushed to condemn the woman’s behaviour.

“You just KNOW she was a ‘mean girl’ in high school and never grew out of the mean girl phase nor develop[ed] a personality,” one wrote.

“This is [a] misogynistic microaggression and she [knew] exactly what she was doing. Her intent was to make sure she left you feeling insecure,” commented another.

“She goes to the gym because she hates herself. You go because you love yourself. That’s the only difference that matters,” wrote a third.

Meanwhile, scores of users wanted to know why Red had protected the woman’s identity by covering her up in the video with a large white square.

One implored: “Please take the big white square off. EXPOSE HER. This behavior is atrocious and we can’t protect people like that.”

Another asked: “Girlie, why did you delete/hide it? You’ve done NOTHING wrong in exposing her. That’s why [people] like her think they can get away with it, [because] we let them!”

And a third said: “The fact that after she treated you like this you protect her identity says a lot about your character. She doesn’t deserve it but you’re a good person.”

Responding to the comments, Red explained in a follow-up clip that she had posted an uncensored version of the original video, but took it down after a number of women were incorrectly named as the offending stranger.

In a caption, she begged her supporters: “PLEASE stop looking for the person!! A lot of innocent people are getting death threats and hate messages for nothing!”

Addressing her followers, she said: “I didn’t know TikTok was this intense, and when people said ‘pull up’ and ‘beat her up,’ I thought people were joking.”

She insisted that “the point of the video was that if somebody is mean to you, no matter the reason, show empathy and show kindness.”

“That’s a bigger win for you,” she added.

In a separate comment, she stressed: “Know who you are! You are more [than] just a body and how you look.”

Sisters Say Another Woman Was Inside Mother’s Casket