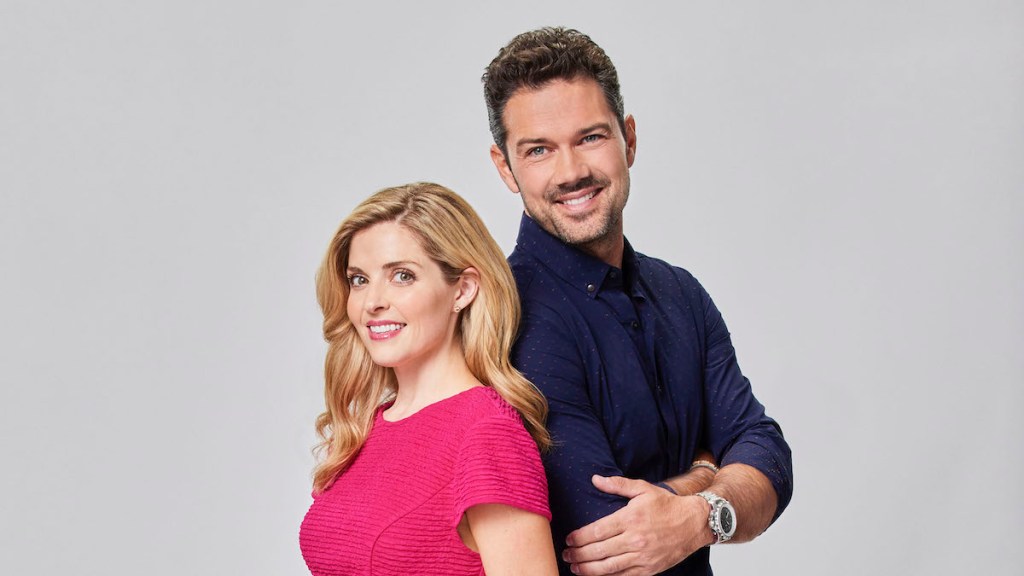 Hallmark Channel has a new original romantic movie premiering on Sat., August 21, at 9 p.m. that soap fans are not going to want to miss! The film, A Little Daytime Drama, not only takes place on a beloved daytime soap opera, but it stars three fan favorites from the soap world: Jen Lilley (ex-Theresa, DAYS OF OUR LIVES; ex-Maxie, GENERAL HOSPITAL), Ryan Paevey (ex-Nathan, GH), and Linda Dano (Felicia, ANOTHER WORLD; ex-Rae, GH/ALL MY CHILDREN)!

Lilley stars as Maggie in the film, the headwriter of FOREVER IS A LONG, LONG TIME, a soap opera whose ratings have declined since the exit of show star Darin, played by Paevey. Dano’s character, Alice, is the soap’s producer and creator, who is planning to retire and hand the helm over to Maggie. But with the soap on the verge of cancelation, Alice wants to boost ratings by bringing back Darin — who also happens to be Maggie’s ex-boyfriend! When Darin exited the soap to star in an ill-fated play and broke up with Maggie, she wrote out his character. But when she convinces him to return, will they be able to set aside their hurt feelings and work together to save the show and their careers?

On Instagram, Dano posted a snap of her with Lilley and Paevey on the set of A Little Daytime Drama, saying that she “fell in love with these two people” while working together. “Most fun ever.”

Paevey and Lilley previously starred together in the 2015 film Harvest Love for the cable network. And the actress, who has become a staple in Hallmark’s rotation of stars featured in its original films, confesses that A Little Daytime Drama has made the top of her list. “This is actually my favorite Hallmark movie that I’ve ever done,” gushed Lilley in a behind-the-scenes video posted by Hallmark Channel. “This movie is a soap opera that takes place in a Hallmark movie. It’s so brilliant. There’s romance, there’s drama, of course, there’s comedy, and there’s me and Ryan Paevey. What’s not to love?”

GH alum Paevey adds that playing an actor who is a soap actor himself is “a strange page from my own life. My time on General Hospital… there’s a lot of parallels between Darin’s life and my own.”

Check out this behind-the-scenes video of Lilley and Paevey on the set of A Little Daytime Drama below, then tune in to watch the romcom when it premieres on Sat. August 21!

Love GH? Be sure to join our We Love General Hospital Facebook group to chat about all the latest storylines and juicy gossip!

Capricorn weekly horoscope: What your star sign has in store for September 26