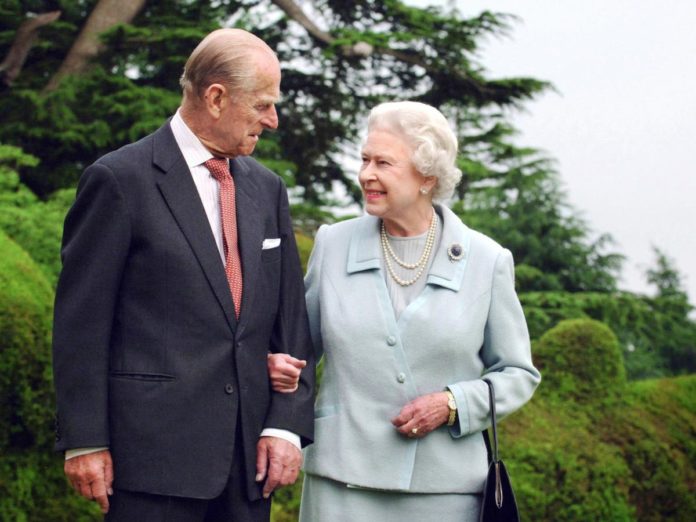 This weekend marks the Queen’s first wedding anniversary without the Duke of Edinburgh, who passed away in April aged 99.

On Saturday, 20 November, the couple would have celebrated 74 years of marriage since they wed at Westminster Abbey in 1947.

During the socially distanced ceremony, the Queen was pictured sitting alone as she mourned.

Earlier this week the Queen described the pandemic as a time of “anxiety, grief and weariness”, in an address delivered to the national assembly of the Church of England.

Her youngest son, the Earl of Wessex, spoke on behalf of the monarch at the 11th session of the General Synod on Wednesday, 17 November.

In her speech, the Queen said coronavirus restrictions had made the last few years “particularly hard”.

“For many, it has been a time of anxiety, of grief, and of weariness. Yet the Gospel has brought hope, as it has done throughout the ages; and the Church has adapted and continued its ministry, often in new ways, such as digital forms of worship,” she said.

The Queen also noted the absence of Prince Philip.

“It is hard to believe that it is over 50 years since Prince Philip and I attended the very first meeting of the General Synod,” she said.

“None of us can slow the passage of time; and while we often focus on all that has changed in the intervening years, much remains unchanged, including the Gospel of Christ and his teachings.”

Her absence from the meeting comes after the Queen missed the annual Remembrance Sunday in London on 20 November because she had sprained her back.

Concern for the Queen’s health has risen in recent weeks, after she spent a night in hospital in October.

At the time, Buckingham Palace said she had been admitted to undergo “preliminary checks”.

Earlier this week, Prince Charles, said the Queen was doing “all right”. During a royal tour of Jordan, a Sky News reporter asked the heir apparent or an update on the monarch’s health.

“She’s all right, thank you very much,” Charles said.