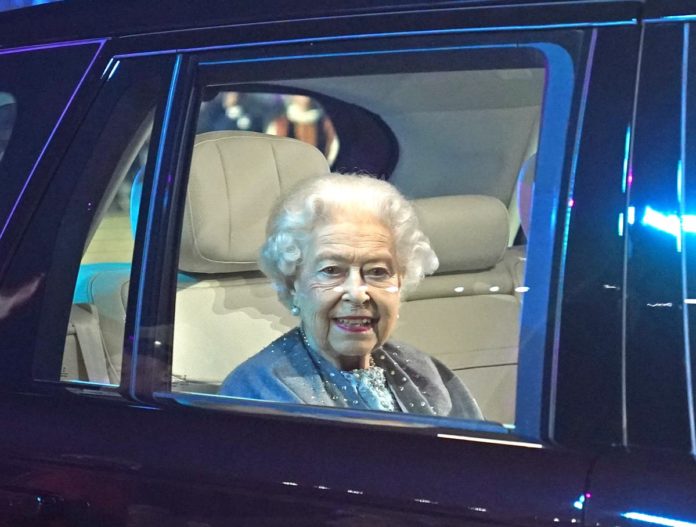 The Queen is set to celebrate her Platinum Jubilee in June with a four-day bank holiday weekend.

The weekend, which will begin on Thursday 2 June and end on Sunday 5 June, will see several events take place involving members of the royal family.

These include Trooping the Colour, a Service of Thanksgiving, the Platinum beacons, a Platinum Jubilee pageant and a star-studded concert.

Today, the Prince of Wales and the Duchess of Cornwall begin their three-day tour in Canada, where they are representing the Queen – one of a number of recent appearances to highlight Prince Charles’ increased presence as head of the royal family in the light of the monarch’s mobility problems and advanced age.

While the Queen has made mostly virtual appearances so far this year due to ongoing mobility issues, as she gears up for the Jubilee weekend Her Majesty has started to make more in-person appearances.

However Buckingham Palace has said the Queen’s attendance at Jubilee weekend events aren’t likely to be confirmed until the day-of.

Follow our liveblog for all of the latest updates on the Queen as she prepares to celebrate her Platinum Jubilee.

Tune in to our liveblog again tomorrow

That’s a wrap of our coverage today! Check back in tomorrow for more news and live updates about the Queen’s upcoming platinum jubilee celebrations.

When is the Platinum Jubilee?

In case you’ve forgotten already, here are the details on when the platinum jubilee is:

A Barbie doll created in the likeness of Queen Elizabeth II to mark her platinum jubilee sold out in three seconds – and the dolls are now being sold for hundreds of pounds on eBay to avid royal collectors.

Over 50 cutting-edge portraits of the Queen by urban, graffiti and contemporary artists are going on show to mark her Platinum Jubilee.

Her majesty has been hailed a “true icon” and a “cultural inspiration” by creatives as diverse as musician and graffiti artist Goldie and X-ray artists Ernesto Romano.

Find out more about the exhibition below:

How old was the Queen when she became the Queen?

The Queen’s platinum jubilee will mark her 70th year on the throne, the longest of any British monarch.

But when did Her Majesty take on the Crown? Joanna Whitehead explains:

What are the platinum jubilee beacons?

To mark the Queen’s historic milestone, platinum jubilee beacons will be lit across the UK and in Commonwealth nations.

Joanna Whitehead explains what the beacons represent and how you can take part:

When was the Queen’s coronation?

It’s been 70 years since the Queen ascended the throne, but just 69 since she was coronated.

So why did it take just over a year between the Queen becoming the head of the royal family and her coronation occuring, and what did she wear to her coronation?

Joanna Whitehead has all of the answers here:

Join former BBC Royal Correspondent Jennie Bond to reflect on the Queen’s 70 incredible years on the throne at a Platinum Jubilee panel event run by The Independent on Thursday 17 May at 6.30pm.

The broadcaster and journalist will be joined by The Independent’s Associate Editor Sean O’Grady, Deputy Voices Editor Sunny Hundal and hosted by Deputy Lifestyle Editor Laura Hampson to explore the highs and lows of Her Majesty’s seven decades on the throne.

What events will the Queen attend on the platinum jubilee weekend?

Despite the Queen’s recent public appearances over the weekend and today, the question of whether the 96-year-old will be fit to attend all the events is still up for debate due to her episodic mobility issues.

So, what events is Her Majesty expected to attend over the bank holiday weekend?

The Queen has shown her own subtle support for Ukraine with her choice of clothing during her latest public appearance.

Making a surprise appearance at Paddington station on Tuesday morning to open the long-awaited Elizabeth line, Her Majesty wore a sunshine yellow coat, with a matching hat adorned with blue flowers.

Yellow and blue are the colours of the Ukrainian flag.