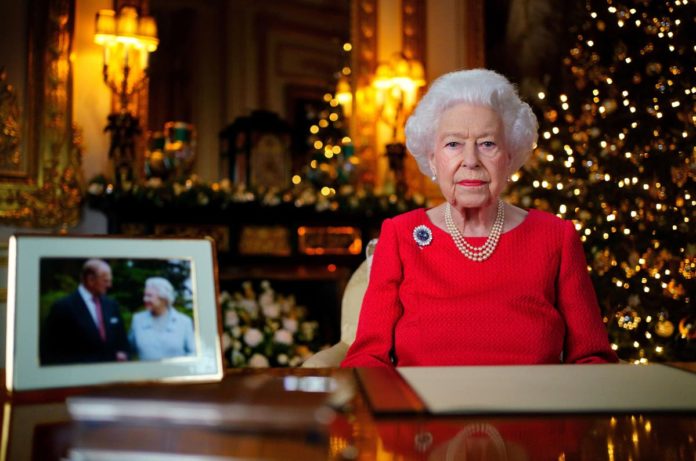 The Queen has shared her personal grief over the death of her husband Prince Philip in her Christmas Day message, saying there was “one familiar laugh missing” this year.

In her most fulsome tribute yet, the monarch said his “mischievous, enquiring twinkle was as bright at the end as when I first set eyes on him”, as she empathised with families who lost loved ones this year.

Queen Elizabeth II also praised the Prince of Wales and his wife the Duchess of Cornwall and the Duke and Duchess of Cambridge for their focus on climate change.

She said she was “proud beyond words” that Prince Philip’s environmental work had been, “taken on and magnified by our eldest son Charles and his eldest son William – admirably supported by Camilla and Catherine – most recently at the Cop climate change summit in Glasgow”.

But there was no reference – either on screen or by name during the nine-minute broadcast – to her middle son, Prince Andrew, nor Prince Harry or Meghan Markle; the trio having stepped back from royal duties.

There was, however, a tacit mention of Lilibet, the the Duke and Duchess of Sussex’s daughter, as one of four great-grandchildren born in 2021.

But it was the Queen’s long-serving consort, the Duke of Edinburgh, who died in April aged 99, who took centre stage for the festive message.

Sat behind a desk adorned with a photograph of the Queen and Prince Philip in 2007 to mark their 60th wedding anniversary, the monarch said: “Although it’s a time of great happiness and good cheer for many, Christmas can be hard for those who have lost loved ones. This year, especially, I understand why.”

The personal message is apt given the upheaval many families have experienced during another year affected by Covid-19. The head of state, with a brooch worn on her honeymoon in 1947, said of Philip: “His sense of service, intellectual curiosity and capacity to squeeze fun out of any situation were all irrepressible.”

She added: “That mischievous, enquiring twinkle was as bright at the end as when I first set eyes on him. But life, of course, consists of final partings as well as first meetings and as much as I and my family miss him, I know he would want us to enjoy Christmas.”

The Queen also acknowledged the impact of the Omicron variant, having cancelled her regular trip to Sandringham in order to spend Christmas at Windsor. Prince Charles and Camilla attended a service at St George’s Chapel prior to Christmas Day with the Queen.

“For me and my family, even with one familiar laugh missing this year, there will be joy in Christmas, as we have the chance to reminisce and see anew the wonder of the festive season through the eyes of our young children, of whom we were delighted to welcome four more this year,” the Queen said.

The 95-year-old monarch also hinted at the prospect of reuniting with loved ones in the new year. She said: “February, just six weeks from now, will see the start of my Platinum Jubilee year, which I hope will be an opportunity for people everywhere to enjoy a sense of togetherness … and also to look ahead with confidence.”

Meanwhile, the Duke and Duchess of Cambridge said they are thinking of people who are spending Christmas alone this year. In a message on Twitter, William and Kate said they recognised it is “different to what so many of us had planned” following a spike in virus cases in recent weeks.

The couple also changed their Christmas plans this year following the Queen’s decision to stay at Windsor, spending the season in Norfolk and they will be joined by some members of the Middleton family.