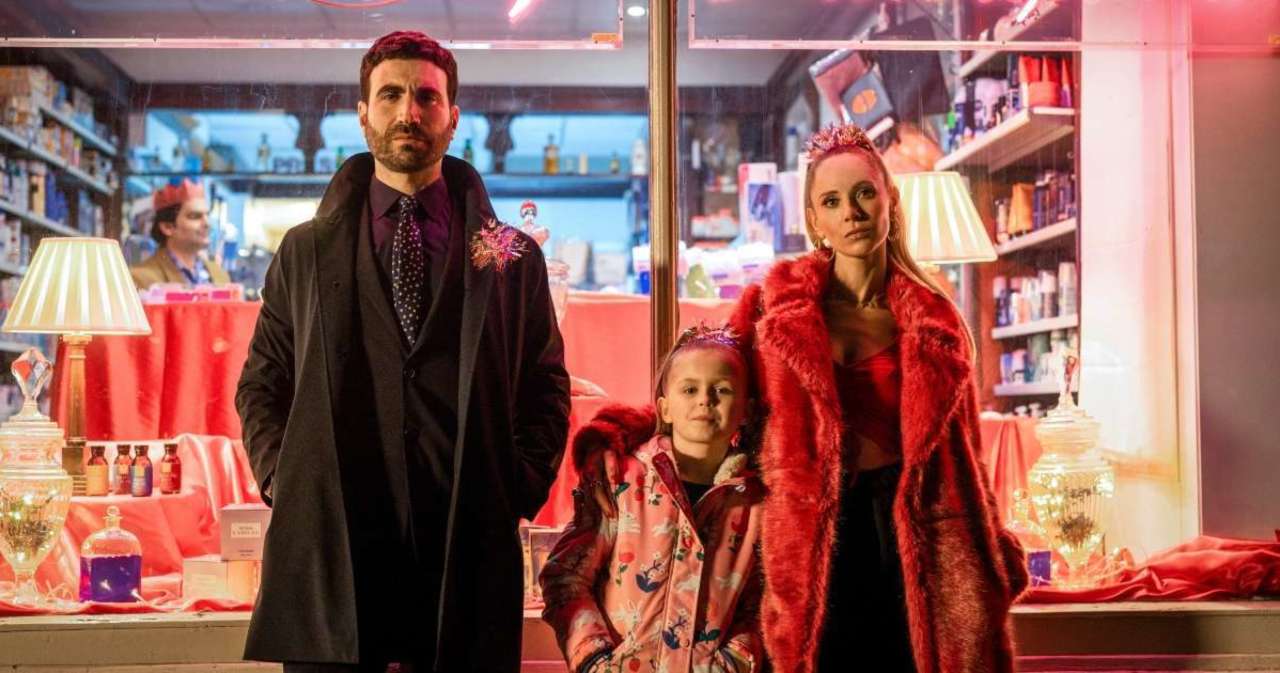 The fourth episode of Ted Lasso Season will stream on Apple TV+ Friday, and Roy Kent (Brett Goldstein) is doing everything he can to help his niece. In a sneak peek of the episode, which is titled “Carol of the Bells,” Roy is with his niece Phoebe (Elodie Blomfield) and Keeley (Juno Temple). At the start of the clip, Phoebe tells Roy that “this is embarrassing.”

Roy then shares a story about how he had an accident after eating too much ice cream at a birthday party to assure her that what they are doing now isn’t embarrassing. A young boy then shows up to let Roy know that he has also had accidents in the past. Roy then tells the boy that if he can stop doing it, Roy can as well.

The clip doesn’t reveal why Phoebe is embarrassed, but Roy sharing an embarrassing moment shows how much he cares for her. In Season 2, fans have seen a softer side of Roy since he has retired from soccer. However, he still has his edge as we have previously seen when he was doing analyst work for Sky Sports.

“I think I completely understood his anger and his repression, but also there’s a real softness underneath it all,” Goldstein told Vulture last year when talking about Roy. “I think at the beginning of this series, Roy is really depressed. He’s given up on everything, and he’s just playing out this probably last year or two, and he’s disappointed he’s at this club that isn’t very good, when he used to be a legend. I grew up around a lot of footballers, and I’ve always had sympathy for them.”

Goldstein is also a writer on Ted Lasso and talked about how he wasn’t originally supposed to play the part of Roy. “So on my last day in the writers’ room, the night before, I [recorded a tape], five scenes as Roy, without telling anyone, and then I sent an email to Bill [Lawrence] and said, ‘I’ve been thinking I could play Roy … but if this is embarrassing, you can pretend you never got this email, and I will never ask you about it.'” Goldstein recalled. “Then I got a message from him at like three in the morning, going, ‘Oh! This is good. Let’s see.’ And then very luckily it all went ahead.”

SVU’? Details on His Exit