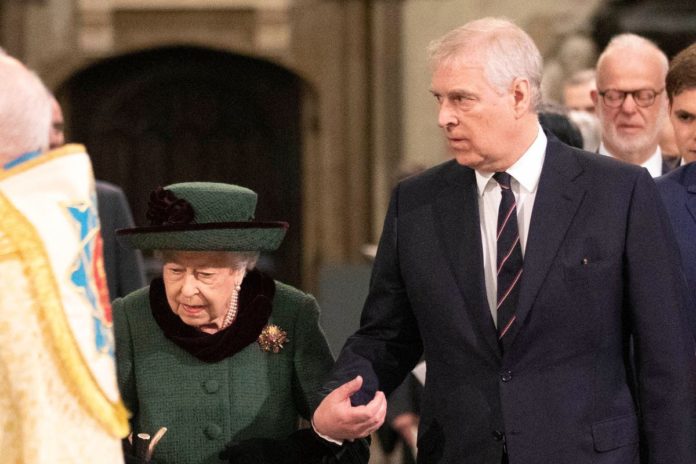 A royal expert has said that Prince Andrew escorting the Queen to Westminster Abbey for Prince Philip’s memorial on Tuesday was “an 11th hour change”.

Prince Andrew travelled with the Queen in a car from Windsor to London for his father’s memorial where they entered through a separate entrance than the rest of the guests.

The Queen and Andrew walked down the aisle together before taking their seats on opposite sides of the Abbey.

Royal expert Joe Little, of Majesty magazine said: “Nobody would have predicted what would happen yesterday because Andrew was in the order of service to arrive with other members of the family and his daughters at the West Door.”

He added: “This was obviously an 11th hour change.”

It was the first time Andrew had made a public appearance since he made an out of court settlement of upwards of £10 million to Virginia Giuffre. Giuffre had accused Andrew of sexual assault, allegations which Andrew has consistently denied.

At the time, Buckingham Palace said: “The Duke of York will continue not to undertake any public duties and is defending this case as a private citizen.”

This January, Andrew was stripped of his honorary military titles and patronages by the Queen, and forced to relinquish using his HRH style amid his legal battle.

The Service of Thanksgiving saw royal family members gather at the Abbey to pay their respects to the Duke of Edinburgh who died on 9 April last year, aged 99.

Due to Covid restrictions, only 30 people were able to attend Philip’s funeral last year.