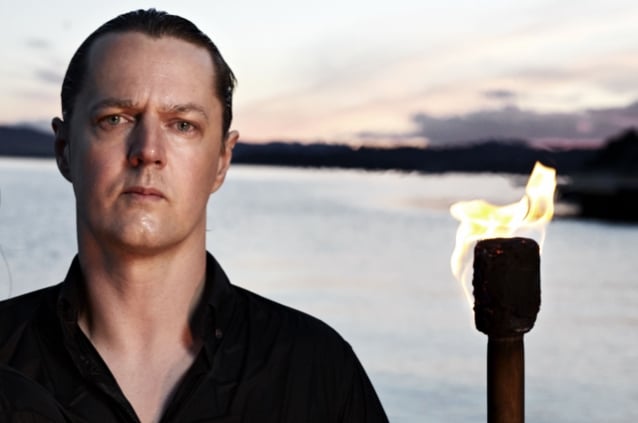 Wongraven Morgenstern Riesling, which is part of the portfolio of SATYRICON frontman Sigurd “Satyr” Wongraven‘s wine company, Wongraven Wines, is now officially the best-selling wine in his home country of Norway.

Satyr broke the news earlier today in an Instagram post. He wrote: “This is a big day for me! Wongraven Morgenstern Riesling is now officially the most sold wine in the country. Regardless of white, red, sparkling, this grape, that grape, country, price etc etc. It is number one. Period.

“Congratulations to everyone who helped me make a wine of this quality and made others believe in what we believe in. We make what we like ourselves and hope that others will like it too! That simple.

“Thank you to all of you wine lovers out there who believe in what I do and for your continued support. What an amazing ride to be on! #wongravenwines #wongraven #morgenstern #riesling #pfalz #germany”

Satyr‘s portfolio also includes Wongraven Alleanza Piemonte Rosso and Wongraven Champagne. Satyr blends the wines himself and works closely with the winemakers on both viticulture and vinification. In addition, he does all design development together with his network of artists and designers. The wines are produced organically, or according to organic principles.

It was reported that year that Satyr sold 90% of Wongraven Wines in 2019 to Vingruppen, owned by wine and spirits producer Arcus.

Dagens Næringsliv obtained Vingruppen‘s 2019 financial records that showed shares in Wongraven Wines were valued at NOK 51.3 million, which is about $5.4 million.

Since 2009, Satyr has developed and sold quality wines in Norway. From 2014, this has been done in collaboration with Vingruppen.

About a decade ago, Satyr partnered with Luca Roagna, a fifth-generation winemaker from Piedmont, Italy, to launch the musician’s own brand of wine.

Wongraven and Roagna first met in the spring of 2003 while SATYRICON was on tour in Italy and spent several months in 2010 creating two classic wines that represented a combination of Roagna‘s skilled vineyard work and Satyr‘s vision of traditional Piedmontese wines.

Wongraven also has a number of other wine projects. He has collaborated with Baron-Fuente to make 100% organic Champagnes, and Remy and Armin Grassa to create Bordeaux-style whites.

In a 2019 interview with Wines Of Germany, Satyr was asked if it is possible to draw a parallel between the black metal scene and the wine world. He responded: “Yes, of course. The main reason I can make good blends is the experience, intuition and confidence I have when I work. I know what I want, what it requires from me, and I have vast experience in trusting the process. That is how music is made, and wine is no different, I have learned. You must have a vision and commit to it.”