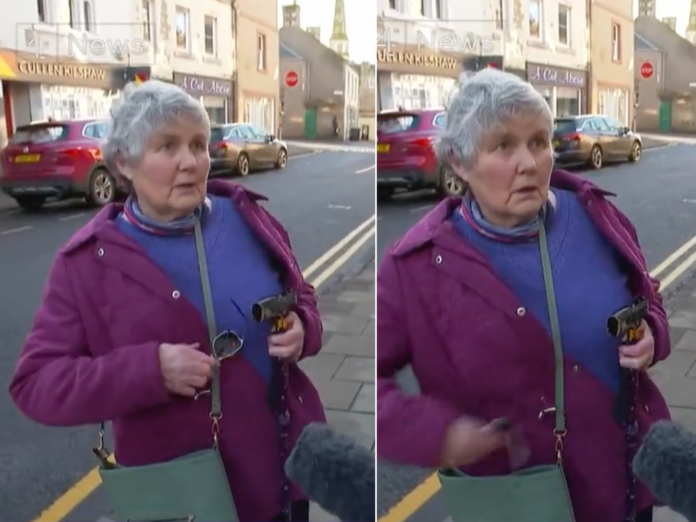 A Scottish woman has let her thoughts on the Prime Minister be known, saying that Boris Johnson needs a “kick up the a**e” on live television.

Channel 4 News was reporting from Selkirk on the Scottish Borders asking locals what they thought about the Prime Minister and his recent party scandal.

A reporter with a microphone approached one woman and asked: “Boris Johnson?”

The woman removed her glasses and responded: “Oh, he needs a kick up the a**e, him.”

The reporter asked, “should he resign?”. The woman replied: “Absolutely. But he’ll not do the decent thing, will he?”

It comes as the Prime Minister faces pressure from MPs, including some from his own party, to resign for attending a ‘BYOB’ party in the garden of Number 10 in May 2020 during the lockdown.

It’s fair to say the woman’s views were shared by many others on social media, who reacted to the clip.

One person wrote: “So proud of the Scottish Borders.”

Another commented: “Not all heroes wear capes…”

Someone else joked that Brenda from Bristol, whose famous words, “you’re joking – not another one!” to another general election, should move over.

They wrote: “Brenda from Bristol, move over.”

At PMQs this week, Johnson admitted to attending a gathering but insisted he believed it to be a work event.

It is alleged over 100 people were invited by email. At the time, lockdown rules meant you could meet with just one other person outdoors and all indoor gatherings were banned.