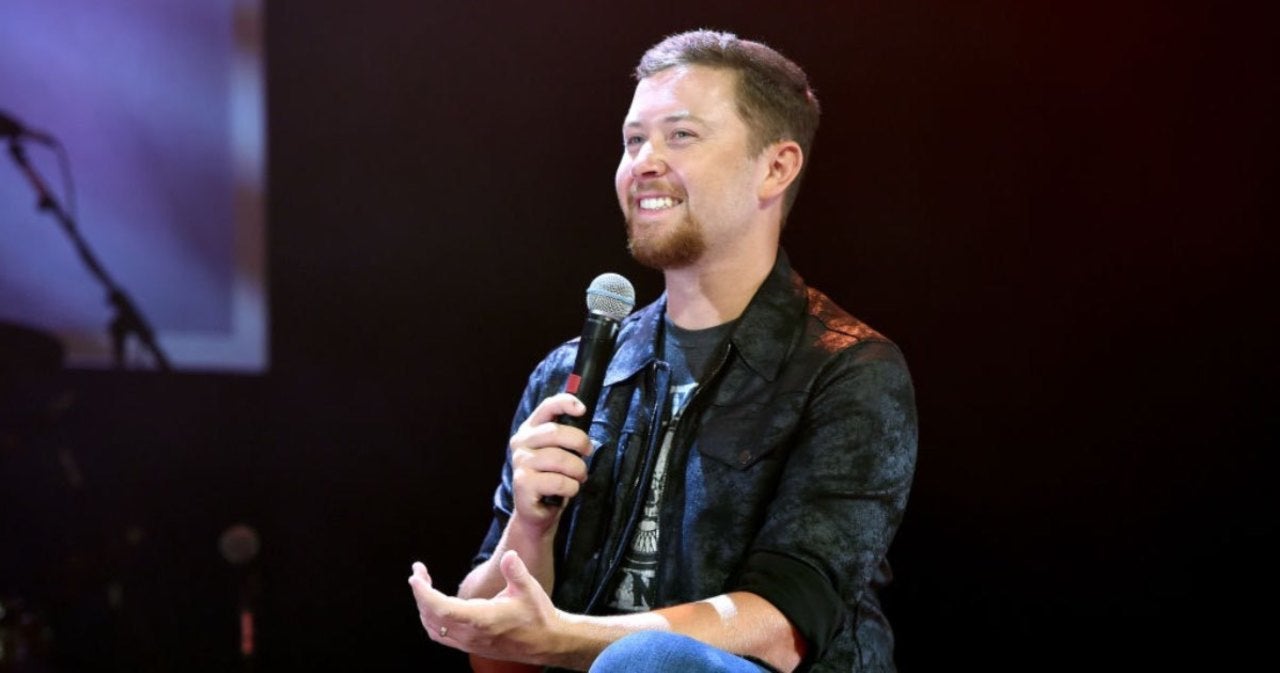 Scotty McCreery recently announced his fifth studio album Same Truck set to release Sept. 17, and fans could not be more excited to hear what the country music star has lined up next. His new project includes his current Top 15 single “You Time” and the recently released “Why You Gotta Be Like That” as he sets up a new tone with the record while celebrating not only his marriage of three years but 10-year anniversary of being one of the most sought after country music entertainers. During an exclusive sit-down interview with PopCulture.com, McCreery detailed what exactly this album means to him.

“It’s obviously huge to be able to do this for 10 years and I’m so passionate about writing songs, country music and getting to sing [where] people actually show up to your shows and sing along with you — and if you think about it, it’s really the craziest thing ever,” the 27-year-old explained while in Nashville. “This album for me, I’ve never had the time that I had to make this album ever before, and really since I was 15 years old, I’ve never had the time to be at home and just sit down and reflect and think about life and the important things, and I had that time in this last year.”

Adding how if he were looking for a “silver lining” amid the pandemic last year, it would be that specific moment of self-reflection. It was because of the pandemic that McCreery, along with every other musician and entertainer, had more time on his hands to focus on things he usually has to push to the side as a result of a demanding schedule. The American Idol Season 10 winner couldn’t help but note spending time with his wife Gabi Dugal as well, who he has been married to now since 2018. Sharing their time was an absolute highlight, he discloses how the two worked to stay positive despite the devastating circumstances 2020 brought.

A lot of important conversations were brought to the surface during 2020 and the title of McCreery’s album Same Truck speaks to that: less divide, more togetherness. “‘Same Truck,’ the song, to me embodies what folks need to hear right now. Everybody’s so focused on differences and everything and it’s like, ‘Man, we’re all so much more alike than we are different,’ if we could all build each other up instead of tear each other down, I think we could figure this thing out a little bit,” he said, adding that his way of saying that sings to a country music sound while encouraging fans to spread more joy and kindness.

While McCreery gears up for his big release, he’s also getting ready to head back out on the road in hopes of giving fans what they want — a little more normalcy coming off such a tumultuous year. Same Truck releases on Sept. 17, 2021.

Did Kendall Long Really Leave ‘Bachelor in Paradise’? Seeing Her Ex Was Too Hard

Jack Has A Nightmare Kind of Day