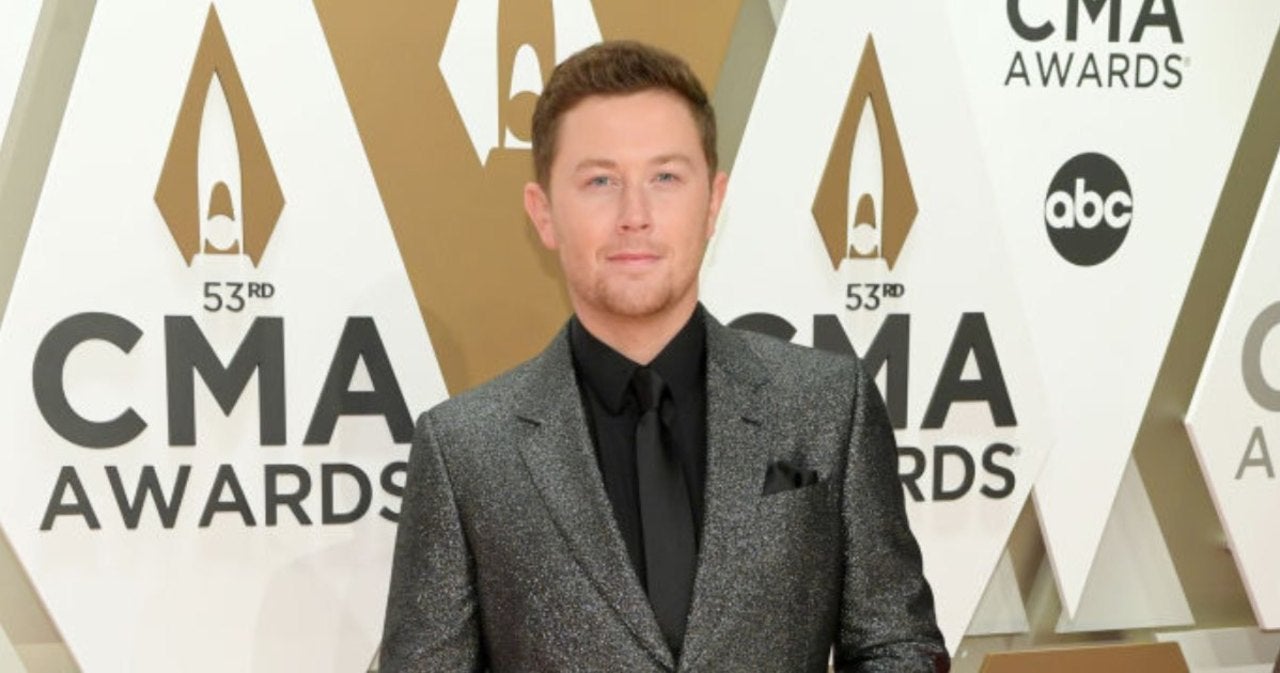 Scotty McCreery has thousands of fans who look up to him and feel inspired by his music. But there’s one country music legend who had a big influence on the American Idol winner’s career as he’s grown into one of the most popular artists in the genre. Ahead of McCreery’s fifth studio album release of Same Truck, the 27-year-old revealed in a new interview with PopCulture.com that one of his songs on the new album “Damn Straight” was influenced by George Strait — someone he’s a “massive” fan of. With lyrics that take you back to a moment in time, he couldn’t help but note how that’s what Strait’s music does for fans and wanted to run parallel with that idea.

“For me, I’m a massive George Strait fan,” the North Carolina native gushed. “I think if you’re a country fan, you gotta love George Strait. He’s got those songs that just take you back to a certain moment in time and take you back to certain years, a relationship, or think of a family member. So when I heard this song, I was kind of freaking out a little bit, I was like, ‘This is an amazing song.'” While he enjoyed the lyrics and tune, he wanted to run it by a few family and friends first to see what their thoughts were. “They all freaked out, and I was like ‘Okay.’ I just think it’s so clever and cool; it’s one of my favorites.”

McCreery went on to share details of the time he met the “Carrying Your Love With Me” singer, and it was definitely a moment he’ll hold forever. “That was like, nuts to me!” McCreery said of the time he met Strait at the popular Ryman Auditorium. “It was 2011, the label was doing a thing at the Ryman, I didn’t even know he was gonna be there, or was there, I get a tap on my shoulder, ‘Hey, Scotty!’ And I turned around and it’s George freaking Strait! I was like, ‘What?'” he said indicating his utter shock over the stunning encounter. “It was such a cool moment.”

Same Truck is set to release for fans on Sept. 17, 2021, and is one that McCreery had more time to focus on than any other album he’s put out as a result of the 2020 pandemic. While it’s hard to ignore the devastation that took place during that tumultuous year, McCreery is keeping a positive spirit as he notes a number of things he’s grateful for from that year, including being able to spend more time at home with his wife, Gabi Dugal. Investing his heart and soul into this album, the country music singer is thrilled to share it with fans here soon.