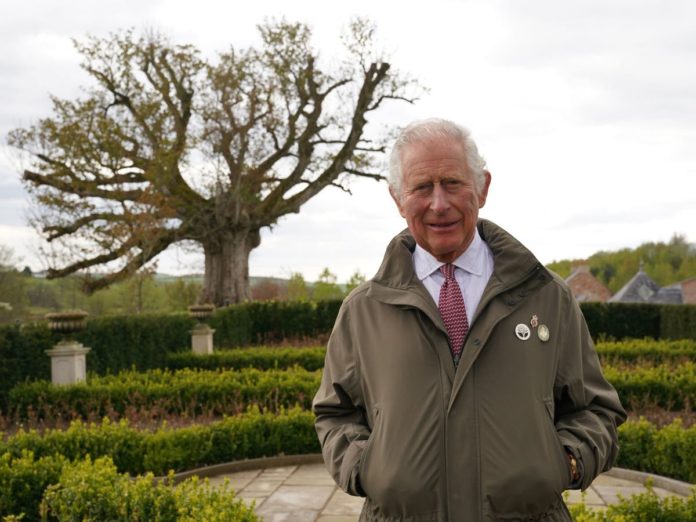 A collection of 70 ancient woodlands and 70 trees are being dedicated to the Queen to mark her Platinum Jubilee.

Announcing the plans on Sunday, Prince Charles said the nation’s ancient woods were “dwindling” and that they must be nurtured, and new trees planted.

He described the UK’s woodlands as “precious” assets which support biodiversity, and said that they need to be preserved for future generations.

The woodlands and trees being dedicated to the Queen include the Five Hundred Acre Wood in Sussex, which was the inspiration for 100 Acre Wood in A A Milne’s Winnie the Pooh, and the Boscobel Oak in Shropshire.

The oak tree is a descendant of the tree Charles II used to hide from parliamentary forces in 1651.

The Queen’s eldest son made the announcement standing under another of the 70 ancient trees – the old Sycamore at Dumfries House in Scotland, which is home to Charles’ Prince’s Foundation.

He said: “I believe it is absolutely vital that we do our utmost to nurture our historic inheritance through careful management and, in the case of the woodlands, that we can expand them and link them to other natural features like our hedgerows.

“And if we are to create the ‘ancient’ trees of the future, we must plant more trees in hedgerows, fields, churchyards and avenues.

“Furthermore, I would suggest that some of those planted should be propagated from today’s ancient trees, thus helping to preserve their unique provenance and heritage.

“These working woodlands and magnificent trees span our nation’s amazing landscape and exist for everyone to enjoy.”

Another ancient tree dedicated to the Queen is the Yew tree which frames the North Door of St Edward’s Church in Gloucestershire. This tree may also have inspired JRR Tolkien’s description of the Doors of Durin in the Lord Of The Rings trilogy.

Sir Isaac Newton’s apple tree in the orchard at Woolsthrope Manor in Lincolnshire has also been dedicated to the monarch. Sir Newton discovered the laws of gravity after he witnessed an apple from the tree onto the ground.

In Wales, the Wyesham Oak takes centre stage on a road bearing its name, Oak Crescent, where residents past and present take pride in their connection to the 1,000-year-old tree which has stood the test of time and development.

Charles said: “At the same time, they support biodiversity, and help to provide us with the most versatile and beautiful of materials for our craftsmen and women.

“But we need to replenish these precious, dwindling assets for future generations and for our depleted landscapes and townscapes.”

The Prince of Wales is patron of the Queen’s Green Canopy, a tree-planting initiative launched in May last year which called on members of the public to plant a tree when planting season began in autumn.

Last month, the Queen said she was “deeply touched” by the public’s efforts as it was revealed that more than 1 million trees had been planted in her name.

The Queen marked 70 years on the throne in February, becoming the longest reigning monarch in British history. She is set to celebrate the milestone with a long weekend of festivities at the beginning of June.