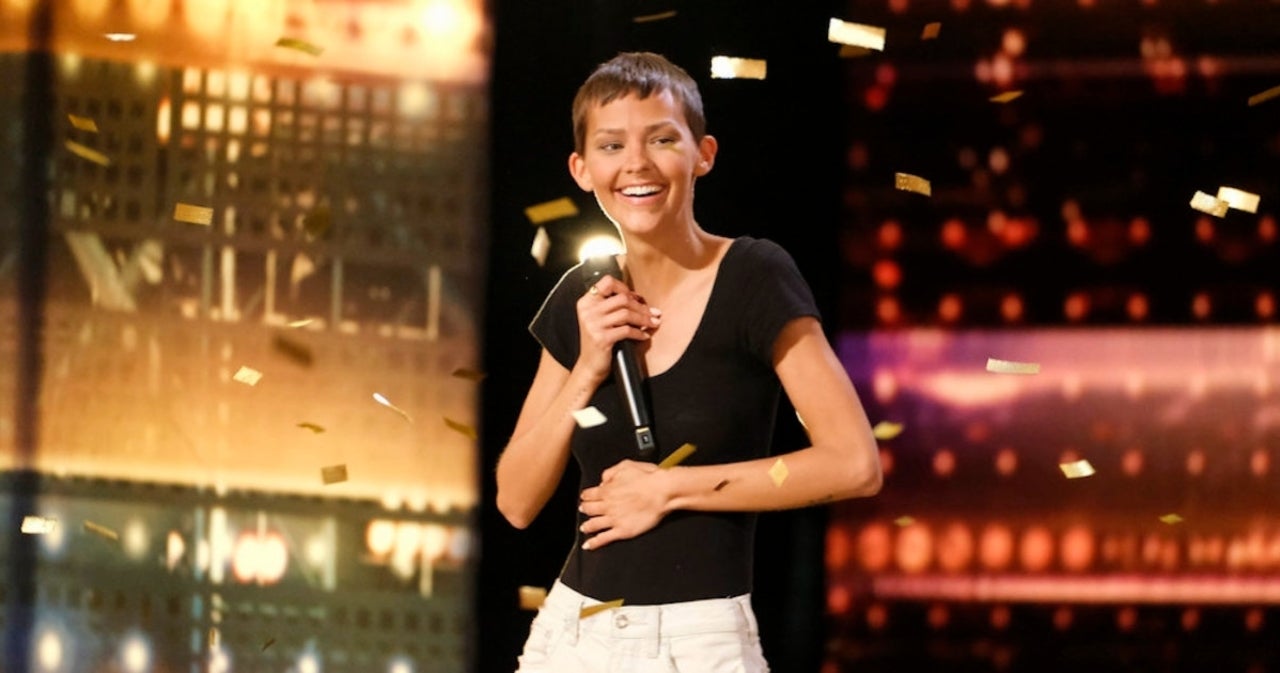 Simon Cowell couldn’t hold back his emotions as singer Nightbirde returned to America’s Got Talent Wednesday to share her appreciation towards the fans and judges after having to drop out of the competition earlier this month to focus on her health amid her ongoing cancer battle. The inspiring singer, real name Jane Marczewski, touched Cowell during her original Season 16 audition, earning his Golden Buzzer, and it was clear the judge still was behind her 100%.

“You made the decision, rightly so, that your health is your priority right now. And I know the last time we spoke you actually said you feel like you let people down. Well, I just want to say, on behalf of all of us, you haven’t let anyone down,” Cowell told her, getting choked up as he spoke. “Even though you haven’t competed, you have already won.”

Nightbirde’s original song, “It’s Okay,” has now been viewed more than 31 million times and had “such an impact on so many people,” Cowell shared as did her courage and outlook on life. “The most important thing is your wellbeing and your health and your recovery. On behalf of all of us here, we send our love, our prayers. We can’t wait to see you again soon,” he said.

Fellow judge Howie Mandel likewise called Nightbirde “the poster human for courage in the face of adversity, for poise, for beauty and for fight.” The musician told host Terry Crews there was “no way” she would have ever imagined the impact of her song. “It’s a song I wrote for myself in the middle of the night when I needed those words so bad and it’s beautiful to see the world welcome that song into their own dark night and I’m overwhelmed by it,” she said.

Thanking the judges for the opportunity to share her story and her music, Nightbirde told the judges, “I think we’re witnessing such a beautiful picture of the human spirit and the triumph of the human spirit, and I think it’s restored my faith in humanity a whole lot to see people come together just over the fact that we all hurt, we all suffer and we all have the potential to overcome.”

Does Darcey Think Her Fans Are Blind (Or Stupid)? • Soap Dirt

This Is What Really Causes Bunions