Humor is a great way to cope with a variety of emotions — stress, anxiety, nervousness — and is often how I deal with situations I don’t know how to react to.

These sisters took their coping mechanism to the next level when they filmed a Tik Tok following a viral trend that involves a song called “Rick and Morty” at their mother’s funeral.

In the viral TikTok, the sister sing “Rick and Morty” in front of their mother’s casket.

Tik Tok is no stranger to wild and outlandish trends, but the “Rick and Morty” dance trend is actually not one of those.

It started when Soulja Boy’s song devoted to the adult swim show, “Rick and Morty,” resurfaced after the Season 5 finale aired earlier this week.

Some teens put the song on and do a dance — asking viewers to rate who did it best or sometimes adding their own twists to it.

One of those twists comes from Tik Tok user @trinbryn who posted a video with her sister in front of their mother’s open casket — singing the song instead of performing the dance. 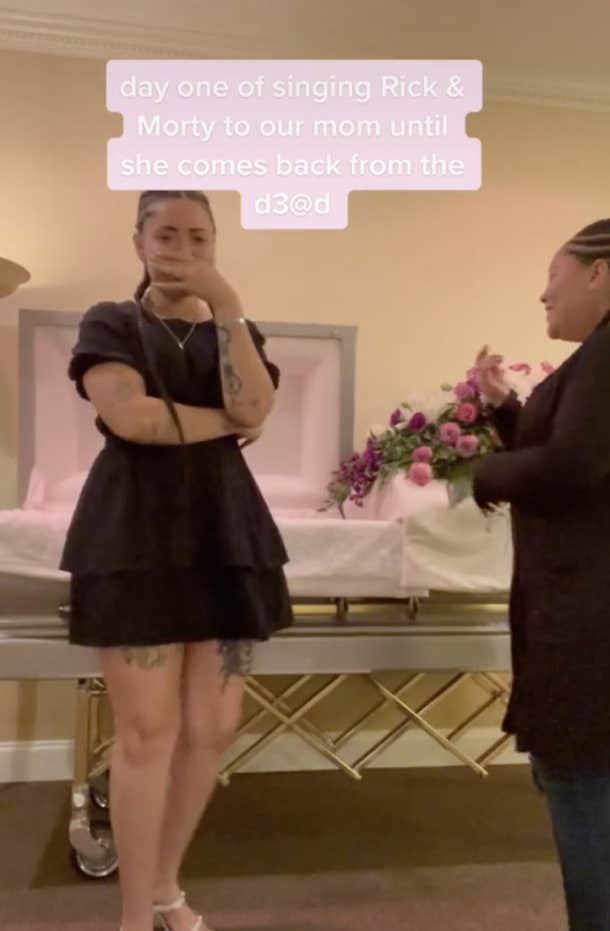 The sisters have been receiving a mixed response.

The Tik Tok, which has received over 9 million views and has been liked by over 2 million people, but has received a lot of criticism.

One of the comments by user @dezi_janette, says “I love dark humor I really do, but this just doesn’t sit right.”

Someone else commented “People mourn diff—” and cut it off with a surprised face, to which the creator replied “it was very therapeutic.”

A lot of people showed their support as well, voicing that their way of processing grief is no one else’s business and if they want to laugh about it then it’s up to them.

To follow up with and reply to all of the criticism that she was facing, the creator made more videos — addressing comments that she had received for her apparent ‘insensitivity.’

“My sister and I wanted to share a moment and have a good time,” she said, “Before we just settled into depression.”

“We have not been laughing about this the whole time,” she said, “We’ve been hurting a lot.” 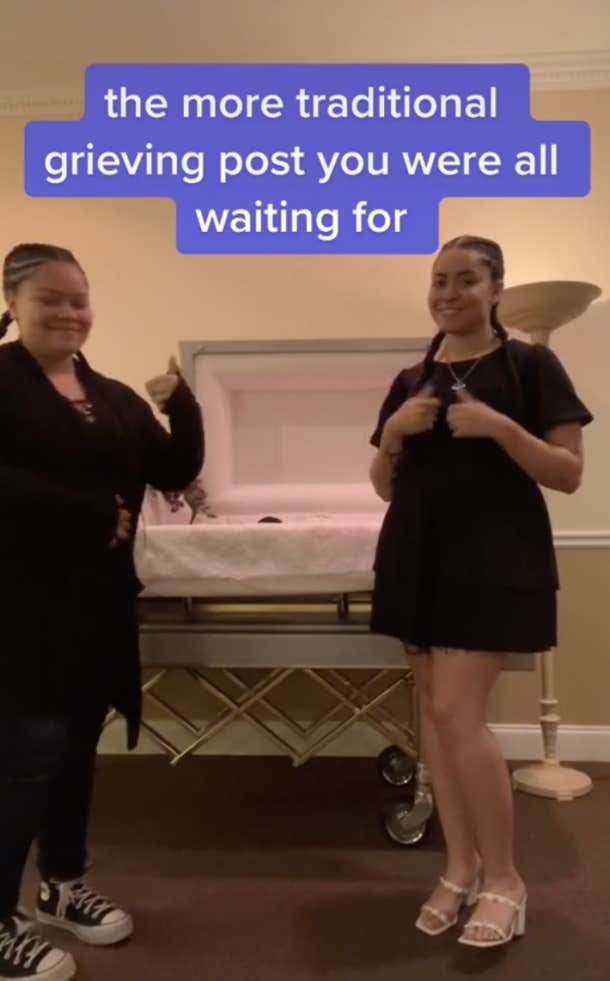 As anyone would after losing a loved one. The creator was the one who picked her mother up from the hospital after she had passed away.

Humor is how a lot of people cope with their surroundings, and there is no such thing as too much.

We asked our experts at YourTango what they thought about using humor to process grief.

“Humor is a great way to deal with sorrow and pain,” said Keya Murthy, a clinical hypnotherapist and spiritual life coach. “Most comics and people who laugh or smile a lot are internally dealing with pain.”

“There are many cultures that sing and dance to grieve their dead,” she said. “The dead do not want their loved ones lost in their grief. Singing and dancing is a great way to honor a beloved who has moved on to higher realms.”

Which is also what a lot of people in the Tik Tok’s comments said as well — that their mother was looking down on them with a smile on her face, happy that they could still find joy in life.

Everyone processes emotions differently, and humor is especially popular among those coping mechanisms to get people through any situation.