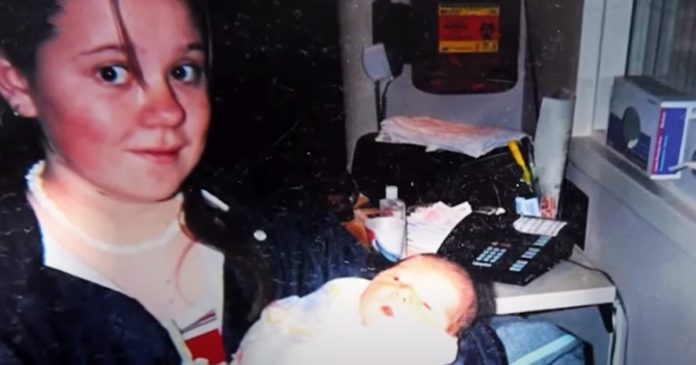 It was just over twenty years after Holly Shearer handed over her newborn to his adoptive parents when she met the son she’d given up for adoption. Depending on one’s perspective, 20 years can be a lifetime. Or it can be in the blink of an eye. Sometimes, it’s both.

Holly was 15 years old and 6 months pregnant when she began searching for a family for the baby that she was soon to deliver. With the help of an adoption agency, she located Angela and Bryan Hulleberg. Holly was particularly drawn to Angela, and she knew that Angela and Bryan would be able to provide her child with all the things that she couldn’t.

“He deserved a mother and a father, a home with a playset in the backyard that he can play on, a dog, all of those things I couldn’t give him,” Holly said.

Angela and Bryan provided all of those things and more to Benjamin. But as grateful as they were for the gift that Holly had given them, they worried about her. They knew that she loved “with her whole heart and soul” the baby she’d carried and given up for adoption.

Mom Hunts For Son She’d Given Up For Adoption

Born in November of 2021, Benjamin had begun trying to locate his birth mother when he turned 18. Since the adoption was a closed one, he knew only that her name was Holly. Likewise, Holly had started trying to find the son she’d given up for adoption; she knew The Hullebergs by first names only.

While Benjamin had been unsuccessful, Holly had been able to identify Benjamin through a Google search and had been observing him on social media for a couple of years.

When Benjamin turned 20, Holly finally reached out, and Benjamin was thrilled. He had wanted to meet her and talk to her and, above all, thank her for her decision to place him up for adoption. Benjamin recognized that her sacrifice ensured him a wonderful life.

Benjamin, Angela, and Holly met for dinner one evening after that initial message. As the three chatted, Benjamin shared that he volunteers in the NICU unit at a hospital. Holly works in the heart center at a local hospital, too. And turns out it is the same one as the son she’d given up for adoption!

Benjamin and his birth mom had been working right near one another for a while. Holly, having noticed in Benjamin’s social media posts that he was a very caring person, may not have been at all surprised that he would do such a worthy activity.

However, that it would be so close was very unexpected!

Ironically, Holly and Benjamin’s family have lived only 5 miles apart in their Utah homes for most of these years. Birth mom Holly and Angela have tremendous love and appreciation and respect for one another, and the bonds now made will last forever!

YOU MAY ALSO LIKE: She Had To Give Up Her Newborn But 80 Years Later, Mother And Daughter Reunion Is Touching

“But Jesus called the children to him and said, “Let the little children come to me, and do not hinder them, for the kingdom of God belongs to such as these.” Luke 18:16

WATCH: Mom And Son She’d Given Up For Adoption Work In Same Hospital

LISTEN: Girl Crushed When Dad’s A No-Show for Father-Daughter School Dance So Brother Steps In | Devoted Dad Fights For Daughter After Mom Puts Her Up For Adoption Without His Permission