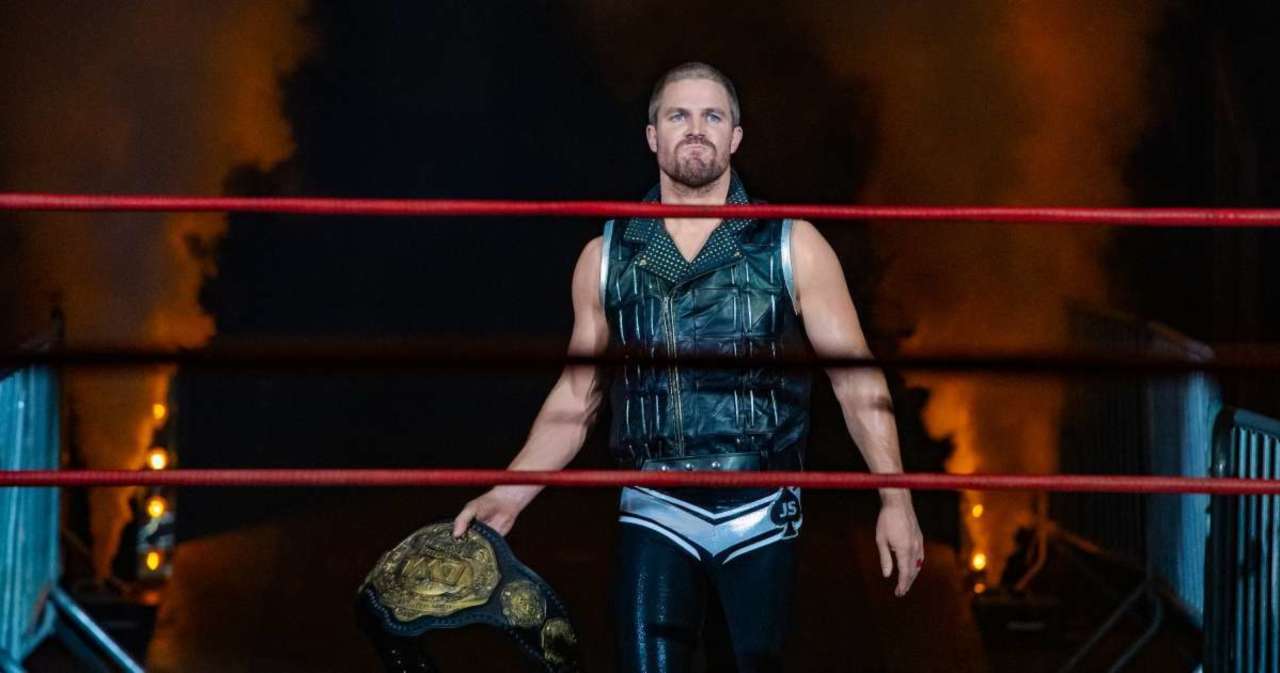 The pro wrestling series Heels is set to premiere on Starz this Sunday, and it will take a closer look into the world in the independent circuit. Stephen Amell stars as Jack Spade who is running the family-owned promotion Duffy Wrestling League. During at roundtable press junket, Amell was asked if he was able to talk to any pro wrestling officials to prepare him for the role.

“I watched Cody Rhodes do this with All In, which I wrestled in on September 1st in 2018, biggest independent wrestling show ever,” Amell said. “It’s a little pat on the back here, so I watched Cody do this and prior to COVID, I was actually going to go on the road with AEW and just watch him book it, watch him promote stuff. And so, I really thought about that, because you have to be responsible for so many things. Sure, you’re responsible for the script and all that stuff, but you’ve had to be with every wrestler, the guys that are young.

“I’m incredibly fortunate to have Cody with me, or to be friends. And because I can’t, outside of Triple H, or Vince McMahon, or Road Dogg Brian James, I can’t think of anyone that would be more knowledgeable and a better guy to lean on. So I’m really, really fortunate because I got to play the version of a very good friend of mine.”

Along with running the promotion, Jack Spade is wrestling and the champion. Jack’s top contender is his younger brother Ace Spade who is played by Alexander Ludwig. Many believe that Ace is the one guy in the promotion who could make it big.

” We have worked really hard to be able to understand characters and to be able to develop characters,” Ludwig said during the press junket. “And that’s what drew me, and Stephen to this world in a lot of ways, was how colorful these characters were, and how complex, but what was really daunting for me was that to be master of anything, you have to make it look easy, right?”