A student choir surprised a captain on his last flight with a sweet impromptu serenade.

Ronald Smith was an airline pilot with United Airlines for 32 years, and today as he is on his last flight from Chicago to Brussels as a pilot as he is all set to retire.

So when student choir of the LGE (Lycée des Garçons d’Esch-sur-Alzette) heard about his retirement, they honored him in the best possible way they knew.

After other passengers got off the plane, the choir remained behind and waited for Ronald to come out of the pit, they then stood in a semi-circle and sang ‘Viva La Vida’ from Coldplay.

I used to rule the world
Seas would rise when I gave the word
Now in the morning, I sleep alone
Sweep the streets I used to own

I used to roll the dice
Feel the fear in my enemy’s eyes
Listen as the crowd would sing
Now the old king is dead! Long live the king!

The teens gave the tune a makeover as they performed an a cappella serenade, the captain must have enjoyed the moment as the crew gathered around him. 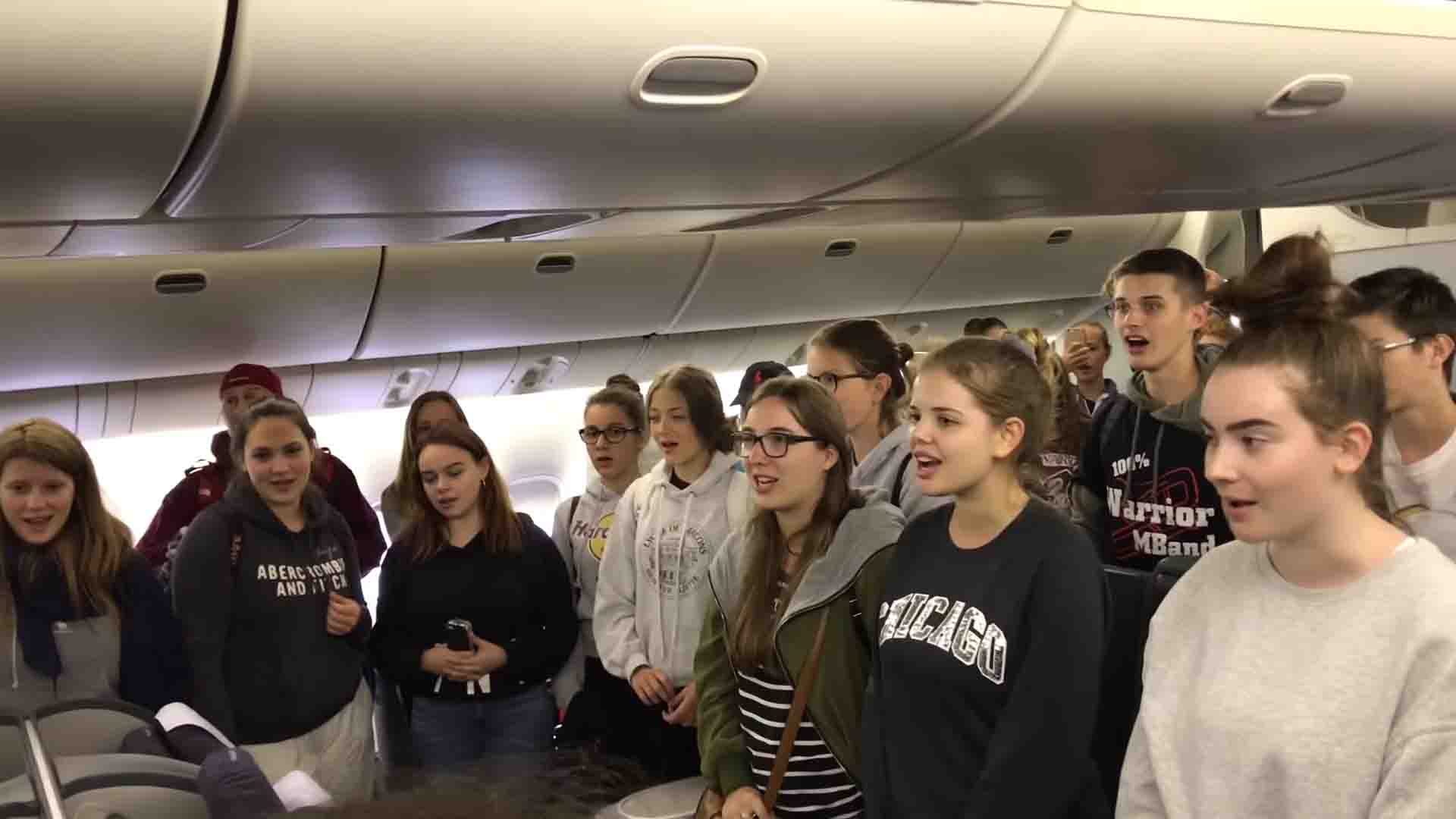 This must have been a truly heartwarming moment for Captain Ronald and we wish him all the best in his next endeavor.

Prince Harry says increase in job resignations should ‘be celebrated’