A new video has surfaced on the internet that showcases an Emu swimming in a river in Australia. The video has caught the attention of netizens.

Social media is flooded with animal videos that capture the cute activities of animals. A new video has surfaced on the internet that showcases an Emu swimming in a river in Australia. Australia Tourism Department has shared the video on their Instagram page. Murray River Trails originally posted it on Instagram.

Emu was spotted swimming in Australia.

According to the caption posted alongside the video, the team at Murray River Trials spotted Emu taking an “afternoon dip” in MurrayRiver, Australia’s longest river. Furthermore, the Australian Tourism department mentioned, “FACT: Emus love the water and are surprisingly good swimmers. Their long, powerful legs allow them to paddle quickly and also reach top speeds of 50km/h on land!”. In the video, Emu can be seen swimming in the Murray River. After swimming ‌in the river, the Emu can be seen going towards the trees. Watch the video here:

The video, since being posted on Instagram, has garnered over 574,750 views and several reactions. Netizens, amazed to see the Emu shared their views in the comments section. One user commented, “Who knew they are such good swimmers? Thank you for sharing”. Another user commented, “Love this.” Finally, another individual commented, “I didn’t know you could swim that well.” Check out some user reactions: 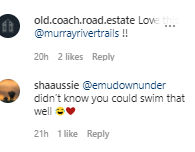 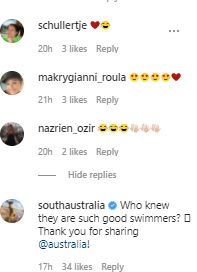 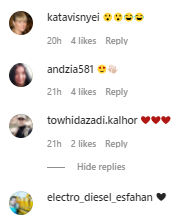 Meanwhile, a video of a Humpback Whale was posted on Instagram. The video shows that a cruise filled with people witnessed a Humpback Whale in Australia. This stunning video can make anyone gasp in awe. In the video, it can be seen that the crew members of the SeaWorld cruise were clicking pictures of a Humpback Whale that was swimming near the surface of the water. The whale was slowly gliding his mouth above the surface of the water. The films, which were shared on Instagram, are a total joy to watch. From the official Instagram page of the Australian tourism department, this video was posted with a caption as, “just popping by to say g’day!  The team at @seaworldcruises were over the moon with this up-close encounter with some friendly #HumpbackWhales. This incredible interaction is just one of the many special experiences they’ve had in the waters around @destinationgoldcoast.”

Is Alan Jackson all right? The battle with ‘non-curable’ diesease is revealed by a country singer.

Amber Portwood’s ‘Homewrecker’ video has landed her in hot water.