In his recent appearance on the show “Bride X Club,” Leeteuk shares what his dream wedding is like.

At some point in our lives, we have thought about the kind of wedding we would like to have in the future at least once, and it’s no different for Super Junior’s leader, Leeteuk!

Back on September 29, Leeteuk made a guest appearance on the JTBC variety talk show, “Bride X Club,” where Leeteuk talked about what he hopes to have in his future wedding.

While talking about weddings on the show, Leeteuk surprised the female hosts with his rather grand dream wedding. “I want to have my wedding at the Jamsil Olympic Stadium with my fans occupying the seats,” Leeteuk said.

IN CASE YOU MISSED IT: BTS, Super Junior, & More are the Winners of Online Voting for the ‘2021 The Fact Music Awards’

He added, “Well, I don’t know if my fans would like to come to the wedding, and they might end up getting upset or annoyed, but I would like to just make my wedding a fun event.”

Leeteuk also shared the other details that he wants to have at the wedding, such as a live performance from the “Sorry, Sorry” singers themselves, Super Junior!

“During the first half of my wedding, Super Junior will perform. It will be like a mini concert of Super Junior’s. Maybe I will even invite some of my [SM Entertainment] labelmates to perform as well,” Leeteuk shared. 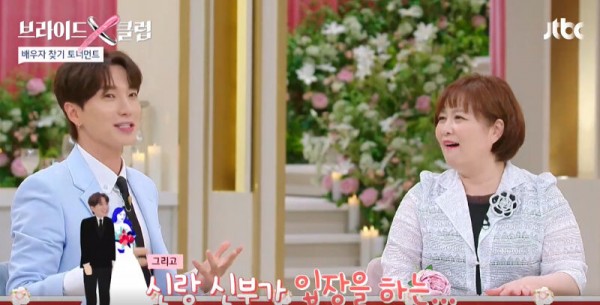 And what’s a grand wedding without a grand entrance? According to Leeteuk, he wants the real ceremony for the wedding to begin in the second half of the event, with a helicopter dropping him off at the main stage when the second half begins!

“After that, my bride and I will be walking down the aisle together. That is my dream wedding,” Leeteuk adds.

IN CASE YOU MISSED IT: Super Junior Ryeowook Slams His 10-Year ‘Fan’ Who Accused Him of Ripping off Fans + Alleged Fan also Criticized His Weight 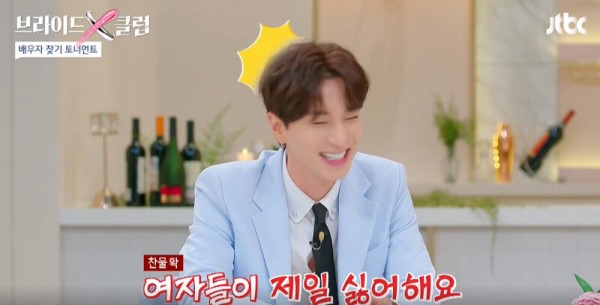 After hearing his dream wedding, all of the female hosts on the show shook their heads from side to side and teasingly told Leeteuk that his dream wedding was the kind of wedding that girls would absolutely hate.

Host Park Hae Mi added, “When you get off the helicopter, the bride below will fly away,” making the others laugh.

Meanwhile, Super Junior is set to perform at the 2021 The Fact Music Awards on October 2, KST.

IN CASE YOU MISSED IT: Super Junior Heechul to Play Drums at the 2021 The Fact Music Awards

What are your thoughts on Leeteuk’s dream wedding?