A young Australian woman got the fright of her life after she found a massive spider and dozens of her babies inside her bedroom window.

Jessica Allen, 20, found the unwelcome guests in her Sydney home as she was going to bed, seeing a dark patch on her wall before realising the patch was actually alive.

She posted a video to her TikTok page on Saturday zooming in from the shadowed shapes from afar before showing the spiders up close. 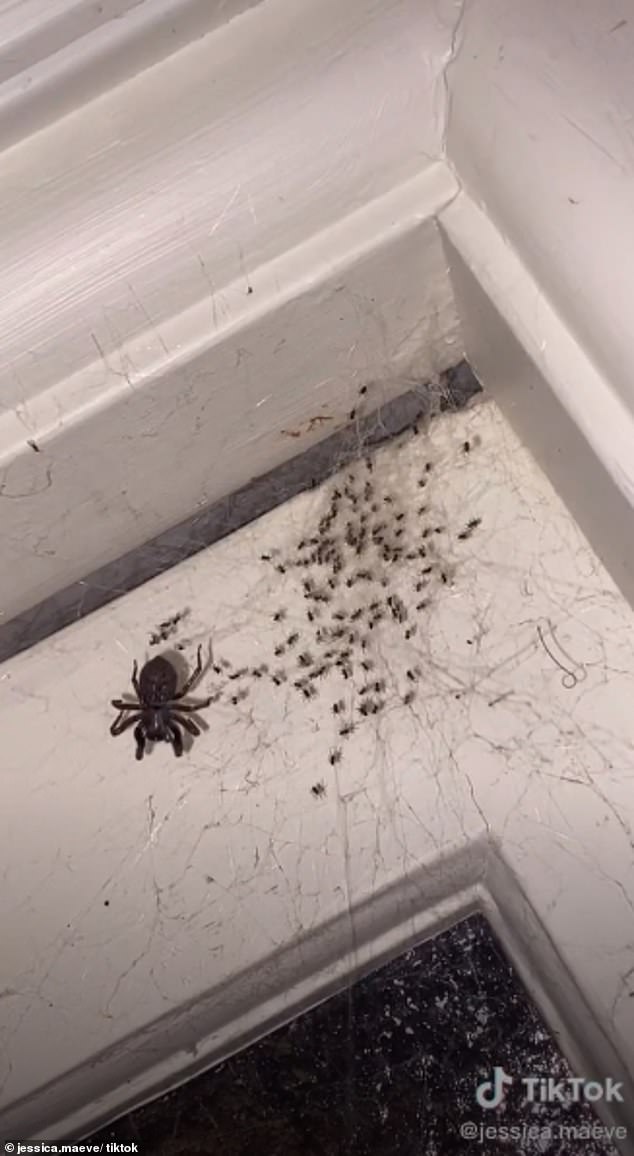 Ms Allen posted a follow up clip on Sunday after her first video went viral, with over 467,000 views and more than 1,800 comments.

In the second clip, she informed her followers of how the spiders were dealt with, filming her mother using a plastic container and piece of paper to trap the spiders before releasing them outside.

She said that while the spider was ‘good kind of spider’ that is ‘happy to chill on my windowsill and eat bugs and flies,’ she would rather they live outside of her room. 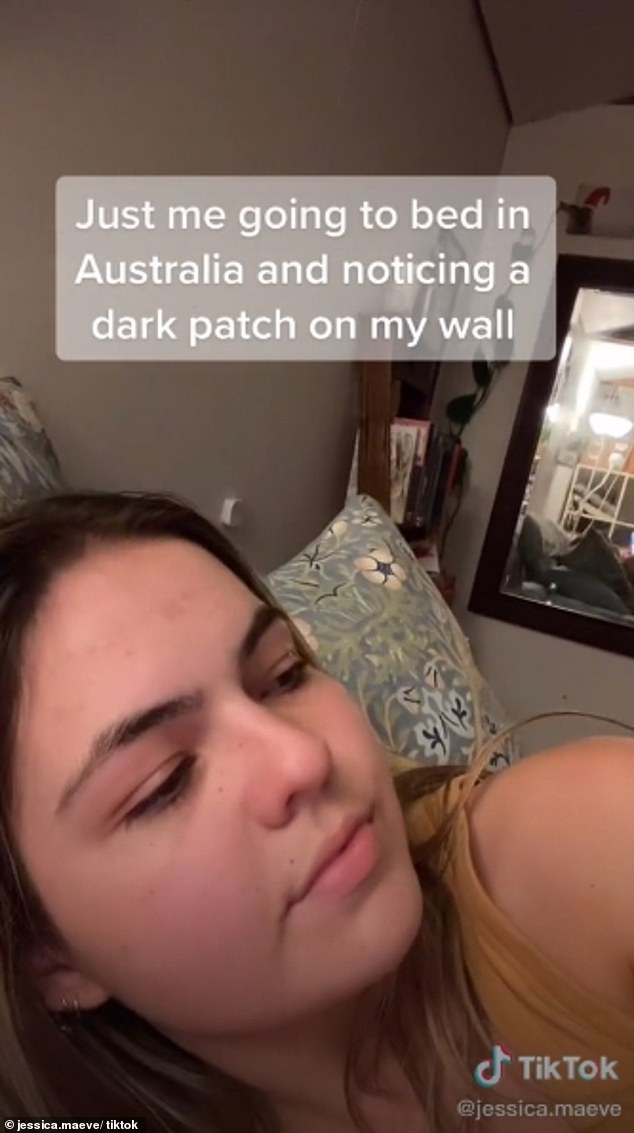 The video titled ‘Get the vacuum lads’ went viral with over 467,000 views in just two days

‘Today is no longer a destroy mission, it is a relocation mission,’ Ms Allen said in her video.

She remarked at the end of her video that while the mother spider was still hiding in the crack of her window frame, most of the baby spiders were able to be relocated.

Titled ‘Get the vacuum lads’, the first video sent toes curling, with some viewers expressing their horror at the scene.

‘You get the lighter, I’ll get the deodorant,’ wrote one.

‘Fire…just all of the fire,’ said another.

‘As soon as I heard “in Australia” I knew it could only go downhill from there,’ one commented. 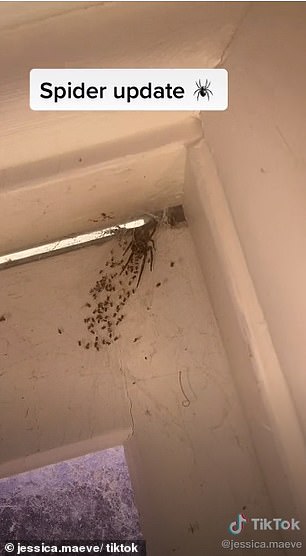 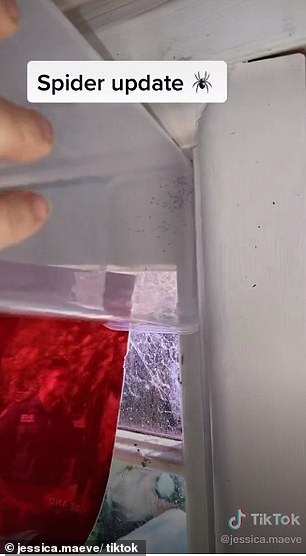 Ms Allen posted an update on Sunday showing the spiders, saying that while they were the ‘good’ kind of spider they were not welcome in her room

One simply wrote: ‘Get me the bloody bug spray.’

Others shared their own spider stories, with some writing that they recognised it as a ‘friendly’ spider.

‘They’re the good type of spider…they eat the bugs and usually leave people alone,’ commented one.

‘Last week I had them in my office the whole way round in the corner crevice. Not the first time,’ wrote another.