The best new TV and films to stream this week

STRUGGLING to decide what to watch this week?

Well don’t worry, as The Sun’s TV Mag is here to help navigate through the many different streaming services available to bring you the top picks.

The tough, run-down streets of Detroit provide the backdrop for this sensational new eight-part series, based on the true story of brothers Demetrius ‘Big Meech’ and Terry ‘Southwest T’ Flenory. Back in the late 80s and 90s, the pair transformed themselves from small-time street drug dealers to the bosses of one of the most powerful crime organisations in the US, the BMF – the Black Mafia Family – making hundreds of millions of dollars along the way.

With echoes of shows such as Narcos, The Wire and even Peaky Blinders, it’s dramatic, compelling and cinematic. It also comes armed with some remarkable performances, particularly from Demetrius ‘Lil Meech’ Flenory Jr, who’s utterly magnetic in the role of his own dad, Big Meech. Keep your eyes peeled for some scene-stealing star names later in the series as well, including Eminem – making a rare appearance – Snoop Dogg and Kash Doll.

Inevitably, some will argue that the show glamorises violence, crime and the drugs trade – and there’s certainly a great deal of all three involved. But it’s also careful to show the causes and consequences of the brothers’ choices. Indeed, the opening episode is as much about the tensions between the brothers and their proud, respectable parents, and the realities of life on the street, as it is about flash cars and fast living.

So while it won’t be for everyone, the performances, scale and scope of the show are seriously impressive. Oh, and the soundtrack’s pretty awesome too. Episodes weekly from Sunday.

My Life Is Murder – ACORN TV

For some, she will always be Xena: Warrior Princess. But Lucy Lawless is equally kick-ass – in a different way – in crime drama series My Life is Murder, which returns this week for a second series.

Lucy plays Alexa Crowe, a retired cop turned brilliant private detective, regularly called in to investigate puzzling murders Down Under. Series two starts with Alexa visiting her native New Zealand for the the first time in many years, and swiftly being asked to use her sleuthing skills to explain an unsolved murder.

With plenty of humour and warmth and some surprising guest stars – hello Bill Bailey and, incredibly, the William Shatner – it’s an unexpectedly charming treat.

Episodes one and two are available Monday, followed by new episodes weekly.

Little known fact: Demi Lovato loves UFOs. Yes, the pop sensation is a confirmed believer in the idea that little green men are regularly popping by Planet Earth to take a look at what we’re getting up to. And now, in this new four-part docuseries, Demi goes on a journey to find out the truth.

“I had this weird experience that happened to me in Joshua Tree,” says the singer, recalling a close encounter they once had with a UFO. “It moved in these weird ways that a plane wouldn’t move. My goal is to find out what really happened.”

Along the way, Demi’s joined by sceptical best friend Matthew Scott Montgomery and sister Dallas. Together they meet experts and other believers, studying the evidence, visiting UFO hotspots and looking into the idea that interplanetary visitors might already be among us.

“What if extra-terrestrials aren’t travelling light years to visit us,” asks Demi. “What if they’re already here, waiting for us to reach out?”

Can Demi prove once and for all the existence of ET? Spoiler alert – funnily enough, the jury’s still out – but that doesn’t stop this from being a thought-provoking and enjoyable unsettling ride. Available from Friday.

A musical about the highs and lows of Princess Diana’s tumultuous life was never going to be everyone’s cup of Earl Grey. And inevitably this new production has already ruffled a few feathers, long before its expected December Broadway opening, with accusations of bad taste being flung furiously in its direction.

Fortunately, fans of the late icon can now decide for themselves whether it’s a worthy tribute, thanks to this specially filmed performance of the stage show.

And while, yes, there is something undeniably bizarre about seeing the likes of Paul Burrell, James Hewitt and Camilla being immortalised in song, no one could deny that it’s a spectacular affair, or that Jeanna De Wall, who plays Diana, gives it her all. Available from Friday.

The dramatic unmasking of Gary Glitter as sex offender in the late 90s came as a big shock to his followers – but were the signs of his depravity there all along? In a new episode, the Faking It team turn their spotlight on to the fallen pop star, examining archive interviews from prime-time Saturday-night TV shows, a revealing Big Breakfast chat he did with Paula Yates, dramatic courtroom moments and more.

New Zealand has produced some brilliant comedy in recent years, with Flight Of The Conchords, the What We Do In The Shadows movie and all proving global hits. Now here comes another cracker.

Six-part series Good Grief follows the struggles of sisters Ellie and Gwen (played by the show’s creators, real life sisters Eve and Grace Palmer), whose lives take a turn for the strange when they inherit their grandfather’s funeral parlour.

Mixing the laughs and visual style of shows like Stath Lets Flats , with the heavy subject matter of Six Feet Under, it’s silly, tender and smart – and a lot of fun.

“They say: ‘If you don’t laugh, you’ll cry’,” say Eve and Grace. “But we hope that in watching this dark comedy about life and death, you’ll be able to do both.” Dead funny. Available from Thursday, also on Sundance now via Amazon Prime. 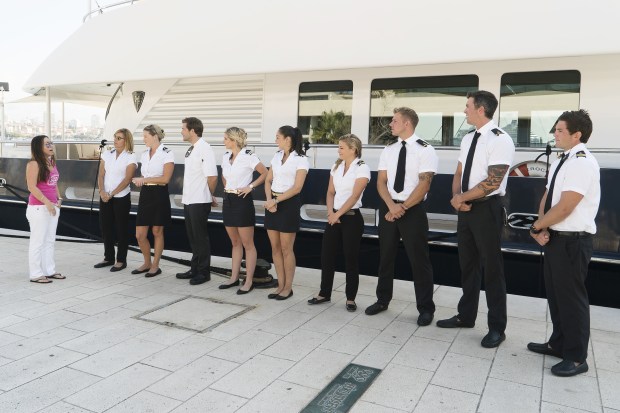 The reality of life aboard some of the world’s most luxurious super-yachts is revealed in this hugely addictive show. Season six has recently set sail, this time following the crew of the Lady Michelle as they navigate the choppy waters of life and love, and attend to the whims of no-nonsense Captain Sandy and the rich passengers.

It might not have the sun-drenched setting of somewhere like Beverly Hills, but Britain’s own take on the <Real Housewives> franchise is just as fiery and fabulous. Brimming with bitchiness and bling, feuds and friendships, the often-outrageous adventures of Tanya Bardsley, Lauren Simon, Seema Malhotra and the gang are always a joy to behold.

Being an estate agent has never seemed so glamorous. This riveting fly-on-the-wall series takes a peek at the daily highs and lows of staff at the Oppenheim Group, a high-end real-estate firm based in Los Angeles. Spend a little time with agents Chrishell Stause and Christine Quinn, and you’ll realise their personalities are as big as the homes they sell.

From Fleabag to This Way Up, Chewing Gum to Back to Life, we’re in the middle of a golden age of comedies written by and starring brilliant women. Sophie Willan’s wonderful six-part series is another to add to that growing list, following the messy, complicated day-to-day trials of Alma, an unemployed, single young woman who grew up in the care system. Unafraid to tackle difficult subjects like mental health, addiction, abuse and grief, it’s clear Sophie has a real gift for finding heartfelt humour in the darkest of places. Alma may not be normal, but she is very funny.

This gloriously chilling seven-part horror thriller takes us to creepy Crockett Island, where the arrival of odd new priest Father Paul (Hamish Linklater) coincides with some very strange and unsettling supernatural events. Before long, a powerful religious fervour takes hold of many of the islanders – but have they been possessed by something truly terrifying? Dripping with suspense and dread, it should come as little surprise to hear that the series, which also stars Kate Siegel and Zach Gilford, is the work of Mike Flanagan, the man behind The Haunting Of Hill House and The Haunting Of Bly Manor.

Celebrity SAS: Who Dares Wins – All 4

Who doesn’t love watching a bunch of pampered celebrities being pushed to their physical and mental limits by a crack team of relentless, shouty ex-special forces blokes? The third series of Celebrity SAS – the last to feature chief shouty bloke Ant Middleton – has somehow managed to be even more intense and brutal than ever before. So much so, there’s a small chance you might find yourself feeling a little bit sorry for the likes of Kerry Katona, Alexandra Burke, James Cracknell and Jake Quickenden. But only a very small chance. Gruelling and gripping.

It’s easy to see why this eight-part thriller about a family man, Nick (Adrian Grenier), who’s abducted and then paraded online admitting to terrible crimes, has been such a hit. Armed with regular plot twists and cliffhangers, a slow drip-feed of clues and a charismatic cast, it’s expertly designed to keep viewers gripped. It also plays upon the dangers of revealing too much about your life on the net, something many of us can relate to. Fans of series like The Sinner and The Undoing will find themselves hooked.

The recent 20th anniversary of the 9/11 terrorist attacks resulted in several new and deeply affecting documentaries. This exhaustive and eye-opening five-part series from director Brian Knappenberger examines the causes of the attacks, analyses who carried them out and how the world has changed in the two decades since. Featuring powerful archival footage and interviews with witnesses, politicians and family of the victims, it’s an important and enlightening series that adds to our understanding of that awful day and why its aftershocks are still being felt. 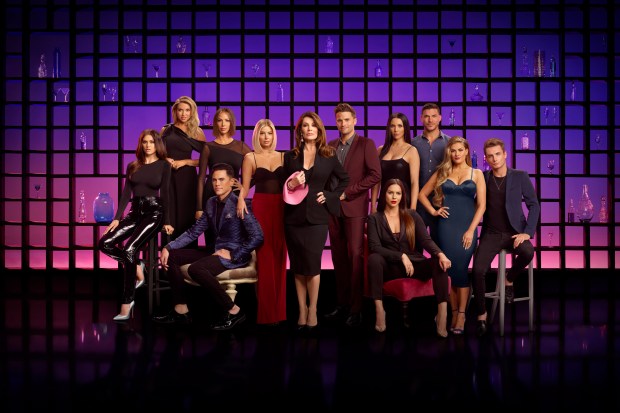 Originally a spin-off from The Real Housewives Of Beverly Hills, fly-on-the-wall reality show Vanderpump Rules quickly took on a life of its own, darling. Turning the spotlight on to Brit Lisa Vanderpump and the staff at her West Hollywood restaurant SUR, its first eight series have proved addictive and explosive, featuring drunken fights in parking lots, spectacular tear-stained weddings, a catastrophic joint hen and stag do, and countless meme-tastic quotes and put-downs.

Now it’s back for a ninth run – though the show’s return is something of a miracle. To say the last year has been difficult for SUR would be an understatement. Not only did the pandemic take its toll on the business, but original cast members Kristen Doute and Stassi Schroeder were fired after a former co-worker claimed they’d filed a false police report against her. Then, Max Boyens and Brett Caprioni were let go after the emergence of past racist tweets.

Lisa, however, is a fighter and this season we see her reopening SUR after Covid and getting back to what she does best: being a fabulous, unflappable mentor to her staff. Meanwhile, Scheana Shay has a new baby daughter and partner to cope with, Tom Sandoval and Tom Schwartz have come up with a concept for their own bar, and Ariana Madix finds herself caught in the middle of several arguments.

Sit back, enjoy and remember: it’s not about the pasta.

Available on hayu from Wednesday

TV Mag is available every Saturday, only in The Sun.

‘If’ from DIANA A True Musical Story, performed by Jeanna de Waal and accompanied by David Bryan

Do you have a story for The Sun Showbiz team?