Tori Spelling and Husband Dean McDermott Still Not Sleeping in Same Bed Together, Spotted Without Rings 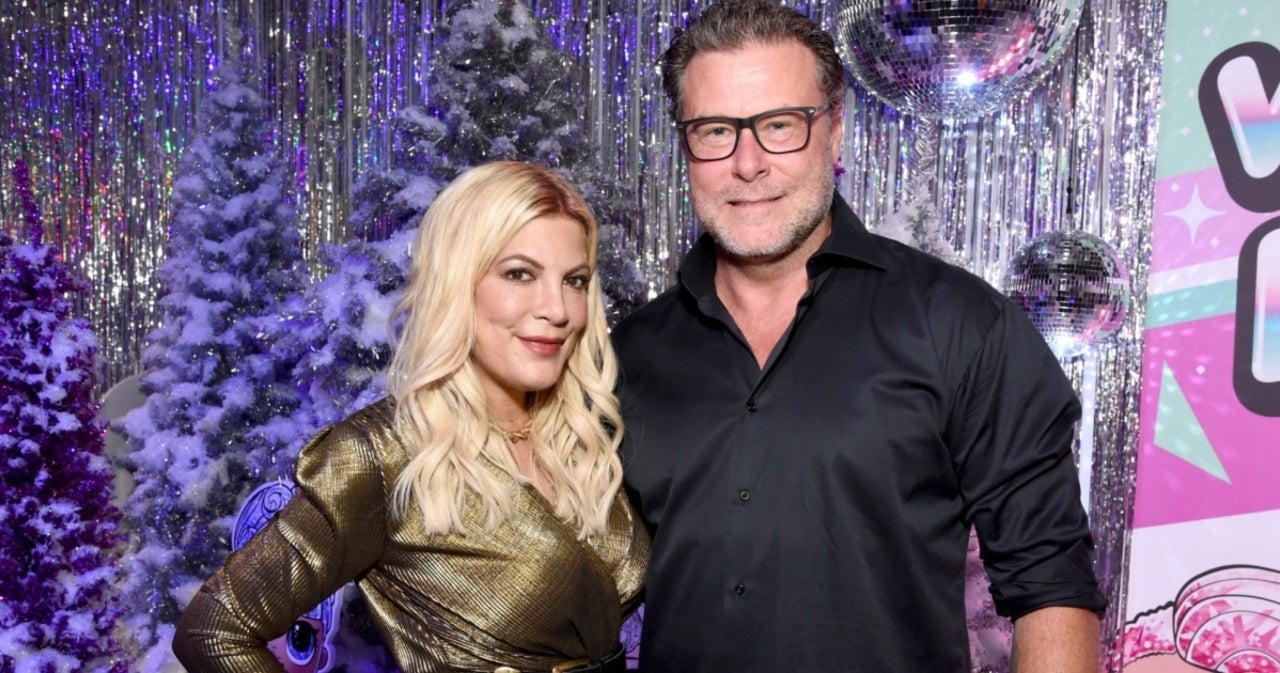 Rumors about Tori Spelling and Dean McDermott‘s marriage persist, with further confirmation that the couple is not sharing a bed. In a new Instagram story, Spelling shared a video of her two sons, Beau and Finn, piled in her bed in their pajamas with the caption “my 2 little men.” In the video, Beau is seen playfully kicking his mother while Finn asks “is mom on drugs” before insisting that she turns the camera off. Spelling replies “just five kids drugs.”

Spelling has also been seen out and about without her wedding ring. Spelling hinted at the problems in an interview on SiriusXM Radio Andy’s Jeff Lewis Live in June, when host Jeff Lewis asked, “What is really going on? Are things OK? Because I feel like the last time you were here things were good, you were having sex. Are you guys sleeping in the same bed?”

“You know what, right now my kids and dogs sleep in my bed,” Spelling replied. “[Dean’s] in a room.” Spelling and McDermott share five children, Liam, 14, Stella, 13, Hattie, 9, Finn, 8, and Beau, 4. “Since he left, this is not good, you guys. But since he left, he was gone for six months filming in another country. They all stayed with me,” she explained. “So I currently still have four in the bedroom with me who have yet to go back to their rooms. They have beds in there and two sleep in bed with me. And pets. Three dogs.”

“OK, so that’s different than the last time you were here,” Lewis replied. “Maybe not. You never asked me that. You did not ask about sex,” Spelling insisted. “I did ask you about sex and you said you were having sex,” Lewis said in reply. “You’re a liar,” Spelling responded. “When you get really excited, I can tell how great your eyes look like. I haven’t seen his eyes shine like this in years. When he’s trying to like call me on my s—.”

Spelling and McDermott married in 2006 and have had some serious ups and downs over the years. Over Christmas, the couple had fans speculating about the state of their marriage after McDermott didn’t appear in her family’s holiday photoshoot, and in March Spelling was spotted without her wedding ring. Split rumors were fueled later that month when the actress remained quiet on her 90210MG podcast after former co-star Jennie Garth gushed about her husband, making no mention of McDermott in the conversation about spouses. Those split rumors only increased in May, when neither Spelling nor McDermott took to Instagram to celebrate their 15th wedding anniversary, but neither star has officially addressed if they are separated.

Britney Spears’ best friend no longer has her phone number