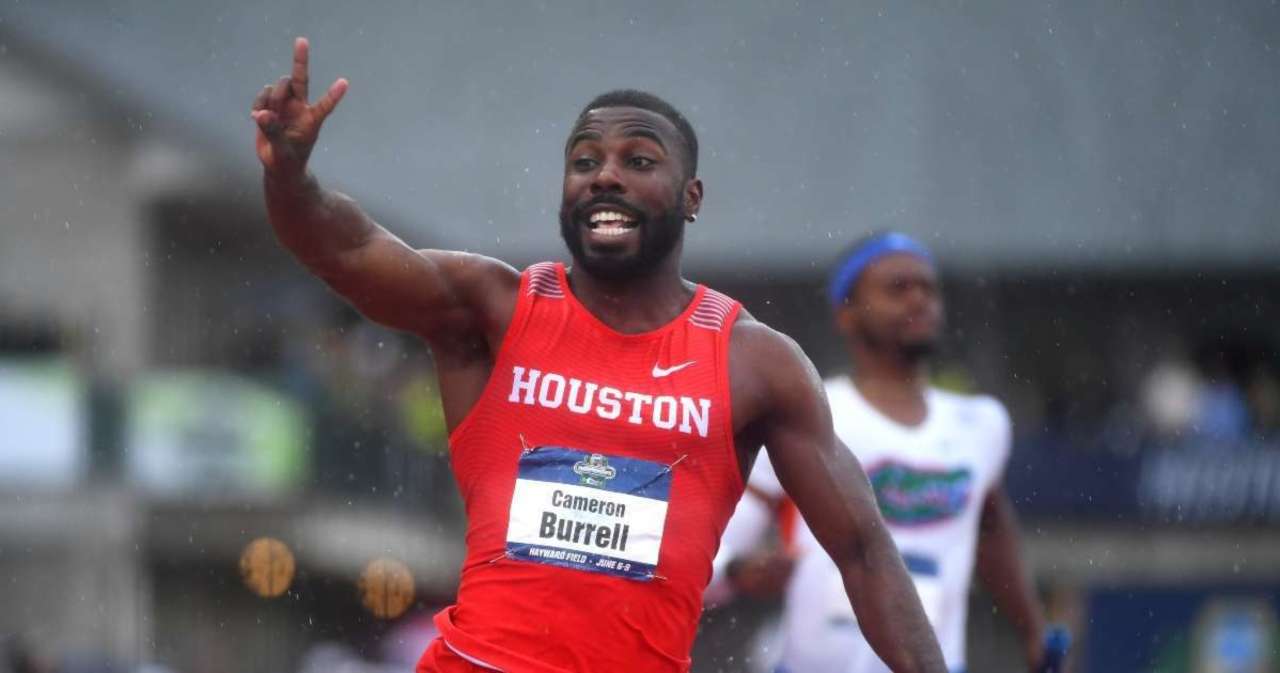 The cause of death for track star Cameron Burrell was revealed. According to TMZ Sports, Burrell, the godson of Olympic legend Carl Lewis, died by suicide. The records indicated that the manner of death was ruled a suicide after his body was inspected by a medical examiner this week. The official cause of death was listed as a “gunshot wound of the head.” TMZ Sports also said that Burrell died in a parking garage in Houston, Texas.

Burrell’s death was announced on Monday by the University of Houston, which is where Burrell won multiple championships. His father, Leroy Burrell, is the head coach for the men’s and women’s track and field teams and released a statement on his son’s death.

We are devastated by the unexpected passing of alumnus Cameron Burrell. We offer our sincerest condolences and support to the Burrell family and all who knew him, including Cameron’s many friends, coaches and teammates. pic.twitter.com/Wnjb12knIh

“My family is extremely saddened with the loss of our son, Cameron, last night. We are going through profound sorrow and ask that all of our friends, extended University of Houston family and the track and field community in the U.S. and abroad allow us to gather with our closest family and friends,” LeRoy said. “We are profoundly grief stricken, and thank everyone for the outpouring of prayers and support. We will forward more information when it is available.”

Cameron competed at Houston from 2013 to 2018. He had a successful run with the Cougars, winning the NCAA individual national championship in the 100-meter. He also ran the anchor leg of the 4×100-meter relay team, which led to the cougars winning the national title in the event. Cameron comes from an athletic family as Leroy earned a gold medal for the 4X100 relay at the 1992 Olympic Games in Barcelona. Carmon’s mother, Michelle Finn-Burrell, also won a gold medal at the 1992 Olympics for the same event.

“Words cannot express how we feel for Leroy, Michelle and their family. Cameron grew up around the Houston Athletics Department, worked hard and developed himself into one of our greatest Track and Field stars,” Vice President for Athletics Chris Pezman said. “To lose him so suddenly is tragic. We ask all University of Houston and track and field fans to keep Coach Burrell and his family in their thoughts and prayers.”

Who Is Tim Drake in ‘Titans’? What Happened to the Original Robin?