Tennis icon Venus Williams, 41, has been searching for the perfect man for many years now. Now she appears to have found him. According to reports, Venus is now dating British formula one race car legend, Lewis Hamilton.

The two were seen sitting together at last night’s Met Gala, and according to multiple sources – they looked very much like a happy couple.

They also kept the night going by attending an after-party. We obtained pics of the two trying to sneak into Rihanna’s afterparty together. Check out the picture that is currently making rounds online below: 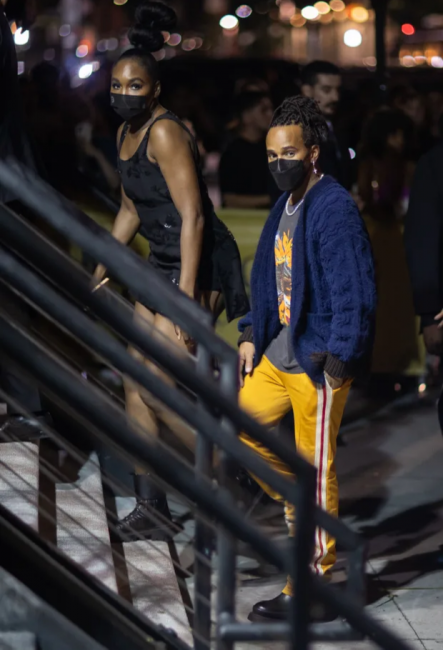 Lewis is the #1 British racing driver. He currently competes in Formula One for Mercedes, having previously driven for McLaren from 2007 to 2012.

In Formula One, Hamilton has won a joint-record seven World Drivers’ Championship titles (tied with Michael Schumacher), and holds the records for the most wins (99), pole positions (101), and podium finishes (175), amongst others.

He also has a net worth of close to $1 billion.

Venus ia a professional tennis player. A former world No. 1 in both singles and doubles, Williams is widely regarded as one of the all-time greats of women’s tennis. Along with younger sister Serena Williams, she is credited with ushering in a new era of power and athleticism on the women’s professional tennis tour.

Along with her 22 WTA doubles titles and two mixed doubles titles, Venus’ combined total of 73 WTA titles is also second among active players behind Serena.