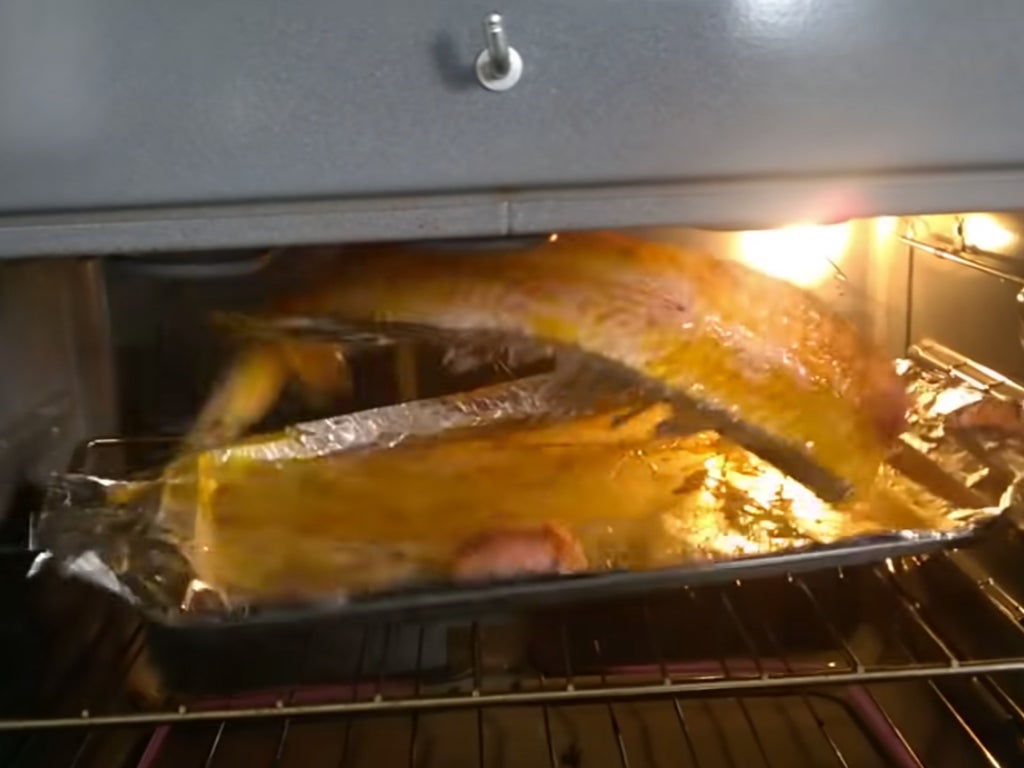 We’re told as children: “Don’t play with your food”, but one viral video proves that food can sometimes play with us…

The clip showing a large piece of fish apparently jumping around in the oven has left viewers stumped across social media, with commentators admitting it has messed with their heads.

The footage shows the substantial fillet begin to twitch ominously on a tinfoil covered tray before leaping up and down as though there was some sort of earthquake in the kitchen.

Eventually the violent jerks subside, but we’re not sure we’d be all that keen on tucking into the meal after witnessing alarming acrobatics.

The recording was originally posted on YouTube five years ago – racking up more than 3.2 million views on the platform – but it has recently been doing the rounds again after being shared on Reddit.

Most people expressed their horror and bafflement at the video, with one commenting: “This is scarier than any horror movie I’ve ever seen.”

And a third said: “Every time I see stuff like this, I want to go vegetarian again.”

Others attempted to offer logical explanations for the apparent phenomenon, with one suggesting it was the pan that was causing the movements, not the fish itself.

They said: “I had a cooking sheet that would do this every time it was in the oven. Hard to tell from the video but [it] could be the pan popping in the heat.”

Meanwhile, others insisted it was to do with how recently the animal had been butchered.

“When you put salt on very fresh meat it can cause the muscles in the meat to contract,” one YouTuber wrote.

“This in turn can cause a dead fish to flop, a dead octopus to ‘walk’ and a dead frog to kick. What likely happened here is that the person put rock salt or a salt-heavy marinade onto the fillet for roasting, causing the fillet to spasm.”

Another agreed, saying: “Because of the fish’s nerves, they keep moving and jumping up and down. This means that the fish is very, very fresh, like maybe a few hours since it died.”

Their reasoning prompted one viewer to remark: “Damn this takes ‘so fresh it’s jumping off the plate’ to a WHOLE new level!”

Tuchel says Lukaku has makings of being next Chelsea captain as Azpilicueta hails £97.5m striker as a ‘leader’