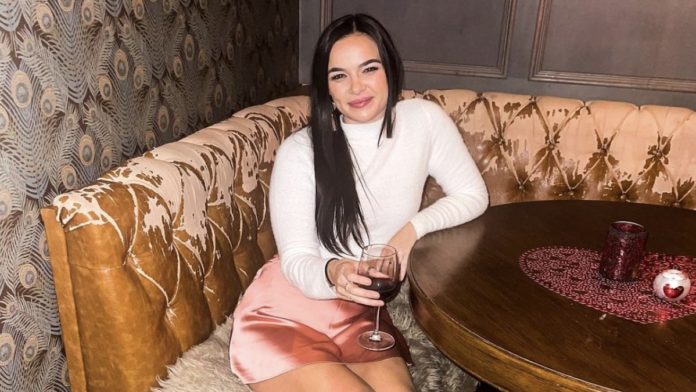 A lot has changed in the last 365 days for Married at First Sight former bride, Virginia Coombs.

Despite saying yes to forever with commercial pilot, Erik Lake on Decision Day of the hit reality series, the two called it quits less than a year after tying the knot.

Celebrating Valentine’s Day a lot different than last year, the 27-year-old revealed filming for the MAFS Season 12 reunion also happened to fall on the love-filled holiday.

While it feels like the women of Atlanta have known each other since before the show, it was only a year ago they reunited to film the dramatic reunion to their MAFS journey.

Reposting Clara Berghaus’ photo of the 4 brides, Virginia wrote, “Miss you even though I see you at least weekly.”

Sharing her own memory with fellow Season 12 bride, Haley Harris, the account coordinator captioned the photo, “Yes, we had to film [the] reunion on Valentine’s last year. See you tonight @haleyharris.”

What happened to Erik and Virginia on Married at First Sight?

Sharing sparks of instant chemistry on their wedding day, as the newly married strangers spent more time together, their list of dissimilarities only grew.

The 8-year age difference between them didn’t seem like a problem at first but the pair soon learned that the topics they didn’t agree on, were major ones.

In two completely different phases in life, the reality TV couple had different views on what marriage ultimately looked like.

Starting a family became a major point of contention for the two, with Erik more than ready to have children, and Virginia questioning if she ever would be.

While the couple chose to stay together and appear on the MAFS spinoff, Couples Cam, it only gave viewers a front-row seat to how the divorce unfolded.

Revealing it was Erik who initiated the divorce, Virginia was hurt but didn’t seem necessarily surprised.

Despite not finding her forever partner on the Lifetime show, it’s clear she found lifetime friendships amongst the cast.

Virginia even spent her Valentine’s evening on a dinner date with Haley.

Married at First Sight airs Wednesdays at 8/7c on Lifetime.