What happened to Below Deck’s Captain Lee?

AS Below Deck’s ninth season prepares to air in October, fans of the show are speculating why Captain Lee will be left out of the season.

The trailer for the new installment dropped on Instagram on August 19, 2021.

What happened to Below Deck’s Captain Lee?

In the trailer for season 9 of Below Deck, Captain Lee revealed he wouldn’t be featuring in the show.

“I have a condition,” he can be heard telling first officer Eddie Lucas when the clip begins. “The whole boat is your ballgame now.”

Captain Lee did not expand on much more in the trailer on his “condition.”

Captain Sean Meagher will step in for Lee to navigate the My Seanna ship through the waters of St Kitts in the Caribbean.

“We’re leaving the dock with a new captain and new crew,” Lucas says. “Tensions are high.”

However, in the trailer Lee does return to the ship a little later in the season.

How much does the Below Deck cast make?

According to Refinery 29, the cast of Below Deck makes quite a hefty salary for doing their jobs on “yachties”.

The outlet reports that on a yacht the size of the My Seanna, a second and third stewardess earns an average of about $5,000 per month.

However, that’s not including tips the whole crew receives from guests on the boat.

Throughout the season, the crew reportedly reels in around $15,000 per person in tips for about six weeks of work.

Who are some notable Below Deck cast members? 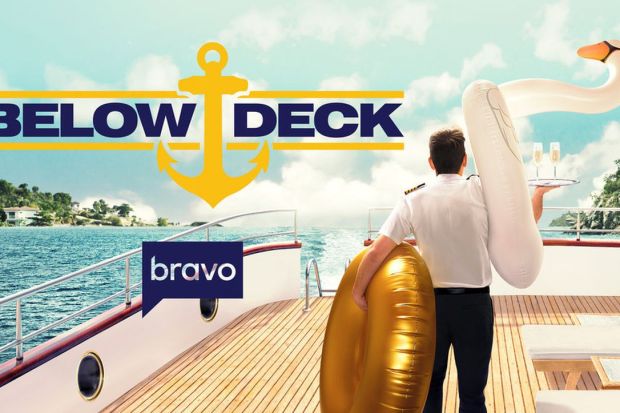 Below Deck airs on Bravo. The reality series, which takes place on a superyacht and follows the crew, has two spin-offs, Below Deck Mediterranean and Below Deck Sailing. See a full list of some notable cast members below:

When will Below Deck season 9 premiere?

The ninth season of Below Deck will premiere on Monday, October 25 at 9pm ET.

The series will feature new faces as well as old faces like Lucas and Chef Rachel Hargrove.

Fans can watch Below Deck on Bravo or stream on Peacock.

Jenelle Evans Reveals She Wants To Go On ‘DWTS’