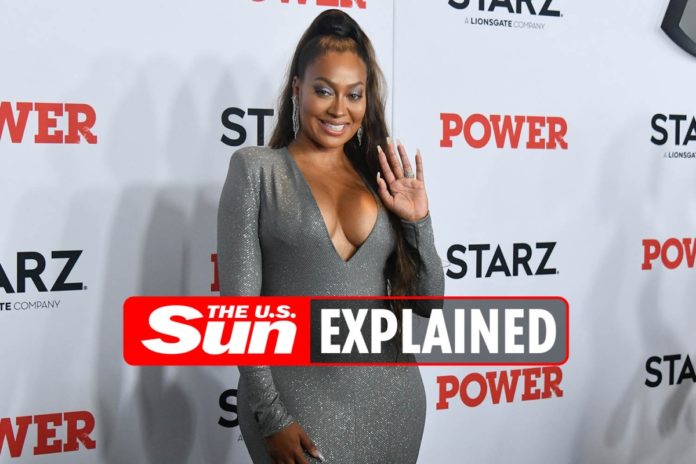 Who is La La Anthony?

MANY might know La La Anthony as one Kim Kardashian’s closest friends.

Aside from being one of KKW’s besties, La La Anthony is also a TV personality.

Who is La La Anthony?

Anthony is a TV personality, actress, and author.

She is also known for hosting the MTV show Total Request Live (TRL) back in the early 2000s.

La La later went on to be seen on the hit reality TV show Keeping Up with the Kardashians as she is one of Kim’s close friends.

Most read in Celebrity

In 2021 she was on the crime series BMF which stood for Black Mafia Family.

What is La La Anthony’s net worth?

Having been on screen for over a decade, Anthony has accumulated some wealth for herself.

Celebrity Net Worth estimates that La La’s net worth is a total of $30million.

Anthony and her husband NBA player Carmelo Anthony have a combined net worth of nearly $100million.

In June 2021 La La filed for divorce from Carmelo, however, they have not finalized their divorce yet.

What heart condition does La La have?

Back in November 2021 La La opened up about a heart condition that she was diagnosed with.

She was diagnosed with  PVCs, which is a cardiac condition known to cause an accelerated heart rate.

“I started feeling fatigued, and one day I couldn’t do it anymore. I was completely out of it,” La La told the TODAY show.

“I felt dizzy and faint and I was rushed to the hospital. I had to have a cardiac ablation where they go in and find out where these extra heartbeats are coming from, and slow them down.”

The actress told the TODAY show that she has since been feeling better.

“Sometimes you’ve got to slow down and put yourself first otherwise you’re not going to be in good condition for anyone,” she said.