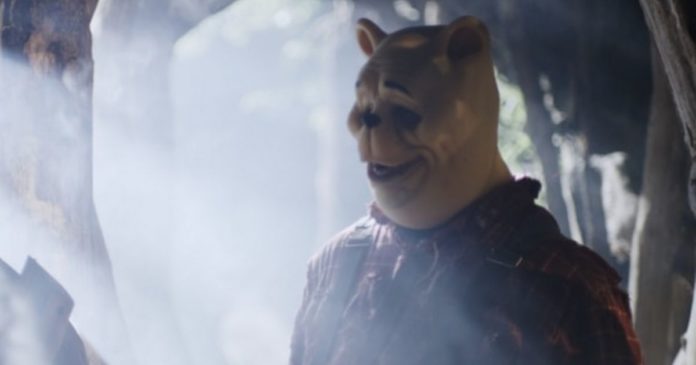 Winnie the Pooh, the cuddly character from AA Milne’s beloved children’s books, is getting an horrific makeover in a new film.

The accident-prone teddy bear is set to appear in a live-action horror flick turning a childhood favourite into a nightmare.

Pooh was originally created by Milne in a series of bedtime stories for his son Christopher Robin Milne, and starred in a series of books in the 1920s with memorable illustrations from E.H Shepard.

A 1961 Disney film adaptation brought Pooh’s forest antics to a whole new generation, and spawned a series of sequels until Disney’s rights to the character expired in 2021.

In 2021, Statista estimated that Winnie the Pooh was was tied with with Mickey Mouse as the third most-valuable media franchise of all time, with earnings from both worth around $80billion.

But now, with rights entering the public domain, anyone can create their own Pooh stories. And first out of the gate is writer/director Rhys Frake-Waterfield, with his upcoming horror film entitled Winnie the Pooh: Blood and Honey.

Little is known about the film so far, beyond a series of nightmare-fuel stills that suggest that a stroll through the Hundred-Acre Wood could be fatal.

The film, listed on its IMDB page as in post production, is slated for release “later this year”.

The film stars Amber Doig-Thorne, Maria Taylor, and Danielle Scott alongside a man in a bear mask who appears to have nothing but murder on his mind.

A sinister version of Piglet also appears in the first-look images released by Jagged Edge Productions, but the character of Tigger remains off-limits as he was not created until 1928.

However, fans have taken to social media, with some being left “terrified” by the new images.

“I’ve just found out that a Winnie the Pooh horror movie is being made… I’m confused and terrified at the same time,” said one.

A second added: “I wish Twitter would stop putting the Winnie The Pooh horror movie on my feed because im scared of it.”

“The Winnie The Pooh Horror Movie is here to ruin your childhood,” wrote a third.

Before a fourth commented: “About the Winnie the Pooh horror movie. WTH? Why? That’s going to leave nightmares in some people. Good luck with your project.”

Many other famous fictional characters – such as Sherlock Holmes, Tarzan, Dracula and Zorro – have already passed into the public domain, and lots more are due to become public property over the next few years.

Copyright expert Jennifer Jenkins says that Disney’s response to this new perverse take on Pooh will be seen as a “test drive” for what happens in 2024, when the first Mickey Mouse films start to become ripe for exploitation.

She points out that having older stories brought into the public domain is in general good for creativity. “Many of [Disney’s] animated classics were remakes of public domain books and folk tales,” she points out.