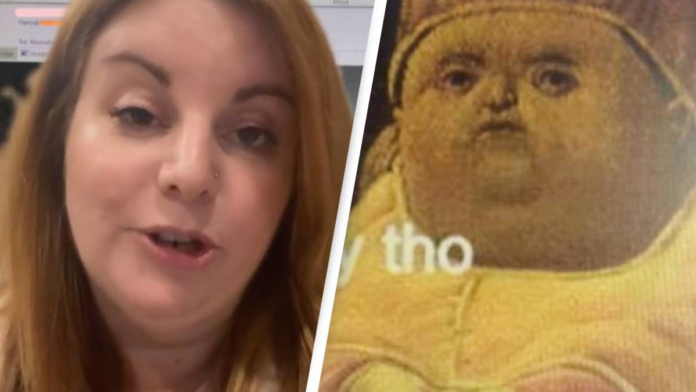 It’s never easy to be rejected for a job – you spruce up your CV, take part in those weird online assessments, bag yourself an interview but the next thing you know you’re told that you’re not quite the right person for the role.

And, of course, there’s no set in stone way to handle rejection; you might choose to move straight on to the next round of interviews, complain to your mates, or you might reach out to the recruiter and ask for feedback.

Or you might do what this woman did after she was down for a role:

In the clip Samantha explained that her sister Hannah worked in recruitment and, of course, part of the job was to let people know they hadn’t been successful.

Samantha said: “This one candidate, who Hannah had done a round of interviews with, didn’t get the job.

“So, Hannah emailed her and told her she hadn’t been successful.

“And instead of replying and being like, ‘OK, yeah, thanks for letting me know’, this girl sends Hannah a meme.”

At this point, the clip cuts to a screenshot of the email, which contains nothing but the ‘y tho’ meme, featuring a painting of Pope Leo X by Fernando Botero.

She added: “Which is the like the most Gen Z thing I’ve ever f***ing seen. No context. No words. Just the meme.

And it’s not just myself and Samantha that loved the response, as the post has since been flooded with comments from fellow TikTokers who are just as enamoured.

One wrote: “As a millennial I want to do this but my professional side says that’s a no no.”

Another said: “I want to apply for jobs I’m not qualified for, just so I can reply with this when I get rejected.”

Someone else commented: “Honestly I think they missed out on not hiring her.”

While a fourth person said: “It’s a fair question that people should get an answer for. The boldness should get her hired.”