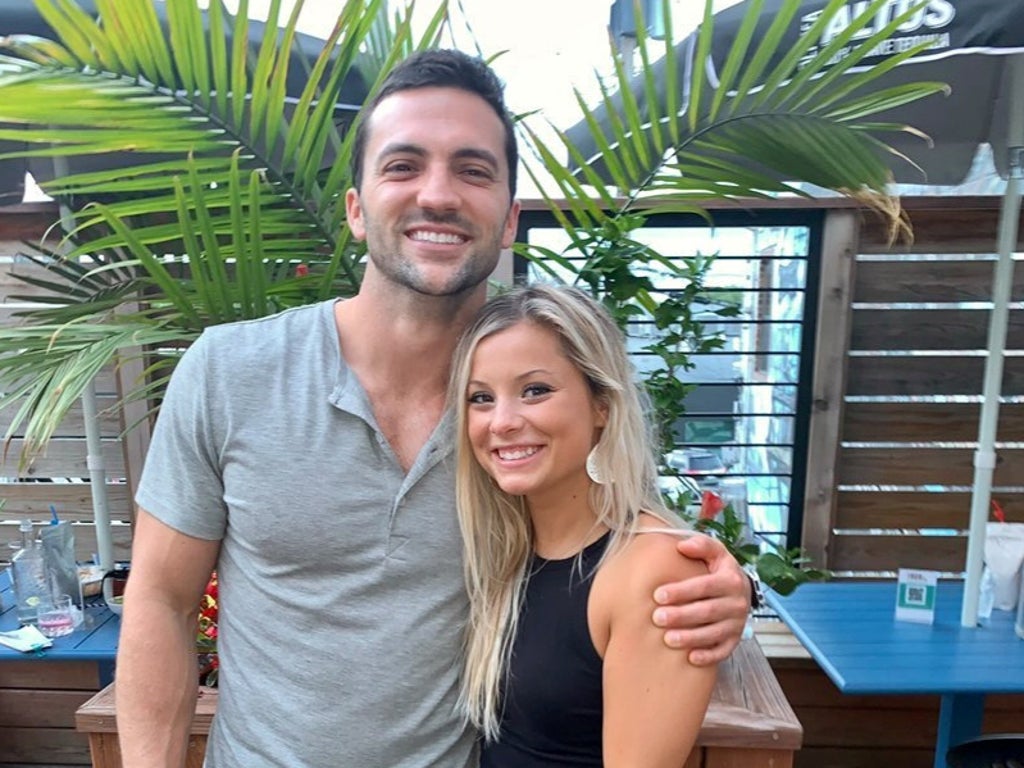 A young US couple ignited a whirlwind romance via TikTok that led to the man travelling 650 miles for their first date in a truly modern love story.

It all started when CT scan technologist Taylor Bier, 25, was admiring a TikTok video of Matt Bannon, 26, swimming and she noticed several compliments in the comments section and decided to shoot her shot too.

In a flirty message, she wrote: “Ooo, 25, single, saw there was an Olympic athlete on board – I might not beat that.”

Despite not thinking too much about it afterwards, Taylor’s comment caught the eye of Matt who replied to her and the pair began getting to know one another via Facetime.

Matt had grown a following on TikTok with a video of himself and his brother racing against each other in the pool, as part of their sister’s baby gender reveal. As a result, Matt was worried Taylor was a catfish.

Taylor, too, shared similar worries and asked him to Facetime her when she pulled into a supermarket car park. She expected the talk to only be 10 minutes long but the conversation flowed for much longer.

She said: “I sat in the Target parking lot for two hours and didn’t even ever go in.”

After chatting back and forth, the pair decided to meet up. Though distance made this more difficult since events manager and consultant Matt is based down south in Dallas, Texas, whereas Taylor was from Omaha, Nebraska in the north of the country.

But after just two weeks of talking, Matt decided to seize the day and booked plane tickets a month in advance to fly 650 miles to meet Taylor so they could on their first official date.

Like a scene straight out of a rom-com film, the pair met each other in person for the first time at the airport.

To Matt’s relief at discovering Taylor was in fact real, he shouted: “Oh my god, you’re real and not a catfish.”

Taylor added: “He would pinch me and be like, ‘sorry, never thought I would see you.’ It really didn’t feel real.”

Since meeting up, their romance has blossomed into a relationship and, after Matt’s first trip, they have visited each other every month – three times since their first meetup in May.

The stages of the relationship have also been documented by Taylor on the app where it all began: TikTok.

Taylor said: “This was indeed a chance encounter, but because of the way things are panning out, I now more than ever, have full faith in the fact that everything does happen for a reason.

“I am so grateful for this darn app and for [Matt’s sister] and her sweet quarantine baby, because without any of that, Matt and I would still not know the other existed.”