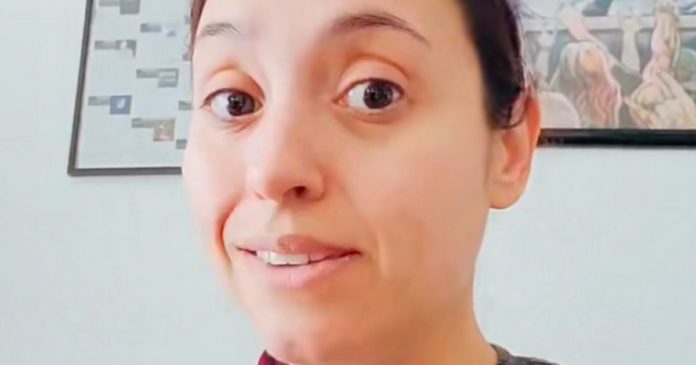 TikTok user reveals her curves are ‘too distracting’ at work

A woman has claimed she was told off at two separate jobs for dressing “inappropriately” even though she has always worn normal smart business attire – because her natural curves were deemed too “distracting”.

Nina Osegueda took to TikTok to share a clip of herself wearing a knee-length black dress that would be a common sight to see women wearing at an office job, and said that no matter how appropriately she dressed for work, she was always reprimanded for her looks because of the shape of her body.

In the clip, another TikTok user says: “Tell me something a job has taught you that you will never forget.”

And Nina then adds: “I learned that no matter how appropriately I’m dressed, my body is so distracting that I’ll never be dressed appropriately enough for the workplace.

Nina was criticised for dressing ‘inappropriately’
(

But the woman always wore formal attire to work
(

“So sorry about that!”

In the caption of the video, which was posted under the username @ninaosegueda, the woman then confirmed she had been spoken to about her clothes at two different jobs.

She wrote: “I was reprimanded twice at 2 different offices for dressing ‘inappropriately’. It’s just my shape.”

Nina – who is from the US and is the singer in heavy metal band A Sound of Thunder – also later uploaded a second video in which she explained what had happened in more detail and accused one boss of calling her attire “too sexy” for the workplace.

She said: “The first time it happened I was working as a software trainer where I was teaching people Adobe. I was laid off, and the guy laying me off – the manager – told me that I dressed ‘too sexy’.

“The second time it happened, I was working in an office in [Washington] D.C. and the female office manager told a co-worker that I was wearing a ‘club dress’. It was a knee-length dress that wasn’t even fitted. It was only fitted at the waist, it wasn’t fitted at the hips like the dress in my other video.

“So, I’ve gotten it twice and it’s all while wearing perfectly appropriate officewear, and it’s just my shape.”

Commenters on Nina’s videos couldn’t believe the cheek of her past employers, with many insisting the blame shouldn’t be placed on her for having curves.

One person said: “No, that is absolutely not your fault at all!”

While another added: “I’m sorry people can’t keep their eyes to themselves so they blame you.”

And someone else posted: “Isn’t it wild that some people act like you’re the inappropriate one for just having a body, and they completely overlook the fact that they should be adjusting how they see women’s bodies?

“And look at that horrible work environment that they are promoting, that men have no self-control and therefore women should be punished for something that they actually can’t help and shouldn’t be a problem.”

Do you have a story to sell? Get in touch with us at [email protected] .