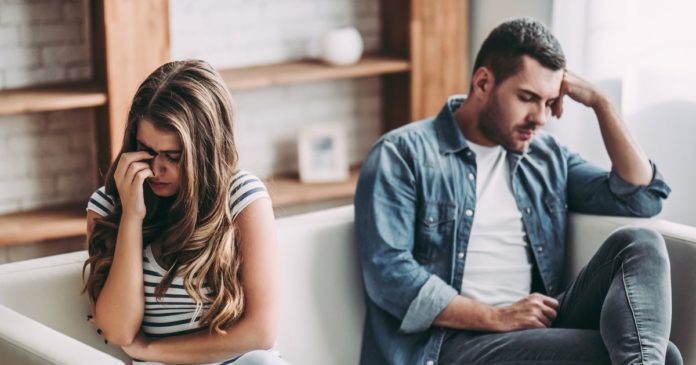 Woman’s ex demands cash after split despite not paying bills

In many modern relationships people try to split expenses and effort evenly down the middle.

Whether that means paying 50% of the bills and doing 50% of the housework or having one person work and another take care of the kids.

But, one woman has explained that nothing was equal in her relationship with her former partner.

And, now the bloke claims she owes him money.

Speaking on Mumsnet, she noted that she had paid for almost everything within their 12 year relationship.

This included buying her own engagement ring and footing the bill for their flat.

She said that her ex-boyfriend had a low credit score and little money so she would pay for things and he would offer a bit of cash towards bills.

But, now that the pair are separating he told her she “owes” him money.

The full post reads: “Do I owe him money?

“I was with my ex-partner for 12yrs. When we met I owned a flat. We lived in that flat together for 5yrs.

“When I wanted to move I tried to buy another property with him but his credit score was low so I ended up having to buy a cheaper property myself.

“We lived in that new property for 6yrs before breaking up. During those years he paid me ‘half’ the bills.

“It was never actually half as he never had enough money because he was always getting fines and getting silly APR loans and generally mismanaging money.

“Asides from that, it was always me paying for holidays, restaurants etc. I paid for our IVF.

“Now he’s saying that I owe him money for him having contributed towards bills. AIBU by telling him to get lost?”

She added that they were engaged for seven years and she had bought her own ring.

More than 280 comments replied to the post with most saying that as they weren’t married she didn’t owe him anything, reports the Mirror.

One person said: “You weren’t married.

“He would have to prove that he had paid sufficient money to have acquired an equitable interest in the property and by the sound of it he paid little more than his share of the bills he used.”

Get all the biggest Lifestyle news straight to your inbox. Sign up for the free Daily Star Hot Topics newsletter

Another replied: “So, he wants you to refund the ‘half’ he contributed during your relationship.

“Where would he have been living if he hadn’t lived with you?

“Wherever it was, he would have had costs to pay one way or another. Tell him to get lost.”

A third added: “So he’s demanding that you retrospectively fund his existence? Just ignore him.”

Someone else wrote: “No you don’t owe him anything, he’s also skint so unlikely to pay a solicitor to try and claim anything.”

What do you think should happen in this situation? Tell us in the comments…