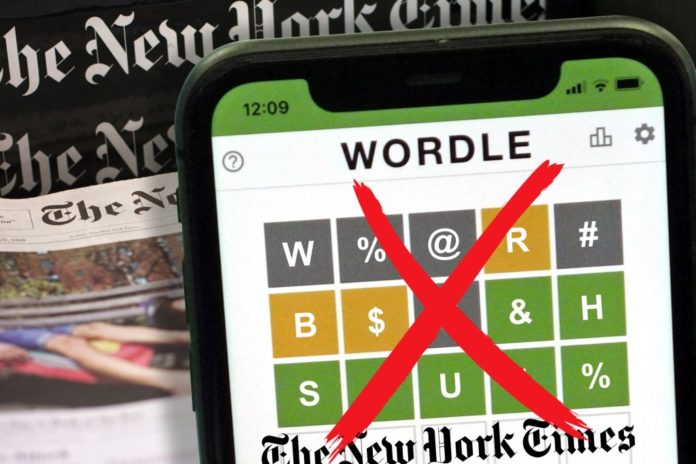 Wordle now bans ‘offensive’ words — but not all of them

It appears they still have “f–ks” to give.

As if the New York Times wasn’t mired in enough Wordle controversy, the publication has removed certain “offensive” words from the viral word game — while still allowing players to guess certain others. The move came after the Times acquired the digital puzzle from creator Josh Wardle in January for an undisclosed seven-figure sum.

“Offensive words will always be omitted from consideration,” a Times representative told Polygon in an email.

Per the policy, NSFW terms such as “slave,” “whore,” “b—-h” and “sluts” are no longer accepted by the game, in which players are allowed six tries to guess a new five-letter word each day, Newsweek reported. In the event that players input an aforementioned dirty word, Wordle flashes a message that read “Not in word list” and prompts them to try a different SFW answer.

It’s yet unclear why the Times imposed a vulgar vocab moratorium on Wordle, although Polygon speculated that they wanted the game to reflect their largely profanity-free publication. Not to mention that obscenities aren’t accepted by the company’s other brain-teaser, Spelling Bee.

However, it appears that not every dirty Wordle is covered by the ban: As of Friday afternoon, players could input both “f–ks” and “c–t” into Wordle, Polygon reported.

And it’s likely that those expletives also could soon be put out to pasture.

“As we have just started Wordle’s transition to The Times website, we are still in the process of removing those words from the game play,” the spokesperson told Polygon.

In the meantime, there’s no word yet on what steps the paper has taken to cyberproof the game, which was recently hacked by a code cracker. They reportedly divulged the game’s algorithm and posted spoilers for nearly 120 upcoming words — though, as of Friday, the solutions have reportedly changed.