The WWE Network schedule just dropped on NBC Peacock as the WWE Universe marches towards Summerslam 2021. In addition to WWE Summerslam on Saturday night, NXT TakeOver 36 will take place on Sunday to give fans two big nights of action. Also on the network, classic episodes of WWF/E Superstars are on-demand, as well as action from NXT and NXT UK.

From #SummerSlam to #NXTTakeOver, @Goldberg on @WWETheBump to new episodes of #WWE24, see all that’s streaming this week on @peacocktv in the U.S. and WWE Network everywhere else!

Monday, August 16
WWF/E Superstars 1994-
Go back in time to 1994 and check out eight classic episodes of Superstars on the WWE network via NBC Peacock.

Tuesday, August 17
The Best of WWE: Best of SummerSlam in the 2010s-
The decade of the 2010s was a memorable one for the WWE Universe. In preparation for WWE Summerslam, witness some of the best action over the decade that took place at the hottest party of the summer.

WWE’s The Bump: Goldberg– 10 a.m. EST
Goldberg joins the hosts of The Bump so fans can hear directly from the Hall of Famer.

WWE NXT (8/17/21)-
If you missed the previous night’s WWE NXT, check out the WWE Network to witness all the action.

Thursday, August 19
NXT UK-
The stars of the United Kingdom brand of NXT are in action on the latest episode so fans can get ready for TakeOver.

Friday, August 20
205 Live – 10 p.m. EST
For the hottest cruiserweight action in the WWE, make sure to check out 205 Live right after WWE Smackdown.

Saturday, August 21
Talking Smack-
The WWE Smackdown post-game show will be available in the form of Talking Smack so fans can jump-start their weekend.

Independent Drop-
The hottest action outside of the WWE Universe can be seen in the form of ICW Fight Club 185 and wXw We Love Wrestling 14.

WWE 24: WrestleMania 37 Night One-
Witness the behind the scenes making of the first night of Wrestlemania 37 in the latest edition of WWE 24.

WWE’s The Bump– 3 p.m. EST
With WWE Summerslam just hours away, check out The Bump so you can get your WWE fix

SummerSlam 2021 Kickoff– 7 p.m. EST
On Saturday night, the kick-off show leads the WWE Universe into the biggest PPV event of the summer in the form of WWE Summerslam 2021.

SummerSlam 2021 – 8 p.m. EST
WWE Summerslam broadcasts live on the WWE Network with John Cena challenging Roman Reigns in the main event. WWE Hall of Famer Goldberg will get a shot at the WWE Title as he goes one on one with Bobby Lashley in the second half of the double main event.

WWE 24: WrestleMania 37 Night Two
Check out the behind-the-scenes happenings of Night 2 of Wrestlemania 37 in the documentary series WWE 24 because one night was not enough.

NXT TakeOver 36 Pre-Show– 7:30 p.m. EST
For those looking to get prepped for NXT TakeOver 36, the pre-show will air one hour before kick-off so the WWE Universe can get ready for the PPV. 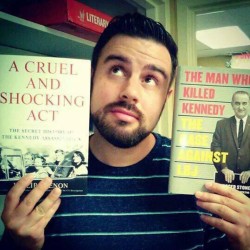 That Time I Got Reincarnated As A Slime movie release date in Fall 2022: TenSura

This Is What Dr. Oz’s Daily Workout Routine Looks Like