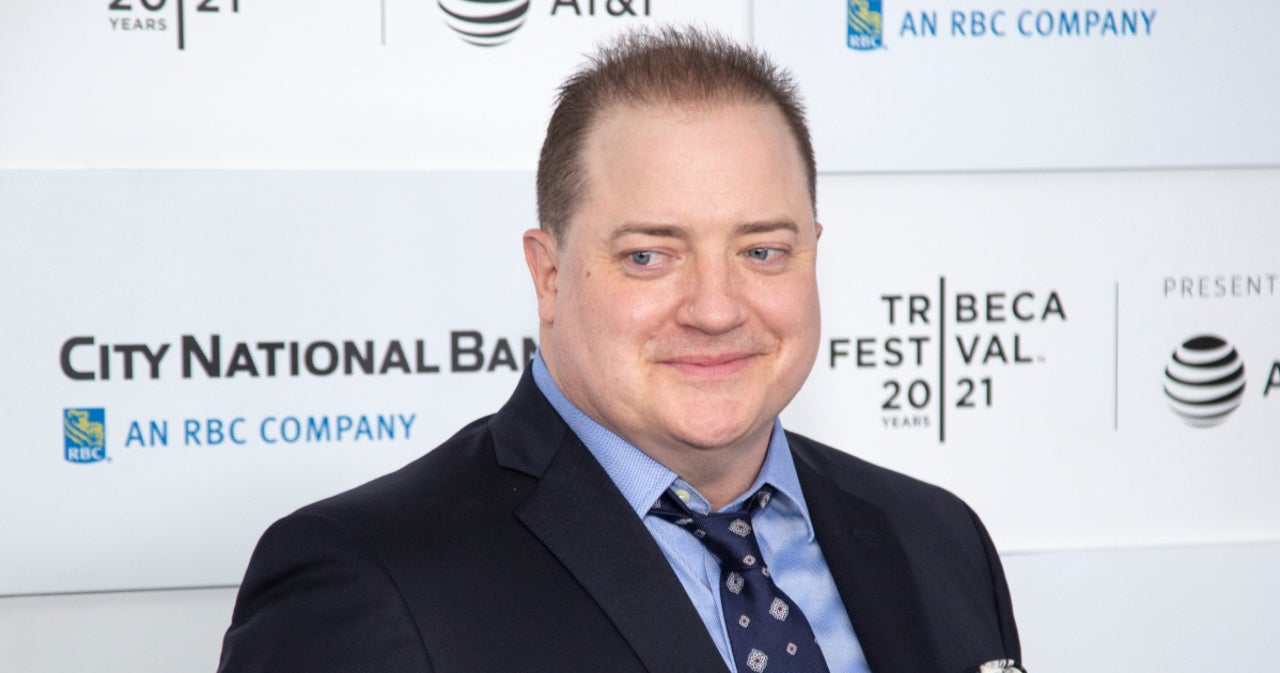 Brendan Fraser recently teared up during an interview, after he learned how much fans support he has, and now the Internet is cheering him on even harder. Fraser was a huge Hollywood star throughout the ’90s and into the 2000s, but was had been out of the limelight for much of the past decade. A large part of his decline in work, he’s said, was due to a number of personal issues that began after he was allegedly sexually assaulted by the former president of the Holly Foreign Press Association.

In recent years he has been appearing in big projects again, and is currently featured in a new movie title Killing of the Flower Moon. The film is directed by Martin Scorcese and co-stars Leonard DiCaprio and Robert De Niro. While discussing the film with TikToker LittleLottieCosplay, Fraser noted how nervous he was to be in a movie with the major A-list stars and filmmaker. “The internet is so behind you! We’re so supportive,” the interviewer kindly replied to Fraser’s hesitation.

She added, “There are so many people out there who love you, and we’re rooting for you, and we can’t wait to see what you do next.” The sweet and thoughtful words brought tears to Fraser’s eyes, and he expressed his gratitude by tipping his hat and saying, “Shucks ma’am,” after taking a drink of water. The video clip struck a chord with social media users and may are taking to Twitter to comment how much more they love and support Fraser for his reaction to the comments. Scroll down to see the video and read what fans are saying!

If this doesn’t make you fall in love & cheer on for Brendan Fraser, you’re heartless. He’s such a sweet precious man!
Thank you @LittleLottie91 for this interview. I’ve always been a Fraser friend! #Brenaissance pic.twitter.com/9mbCluSYxO

“Fraser has always been a childhood favorite of mine,” a fan wrote in a Facebook comment. “I wanted to be like Rick [from The Mummy] growing up so him getting his flowers now makes my heart happy.”

Bro how can you not root for this man?! And he’s starting to feel like himself again. Seems energetic and lively. Can’t wait for the Brendan Fraser renaissance. https://t.co/iZo6lA5qNr

“Love him and miss seeing him in movies,” somebody else wrote. “So glad to hear he’s coming back.”

I hope Brendan Fraser is having a good day today ❤️

I thought he was great, and could be a huge action-adventure star,” another Facebook user commented. “Best wishes, glad your back!

Ok lads, here’s what we’re gonna do – protect and preserve Brendan Fraser, at all costs https://t.co/1G1i3aSKh0

“Yay! Go Brendan!” someone else cheered. “Welcome back you have been so missed can’t wait to see your new flick. You will be amazing as always.”

I mean, it’s Brendan. He’s never seemed anything but genuine (rare in Hollywood). Totally a dude I’d invite over for a beer and a cookout in the backyard and show him around my woodshop while the burgers cook. I feel like he’d actually enjoy that.

“So glad to see he is back doing what he loves and we love watching him do it,” a loving fan commented. “Good for you Brendan.”

I once sat with Brendan Fraser in his trailer, running lines (that I’d co-written) for a tense scene with Forest Whitaker. When he was a word off, he’d ask me to correct him, because the words mattered to him. Give him all the roles. https://t.co/7JD7XeLpaq

“He’s amazing. Nothing but love for this man. I will always wish him well in life and in his career,” someone else offered.

I’m one of those kids who grew up on his movies and now as an adult I enjoy seeing him back in movies. Brendan Fraser is a real life superhero!! https://t.co/znGxGkrmVq

“I love him in all his movies, he’s a great actor and comedian!” one last fan exclaimed

General Hospital Was Too Impatient To Have Sonny Corinthos Return