One of the most beautiful things about the advent of technology and the 21st century is the ease and speed of communication. Where you can easily reach out to someone who is miles away through various mediums, one of which is the internet. The internet has enabled instant messaging, video calls, conference calls, and so many possibilities and has also drastically reduced the need for physical contact among individuals who do business together or have some things to do that require physical presence.

The effect of this development has cut across almost all works and spheres of life from marketing to communications, sales, engineering, business, manufacturing, and even the health sector. The health sector has seen a reduction in the number of people that visit physicians in recent times as compared to what it used to be. This can be ascribed to the advent of technology as earlier stated or it could also be because individuals are seeking more proactive options and don’t want to necessarily be sick before they take care of their health. In this article, we would be considering the factors responsible for this trend and see if it is invariably a good thing or not.

Telemedicine is the offering of medical services and information via telecommunications media. It affords the health practitioner the opportunity of diagnosing and even treating patients in distant places who have little or no access to doctors. Now, interestingly this medium was developed to help those in remote places also get healthcare. However, as the year goes by patients in urban areas have also resulted in this medium in reaching out to their physicians as it saves time and cost especially if their visits are for regular checkups or minor complaints.

Statistics show all over the world that the ratio of available doctors to patients is quite huge and something needed to be done to find a solution as the workload on doctors is usually a lot and can result in patients not getting the best treatment. On this front, telemedicine seems to be a good thing as it helps take off the direct pressure of health practitioners. A survey also showed that 74% of patients preferred telemedicine as compared to physical contact with their physicians. All this points to the fact that this trend might actually continue.

With telemedicine, physicians have a wider reach to more people who on a good day wouldn’t have been able to have access to them. Research has also shown that there are reasonable patient engagement and better patient care quality. Coupled with the fact that insurance companies would be loving it has it is resulting in a higher ROI for them. So it’s a win-win for everybody.

A wellness coach is a health professional that helps people become better physically and mentally by working in tandem with them, setting wellness and fitness goals and taking a course of action to see that these goals are achieved. Almost as with all coaching, this has its roots in psychology and tends to look at the overall picture of fitness as compared to the rather singular approach taken by other health practitioners. So rather than a visit to the physician, seeing a wellness coach is more of a consultation where you can talk freely and get guidance on how to be better.

The aim is to achieve behavioral changes in clients while both parties work collaboratively, and the client has the final say whether they want to tow that path. Wellness coaches can work with organizations by having conferences, seminars that help educate the employees or individual sessions with people. One reason why wellness coaching is becoming a bigger option for patients is that the coaches are a part of their journey to achieving the desired change than doctors who just show them how to achieve the change.

Recently in the U.S., there has been an increasing cost of healthcare. Asides this there is also a general consensus that drugs aren’t as effective as they used to be for so many reasons such as body tolerance and increasing side effects. A survey carried out showed that only 48% of those who were surveyed believed in orthodox medicine and its efficacy. So this has also resulted in people seeking alternative options to orthodox treatment. In addition, another thing that informed people’s decision is the ineffectiveness of drugs to treat some illnesses such as chronic pain, epilepsy among others.

Conventional healthcare seems more like a reactionary measure than a preventive one and so people are seeking options that help them live a healthy life. And alternative medicine offers just that. It is the use of natural products to treat illnesses and promote wellbeing but beyond that, it focuses on the lifestyle of the individual and how the root causes of illnesses can be addressed rather than just the symptoms. 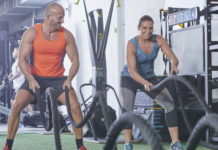 Edward - March 30, 2020
0
Image Source Everyone is well aware of the notable and successful companies that made tons of money instantly. This was all possible because of the...