Garth Brooks Surprises Young Fan With Signed Guitar Off His Back 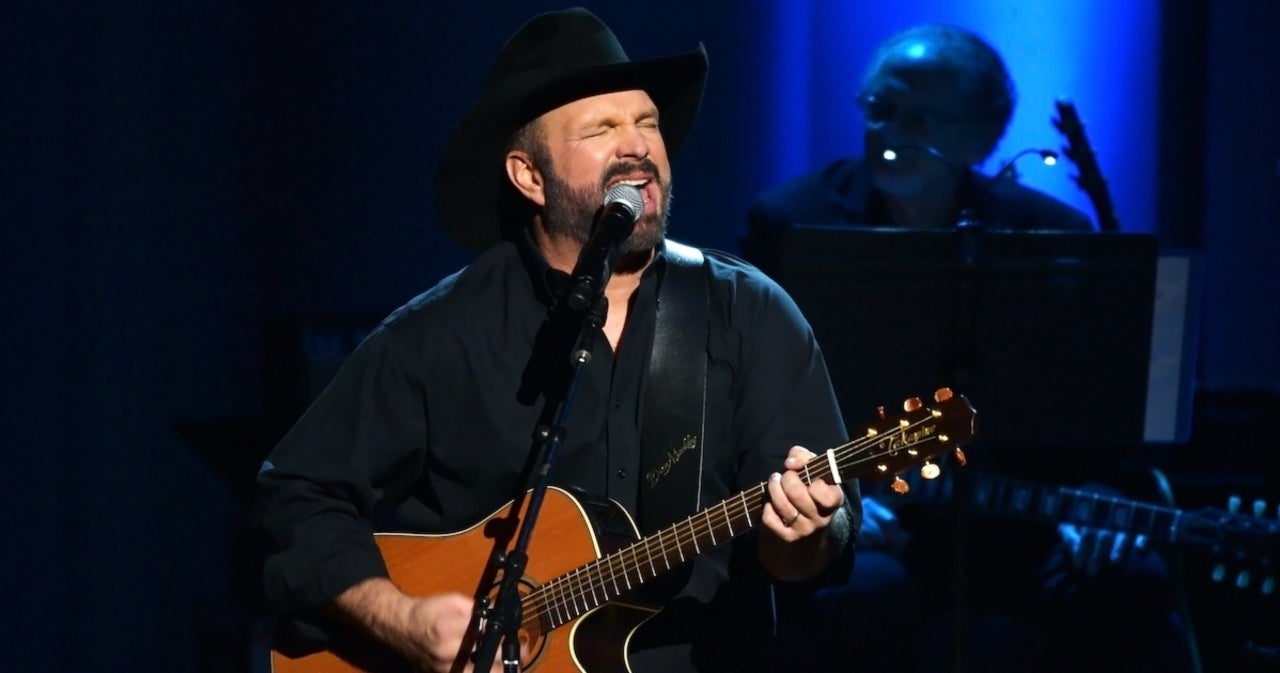 Garth Brooks is known for going above and beyond for his fans, and the Country music icon recently did it again when he surprised a young girl with a signed guitar that he took right off his own back. Good Morning America shared the story, which garnered attention after a video of the encounter went viral. In the clip, Brooks could be seen stopping his performance to talk to a family in the crowd.

The little girl appeared to be sitting on her father’s shoulders and was holding a sign that read “Garth, it’s our first concert.” Brooks confirmed with them that this was in fact the young girl’s first concert and pointed out that he should sign something for her. After finding out that her name starts with a “G” just like his, Brooks retrieved a marker, took his guitar off his back, and signed it for her.

Watch @garthbrooks surprise a young fan with a signed guitar at his concert in Kansas City. pic.twitter.com/uASRJ7aQHq

Brooks has been playing concerts and putting out records for his dedicated fanbase for more than three decades, and he’s showing no signs of slowing down. In 2020 he released his 14th full-length studio album, Fun, and it was quite well-received by both fans and critics. While promoting the album, Brooks did an interview with The Tennessean, wherein he spoke about the new album and why his music is only available digitally on Amazon.

“What has happened since Apple’s iPods and phones have come (is) Nashville has lost over 85% of its songwriters,” Brooks told the outlet. “And it’s because the old way of paying songwriters from album sales, where these new kids would come to town and maybe get an album cut, that could keep them here in this town until they got the right ’16th Avenue,’ or “Friends in Low Places’ or ‘Waiting On a Woman.’ That’s how we survived as young songwriters. So that’s kind of out the window.”

He then went on to share that, while digital can be a complicated topic, “vinyl really excites me.” Brooks explained, “When people work so hard to own music, then it’s theirs. Now they’re going to sit and listen through a song that maybe they would say ‘next’ on if they weren’t paying for it. But it’s theirs now. So now (they’re) going to give this every chance in the world. And what happens is, it grows on you. And if the music grows on you, so does the artist.”

Brooks, a 2021 Kennedy Center Honors recipient, finally added, “I don’t like how the future of labels and streaming are pointing toward disposable artists. I don’t like that at all. Because this is the one shot you get as an artist. For every new artist out there, I want them to get the best shot.”