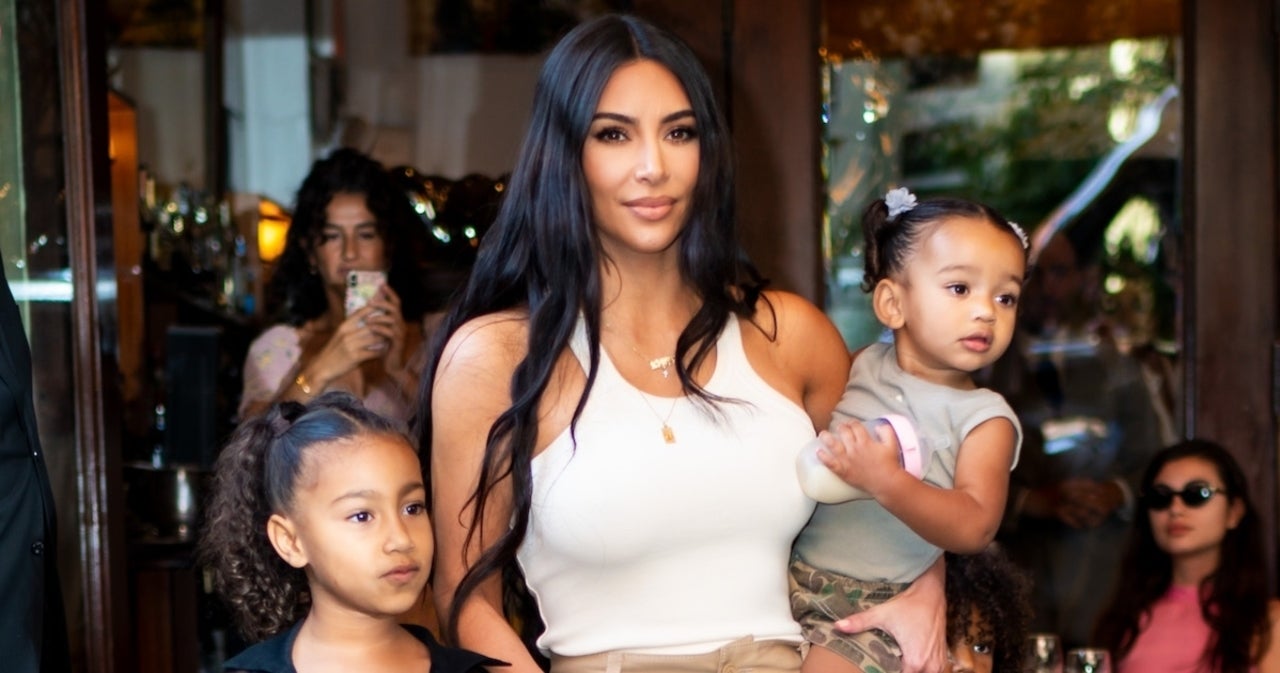 Kim Kardashian is still working on “being stricter and saying no” to her kids. The Keeping Up With the Kardashians alum opened up to Parents magazine about the high and low points with her four kids — North, 8, Chicago, 3, Saint, 5, and Psalm, 2 — whom she shares with ex Kanye West.

“When my kids want something, typically candy, they give me this look directly in my eyes that cuts right through me,” she told the magazine of her “parenting kryptonite.” “I usually give in and give them what they want.” On the other hand, her ability to stay calm has been a bit of a “superpower” regarding motherhood. “I’m naturally very calm, which I think translates into my parenting. I don’t get super stressed or impatient, which I think is definitely a superpower when you have three kids age five and under running around,” she added.

Having four kids is hardest to keep their rooms “neat and organized,” especially their closets, but bedtime is no treat either. “Bedtime is such a challenge with four kids! I rarely get all of them down as planned, but now that North is older, she’s become my little sidekick and helps me with the younger ones,” Kardashian explained. “It’s actually so cute.”

While keeping the chaos under control is always a challenge, Kardashian said having a big family has reminded her of her own upbringing: “[My kids] get along so well and have so much love for each other,” she said. “It reminds me of growing up with Kourtney, Khloé, and Rob. There’s something so special about having a big family, and I’m happy my babies get that experience the way I did.”

The KKW Beauty founder called motherhood an “amazing” experience, sharing that she loves to watch her little ones come into their own and develop their own interests. “It’s so amazing to watch my kids grow and develop into their own people,” she added. “I get the kids outside as much as possible, and I’m good at creating activities for them. They’re always playing sports or working on projects.”

When it comes to what the future holds amid the pandemic, Kardashian said she hoped the past year of at-home schooling “was enough to keep them up to speed, learnings,” but that in general, she was just “hopeful for another year of growth and happiness.”