Man asks barber to style his hair like Kim Jong Un, result will leave you in splits. Watch viral video

In the now-viral video, a man can be seen sitting on a chair and recording his reaction after seeing his haircut resembling that of Kim Jong Un. 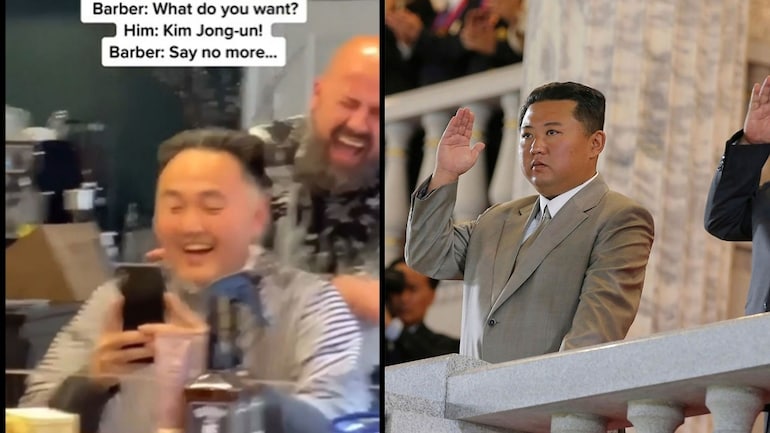 Aman went to a salon to get a haircut. He did not want any fancy haircut but his only demand was that he wanted his hair styled like North Korea’s Supreme leader Kim Jong Un. That, perhaps, could have been challenging but the barber pulled it off like a pro. After getting his hair styled like the North Korean leader, he shared the video on TikTok. Needless to say, the video has gone crazy viral on social media.

In the now-viral video, the man can be seen sitting on a chair and recording his reaction after seeing his haircut resembling that of Kim Jong Un. The barber, who gave him the haircut, can also be seen in the clip. The duo can be seen laughing hysterically. “Kim Jong Un style haircut (sic),” the video was shared on Reditt with this caption.

Check out more comments below:

Kim Jong Un has been in the headlines for quite some time now owing to his changed appearance. North Korea’s Supreme leader has apparently lost a lot of weight and he looked noticeably slimmer during an event to mark the country’s 73rd anniversary.

The Untold Truth Of Jon Ossoff

I met my fiancé for the first time 18 months AFTER we started dating, people say he’s using me but I know it’s love

Jill Dillard Praised For Giving Her Kids A Better Life