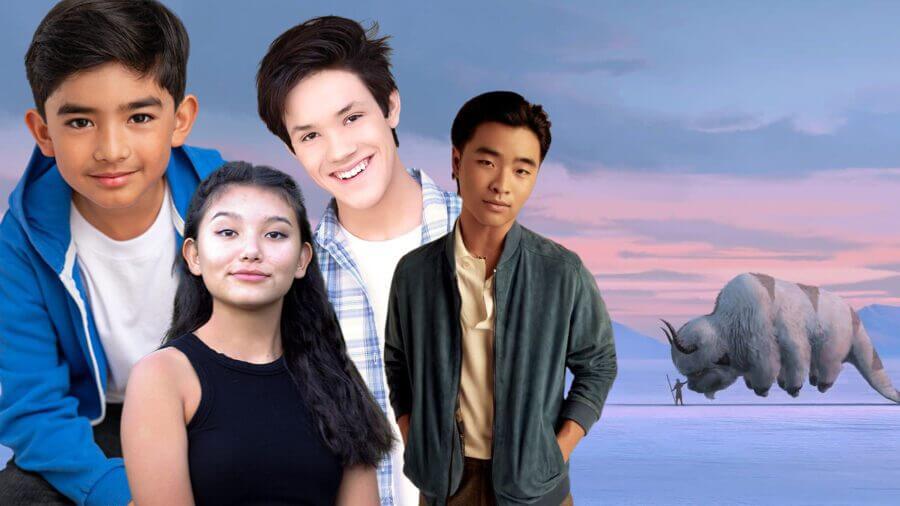 After years of inactivity, Netflix is set to confirm some of the casting rumors and director rumors that’ve been making headlines over the past week. Gordon Cormier, Kiawentiio Tarbell, Ian Ousley, and Dallas Liu have all been cast for the live-action Netflix remake of Avatar: The Last Airbender.

First announced by our friends over at AvatarNews last Friday, the casting for the four main characters for the Netflix live-action Avatar: The Last Airbender series will get announced today.

Casting has been ongoing for several months with production currently due to begin in November and wrap up in April 2022. It’ll be filmed entirely in Vancouver, Canada with Albert Kim running the show after the original creators of Avatar and The Legend of Korra departing the project last year.

So let’s run you through the cast members for Avatar: The Last Airbender Netflix series.

The main character in Avatar is Aang who will be played by 12-year-old Gordon Cormier who is a Filipino Canadian. Cormier has already had a fruitful career on-screen having appeared in Netflix’s Lost in Space and The Stand for CBS.

Kiawentiio Tarbell will play the role of Katara in the Netflix series. She is a 14-year-old who is best known for appearing in Netflix’s co-production of Anne with an E.

Ian Ousley who is most known for appearing in Netflix’s 13 Reasons Why will play the role of Sokka.

Finally, the main villain of the show, Zuko, will be played by Dallas Liu who has recently appeared in PEN15 for Hulu and the upcoming Marvel movie, Shang-Chi and the Legend of the Ten Rings.

Exclusive: Aang, Katara, Sokka, and Zuko have been cast in the live-action Netflix Original Series “Avatar: The Last Airbender”

In addition to the main castings, Netflix is expected to confirm that Michael Goi will direct episodes in the series. We first reported on Goi’s involvement several months ago in our main preview for the series.

Goi has directed on projects such American Horror Story, Swamp Thing, Mary and Megan is Missing.

In addition, Roseanne Liang and Jabbar Haisani will direct episodes.

Liang is most known for writing the Chloë Grace Moretz led movie Shadow in the Cloud which was released last year. Her TV directing credits include Creamerie, Unboxed and Friday Night Bites.

Jabbar Raisani has a long history in visual effects having worked on Game of Thrones and Netflix’s Lost in Space. He’s not completely new to the director’s chair, however. He’s set to direct episode 8 on Lost in Space season 3 and directed the 2014 movie, Alien Outpost.

We’ll keep you posted on all things Avatar: The Last Airbender as and when we get it. Let us know in the comments if you’re looking forward to the series in the comments.

Who is medical student Deshawn Radden?