Student lost deposit after landlord found a pea in freezer 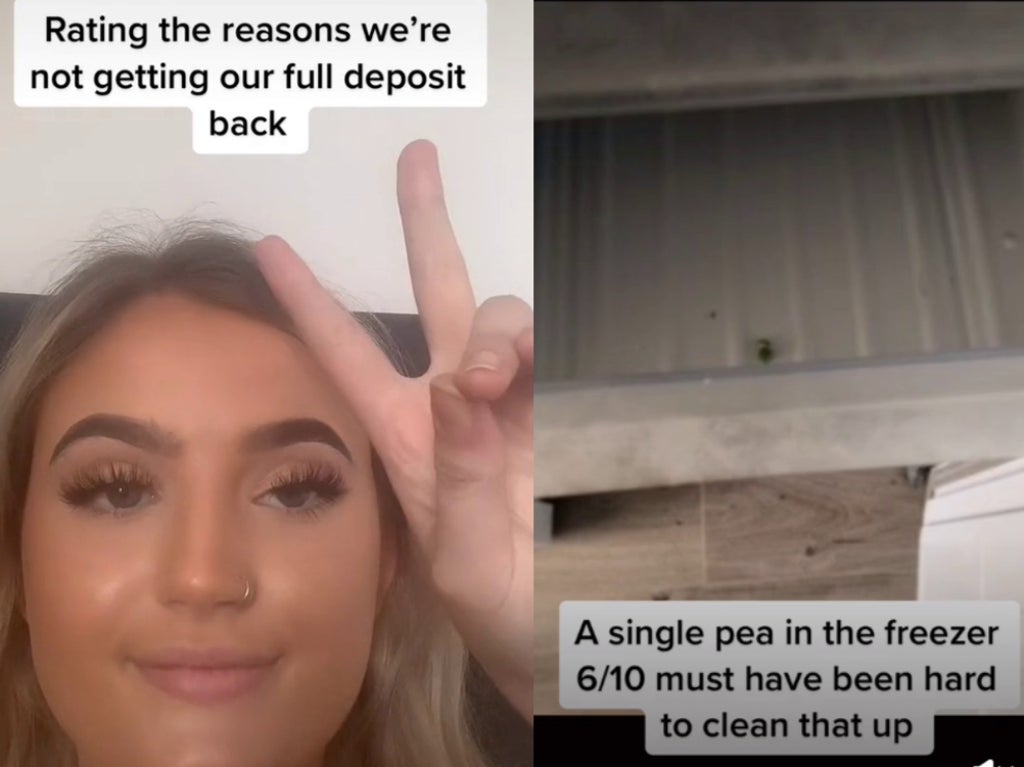 Plenty of renters can relate to the struggle of clawing back deposits from tricky landlords, but one woman has emphasised just how petty this process can be.

TikTok user Matilda Hargreaves claims her landlord refused to pay back the full down payment when she and her housemates moved out of their student digs because he’d found a “single pea” in the freezer, among other absurd complaints.

You can watch the TikTok video in full here.

Hargreaves (@matildaaahh2001) explained that she was sent a gallery of photos – including the solitary vegetable – as justification for why landlord had deducted £210 for “damages” at the property.

In the clip, she wrote: “Rating the reasons we’re not getting our full deposit back,” before showing an image of the single sad-looking pea in a fridge which otherwise looked completely clean.

Along with the image, Hargreaves sarcastically wrote: “A single pea in the freezer […] must have been hard to clean that up.” She rated the reason 6/10.

Next, an image of a Febreze can on the floor appeared as another reason for the landlord’s displeasure.

“Someone left a Febreze bottle, 4/10, maybe they didn’t like the smell,” she said in the caption.

Then a photo of a dehumidifier on the floor appeared which apparently didn’t even belong to any of the tenants.

Sharing her confusion, Hargreaves wrote: “The dehumidifer that belongs to them that they didn’t pick up all year. 7/10 [you’re] right babes that’s [our] fault.”

The list continued to grow, as Hargreaves pointed out that a “random bit of paper on the floor” was among the offending house issues. She was thoroughly impressed with the creativity of this reason, however, rating it 9/10.

“…Must have needed a whole cleaning crew to sort that out,” she joked.

But the final image sent by the landlord was indecipherably blurry, leaving Hargreaves totally confused.

“Please tell me you appealed this,” one wrote. “There is no legitimate loss there that the landlord can claim for!”

Another agreed, insisting: “Appeal it!! I got 100 per cent of mine back after appealing.”

And a third pointed out: “It’s illegal for them to refuse to give the deposit back unless there is actual damage. And then they can only take the exact amount a professional said the repair would cost. Honesltly, most people will back down if you can find it in the by-laws and say, ‘fix this or my lawyer will be in contact’.”

Meanwhile, a fourth reminisced on their own struggles, saying: “We were charged £600 for dust, we cleaned all the day of leaving and they checked in three weeks later…of course there will be dust it was vacant.”

And a fifth said: “When we moved out, our landlord took half our deposit for Covid purposes… [Because] Covid was definitely our fault.”

She Asks Fans to Guess Why They Broke Up • Soap Dirt