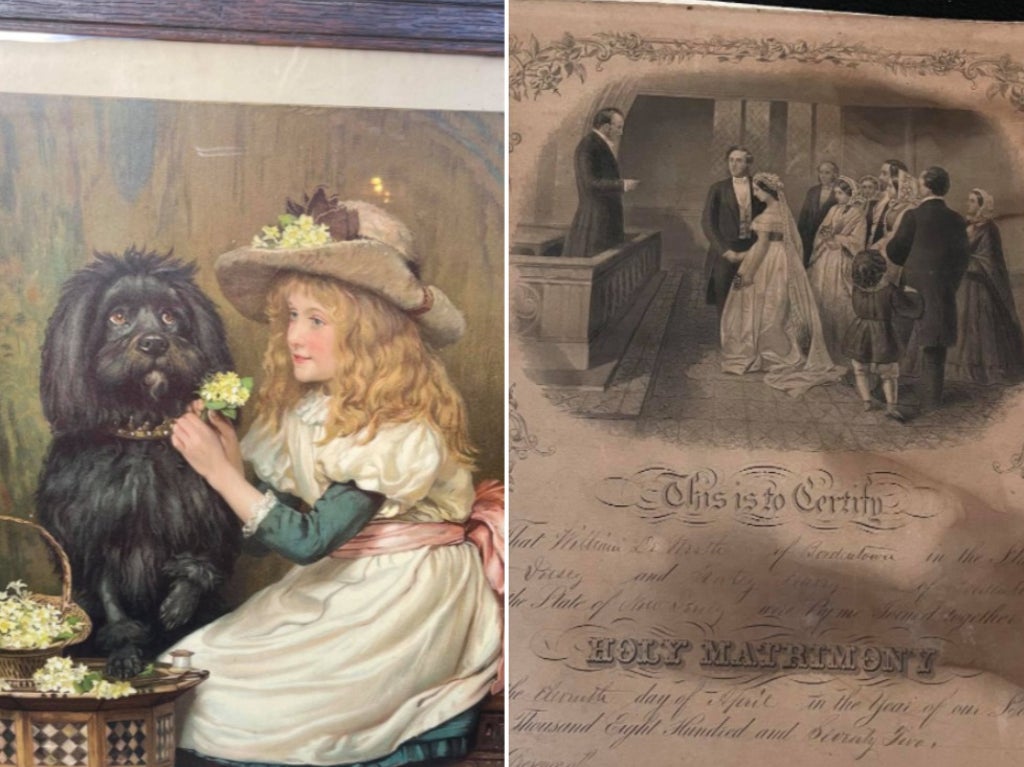 A US thrift store has managed to return a 146-year-old marriage certificate back to its owners’ descendant.

Staff at the Hope Chest Thrift Store in Bolivia, North Carolina, were able to track down the couple’s great-granddaughter Irene Cornish and gift her with a piece of her family’s history.

Pam Phelps, an employee at the shop, unearthed the document while she was cleaning an antique 1889 print of a young girl and a dog when she came across a document hidden in the back of the frame.

She soon discovered it was an 1865 New Jersey marriage certificate for a man named William and a woman named Katey.

Determined to reunite the document with its rightful inheritors, Phelps and her colleagues sparked a search for the couple’s living family members.

After the quest attracted TV coverage by local broadcaster WWAY-TV, people began to message Cornish about it on Ancestry.com, convinced that the couple William and Katey could be her great-grandparents, William and Katherine DeWorth.

“I haven’t been on Ancestry in quite a few months,” Cornish, who lives in upstate New York, told WWAY-TV. “I actually went on to research a family member on the other side. And I happened to notice I had these messages.”

She said she was unsure how the document ended up in a random thrift store in North Carolina but said some of her family’s things were donated to second-hand shops which could be a possible explanation.

“Sadly the Old Homestead, the person that inherited that in the family basically sold everything that was in it to a local thrift shop,” Cornish explained, “and ultimately lost the home.”

“My mother passed away five years ago,” Cornish added. “I don’t have any … immediate family in the area where I live. I feel a little isolated at times. So, it just felt comforting that, oh, these people are reaching out somehow. I am connected.”

She also said that she hopes to frame the certificate and donate it to a museum one day.