Archer
FXX’s “Archer,” which returns with its twelfth season on August 25th, will be the last to feature core cast member Jessica Walter, but not necessarily the show’s last. They also confirmed there are no spin-offs in the works.

Eric Schrier, President of FX Entertainment, says: “Jessica was a big loss but I think creatively, they are trying to figure out a way to proceed forward”. FX Networks Chairman John Landgraf says: “Can the show continue? I think that’s a creative question they are working on. I’m optimistic the answer will be ‘yes’.” [Source: TV Line]

Production has been on hiatus since October when the actor revealed that he was diagnosed with lymphoma. Around three episodes remain to be filmed with the hope to begin filming in early 2022 contingent on Bridges’ health. [Source: Deadline]

Zero Fail
Pulitzer Prize-winning journalist Carol Leonnig’s new book “Zero Fail: The Rise and Fall of the Secret Service” has been acquired to adapt into a television series.

The novel follows the missteps of the Secret Service across eleven presidencies from the night be before the Kennedy assassination to the Capitol insurrection this year. Thomas Tull and Bobby Cohen will executive produce. [Source: Variety]

The Premise
FX has released the trailer for B.J. Novak’s provocative half-hour episodic anthology series “The Premise”. Each episode is a character-driven story dealing with relevant issues of the modern era.

The story follows Steve Mayweather, a gay intelligence service star sent to West Hollywood to disappear into obscurity. He puts together a rag-tag group of LGBTQ geniuses to make the Q-Force squad. 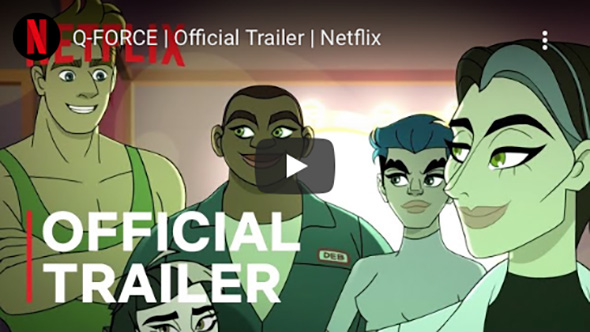 Does Chris Rock have Covid?