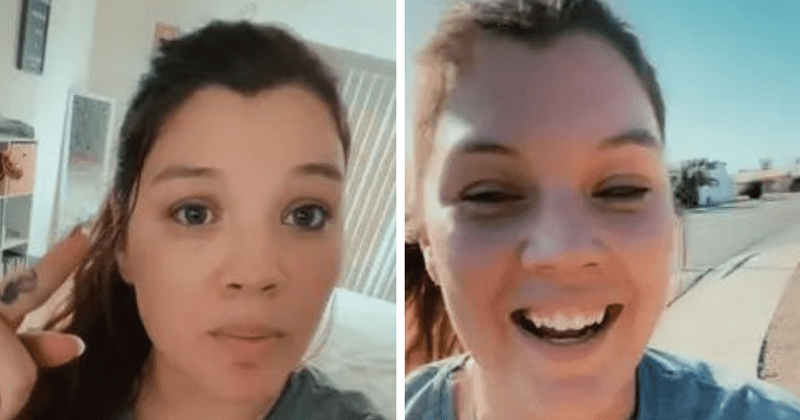 Katarina Rodriguez, the TikTok mom who made her five-year-old son run in the heat as punishment (TikTok/@kat.rodriguez13)

A mom on TikTok has been on the receiving end of outrage after she shared a video on the platform that saw her making her young son run in the blazing heat in the name of good parenting. In a video captioned, ‘And that’s on parenting. Raising a man not a boy’, the woman justified why she was punishing her son. Reportedly, the clip was viewed more than 563,000 times and received almost 6,000 comments. And the comments were largely critical of Rodriguez.

“My five-year-old doesn’t want to listen in school,” Katarina Rodriguez said in a nearly one-minute-long TikTok video. “Where he makes destructive noises, doesn’t listen, thinks that he doesn’t need to settle down when he comes from the playground.” The punishment? “We’re gonna run. We’re gonna run in 104 degrees,” she said in the TikTok.

“This is the first time that we’re gonna run for his sad faces that he gets at school, and he thought we were just going to run to the mailbox, so he took off running. Sprinting. Now he’s dying,” the mom said as they ran, before finally asking him if he would behave in school now. “Yeah,” the son replied, while still running. Later, inside their home, Rodriguez told her TikTok viewers, “We’re not gonna hit. We’re not gonna spank. We’re gonna discipline. We’ll see what tomorrow brings.”

As per the DailyDot, one TikTok user commented, “God this is traumatizing. Punishment for not being able to listen in a classroom… There’s obviously something else going on with them.” Another comment said, “That’s one way to ruin a healthy relationship with exercise.”

A TikTok user claiming to be a pediatrician and child safety expert claimed that this approach towards disciplining would “fix NOTHING but it can absolutely have detrimental effects.” Another person asked, “Have you thought that he might be struggling in class because his brain works differently and now you’re making him feel bad for how he is?”

“Yikes,” wrote one person in the comments. “This will most likely not correct his behavior in school though? There’s no correlation to that in his brain.” Another said, “Congratulations! You’ve just won the game of ‘who’s going to the retirement home’!” Yet another TikTok user noted, “Parents on TikTok are bold filming the way they mistreat their kids while demanding respect and love from them. This is sick.”

As per the DailyDot, Rodriguez shared a follow-up video explaining her reasoning for making this parenting choice. “Not that it’s anyone’s business, we’ve tried other disciplinary actions of grounding, taking away things, corners, whatever, and if those things work for your kids, great. Didn’t work for mine,” she said.

Rodriguez also reportedly said that going from a pandemic to having to sit still at a desk as a five-year-old was always going to be difficult. She, however, added that it was on her son to make the choice to be more respectful toward his teacher and peers by participating appropriately in class. She also said that this method was “working” for her son — she claimed he had come home without negative behavior marks in the following days after his punishment.

“If I can scare him with the fact that we’re going to run if you do not have a good day and be respectful and nice and kind, so be it,” she said. “To the parents who agree with this, great. It beats my hand stinging from whooping his a**.” She added, “Not that it’s anyone’s goddamn business, but I’m raising a man.”

Mayim Bialik recently opened up about her dying wish to be a full-time host for “Jeopardy!”