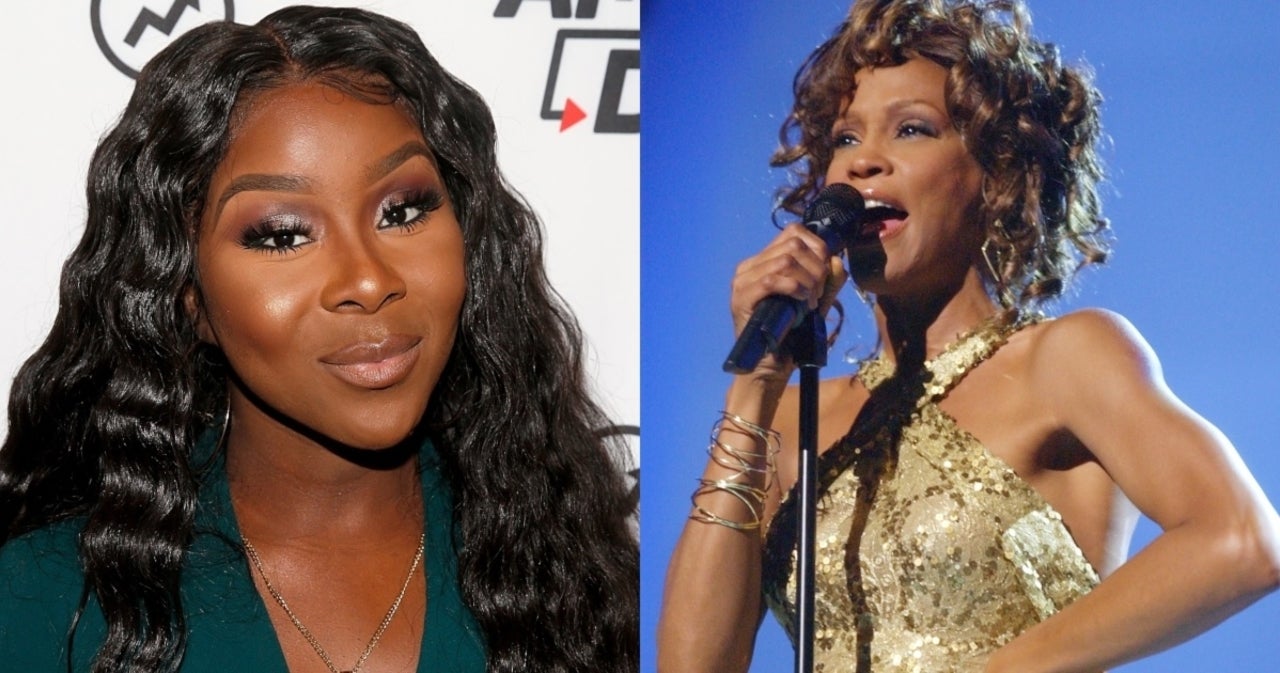 Comedian and singer Jessie Woo riled up Whitney Houston fans with a joke about the late singer during Thursday’s episode of Nick Cannon‘s Wild ‘N Out on MTV. Woo suggested she was only being targeted because she is a female comedian, noting that male comics have been making jokes about Houston’s death for years. Houston died on Feb. 11, 2012, at 48.

In the latest Wild ‘N Out episode, Woo took part in a game where performers had to create voice mail messages for celebrities. She was asked to create one for Houston, so she sang new lyrics for “I Will Always Love You.” Woo started to recreate Houston’s famous long “I” note from the song before she suddenly stopped. “I’m dead,” she said, leaving the audience in complete shock.

Jessie Woo trends over her joke she made about Whitney Houston on #WildNOut. pic.twitter.com/0Lim3aF5Bk

After her performance aired, the Twitter audience was even more shocked than the in-studio one. “[Wild ‘N Out] is my favorite show. I’ve followed it since 2006. But, I’ll no longer be watching, if Jessie Woo, is a part of the cast. That Whitney Houston joke was way outta line,” one frustrated fan wrote. “She owes Whitney’s family & fans, an apology. Go back to love & hip hop, with that.”

“The way ugly haters disrespect Whitney Houston is disgusting,” another Twitter user wrote. “I wish her true fans came to her defense instead of staying silent. Because if someone ever comes for Natalie Cole like that I’m lighting your ugly a— up. Jessie Woo, you are ugly inside and out!”

Woo defended her joke, noting that many male comedians have gotten away with worse jokes about Houston. “Male Comedians and folks on Twitter make jokes about Whitney’s battle with drugs still till this day… but me impersonating her during a voicemail game by singing her song & saying ‘I’m dead’ (a great excuse why she cannot come to the phone)… but I went too far?” she tweeted on Friday.

In a follow-up, Woo noted that her joke did not reference Houston’s struggles with drug addiction. “The show is called WILD N OUT for a reason… and still I was able to say some wild shit without picking low-hanging fruit like her history with drugs… unlike the many comedians who have for decades,” she wrote. “I pushed the envelope and I am proud of me.”

One Twitter user insisted that no one in the studio audience laughed, but Woo pointed out that host Cannon fell on the floor laughing. “Just say you don’t like Jessie Woo, get your engagement up for the day and keep it moving. You ain’t gotta lie Craig,” she wrote to the critic.

Some Houston fans might have been annoyed by the joke partly because the episode aired days after Aug. 9, which would have marked Houston’s 58th birthday. On Wednesday, ABC marked the occasion by airing a special called Superstar: Whitney Houston, which featured interviews with her friends and colleagues. “She talked to me about the pressures of this business. And media and fame and what it could do,” Brandy, who starred in 1997’s Cinderella with Houston, said in the special, notes the New York Post. “Everyone in your business — everybody wants this from you, wants that from you. That can be very straining on someone’s life and someone’s mind and someone’s spirit.”