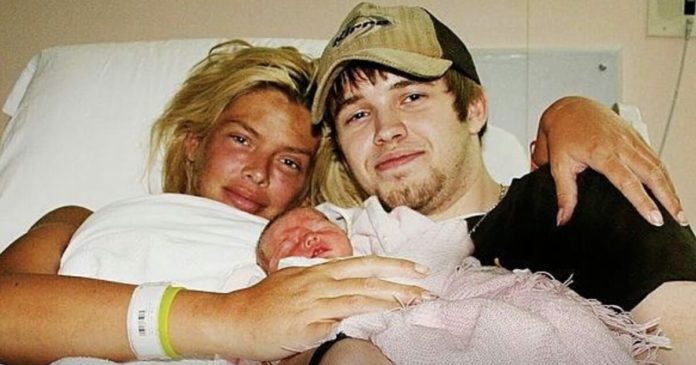 Anna Nicole Smith was definitely one of the ’90s most controversial and talked about celebrities.

She rose to fame after posing for Playboy magazine, even earning the title Playmate of the Year in 1993. After that, she modeled for fashion brands such as Guess, H&M, Heatherette, and Lane Bryant.

Unfortunately, as we’ve seen so many times, her fame and fortune ultimately became her downfall. But her memory and legacy live on through her daughter, Dannielynn.

Anna Nicole Smith was born Vickie Lynn Hogan in 1967. She grew up in Houston, Texas, and was raised primarily by her mother and her aunt. Her father reportedly decided to up and leave when Anna was still only a baby.

Friends have talked about Anna’s difficult upbringing, describing it as very tough. Her mother, Virgie, was very stern.

Anna dropped out of high school and found love in 16-year-old Billy Smith, himself a fellow drop-out. They married quickly, and soon after that, Anna had her first child. Her son, Daniel, was born when Anna was only 18 years old. 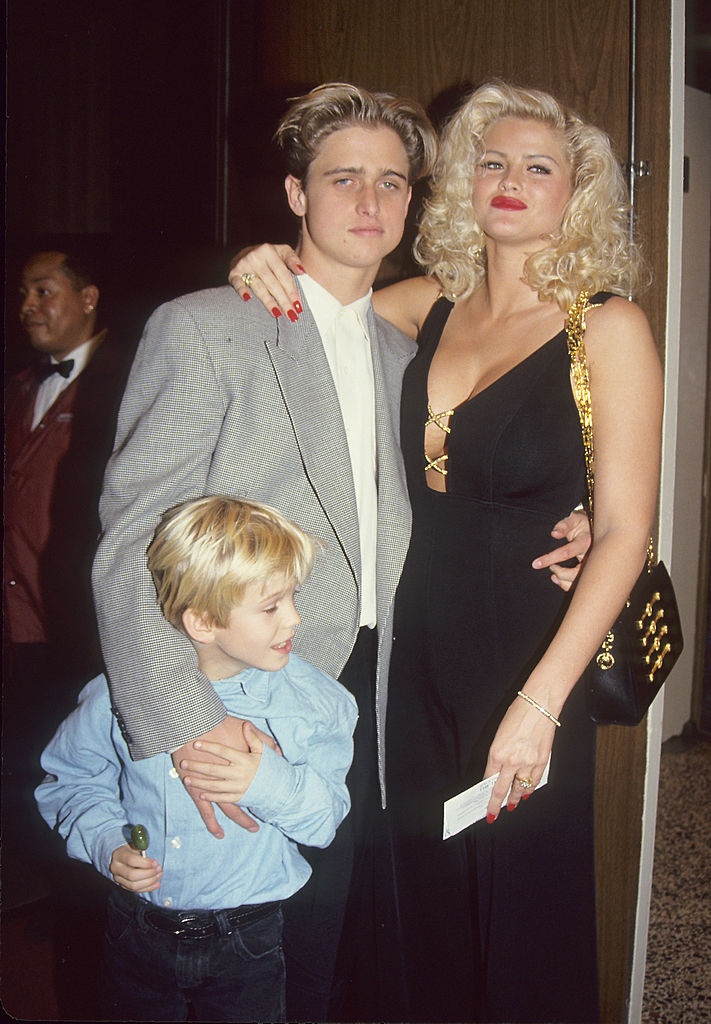 Unfortunately, the marriage with Billy didn’t last very long. Anna Nicole became a single mother raising a son – this without an education or a job. In the end, she became a dancer at a bar. One thing led to another, and suddenly the young, blond bombshell from Houston caught the eye of the mighty Playboy Magazine.

After several photos shoots with Playboy, Anna Nicole became one of the biggest names in the modeling industry. She was signed by William Morris, one of the most praised talent agencies in the United States.

Modeling jobs poured in thereafter, and Anna Nicole appeared in advertising campaigns all over the world. She made huge headlines when she posed in lingerie for the Swedish clothing company H&M. In fact, that specific campaign caused quite a stir.

People described Nicole Smith as a potential traffic hazard – drivers simply lost focus when they saw her pictures on billboards along the highways.

At the peak of her career, Anna Nicole Smith was one of the most recognized people globally, and the newspapers couldn’t get enough of her. For her part, Anna seemed to love the attention.

“I love the paparazzi. They take pictures, and I just smile away. I’ve always liked the attention. I didn’t get very much growing up, and I always wanted to be, you know, noticed,” she once told the Washington Post.

But of course, the life of a mega celebrity had its dark sides.

Her high-profile relationship with petroleum tycoon J. Howard Marshall was the beginning of her downfall. The 63-year-old age difference between Anna and her elderly husband raised many eyebrows – a lot of people were of the belief that Anna was only interested in Marshall because of his fortune.

The couple married in 1994, but just six months after the ceremony, Marshall became ill. He died in 1995 at the age of 90. The loss took a heavy toll on Anna. 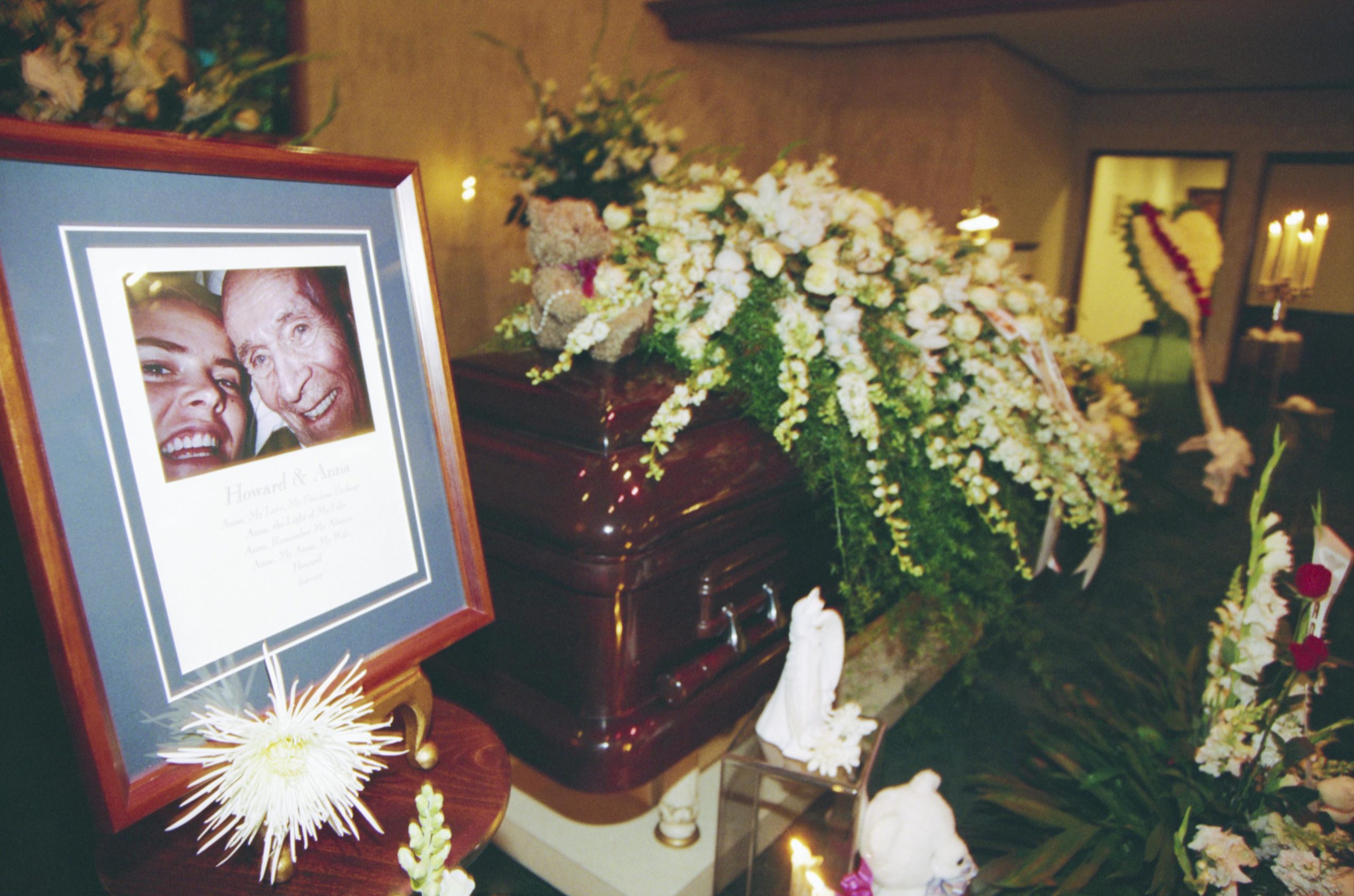 In the following years, Anna spent a lot of her time in the courtroom. She fought with Marshall’s family over her husband’s will. The case went all the way to the U.S. Supreme Court in 2006. 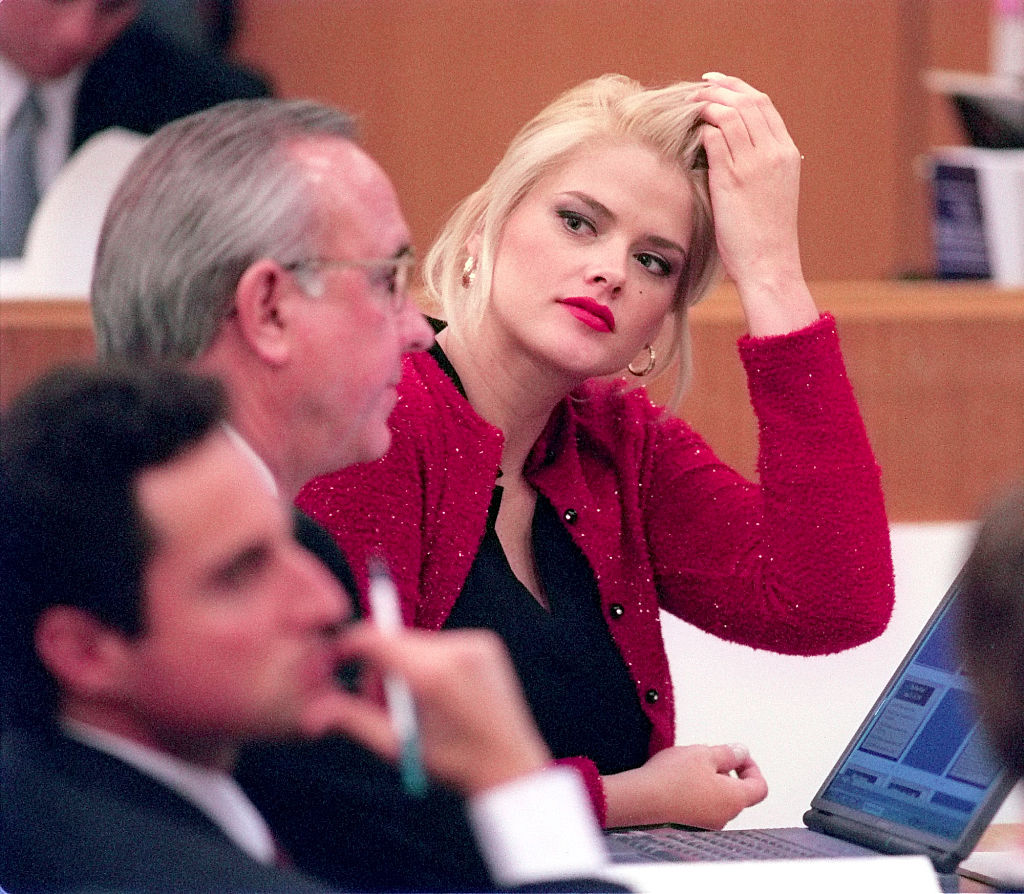 Anna Nicole died of an overdose in 2007, but just a few months before that she had given birth to her daughter Dannielynn. Dannielynn was born in New Providence, the Bahamas and Anna announced her pregnancy in a video on her website.

Unfortunately, Anna would never see her daughter grow up.

In the wake of her famous mother’s death, Dannielynn quickly became one of the most talked-about children in the world. Her upbringing was surrounded by drama and speculation. 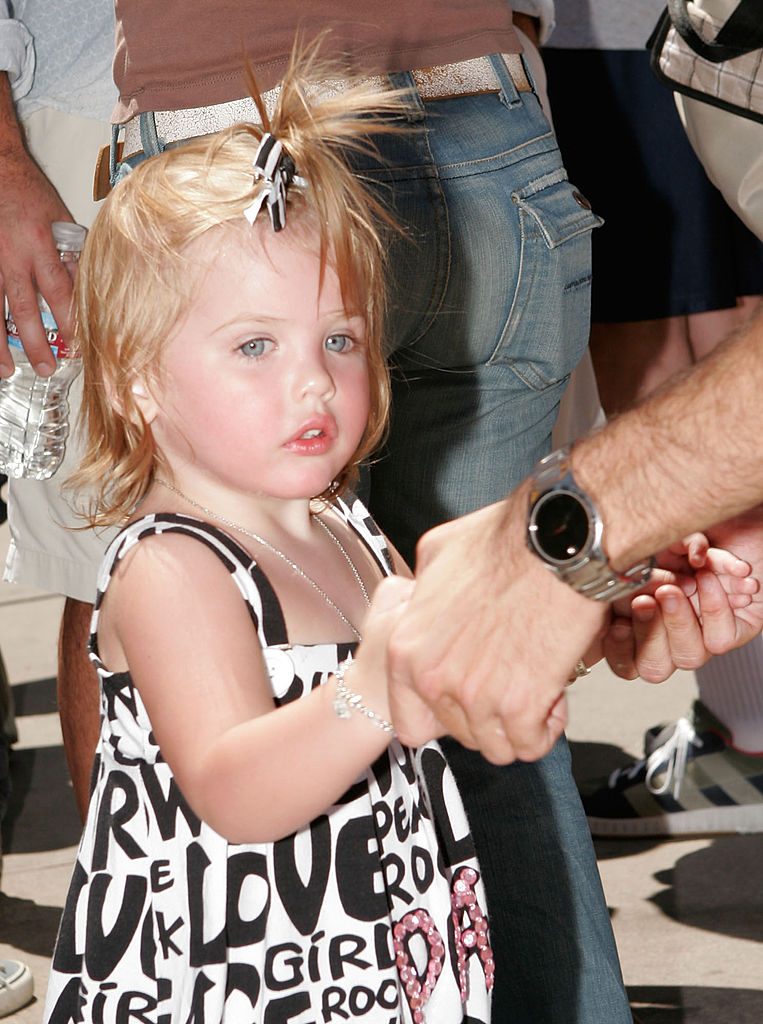 Initially, several men claimed to be the girl’s dad and a court eventually ordered a paternity test that revealed that Anna Nicole’s boyfriend, Larry Birkhead, was in fact Dannielynn’s dad.

“I hate to be the one to tell you this, but I told you so. I’m the father. My baby’s going to be coming home pretty soon,” Larry told reporters outside the courthouse in Nassau, the Bahamas, in 2007. 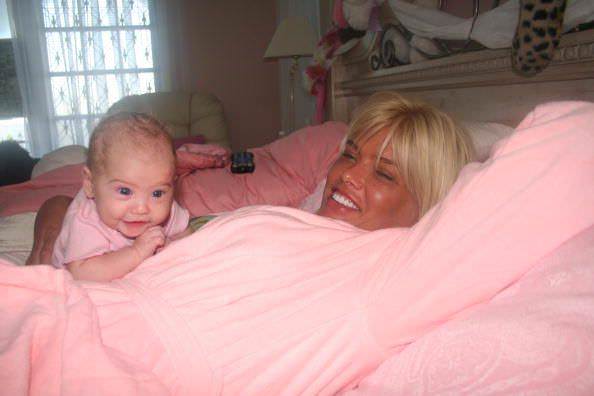 Many worried about the future of the little girl as there are far too many examples of celebrity children who go down the wrong track, having to put up with a life they didn’t ask for.

Thankfully, dad Larry seems to have a healthier idea of how to raise a child. She’s been enrolled in a regular school, been in the scouts, and gone to church every Sunday. Currently, Dannielynn resides with her father in Kentucky.

“Anna Nicole was seduced by the showbiz lifestyle, and Larry wants to make sure Dannielynn doesn’t end up like her,” a source told National Enquirer a few years ago. “[Anna Nicole was] chasing stardom and surrounded by greedy hangers-on.” 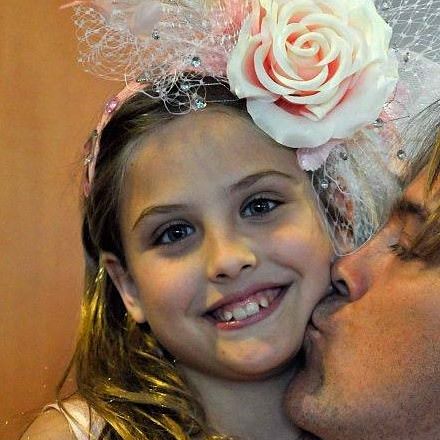 Today, 14 years after her mother’s death, you can really see Anna Nicole when looking at the little girl’s face — according to many over the years, Dannielynn is the spitting of her beautiful mother.

Now that she’s a bit older, you can really see her personality shine through and look how similar she is to her father! 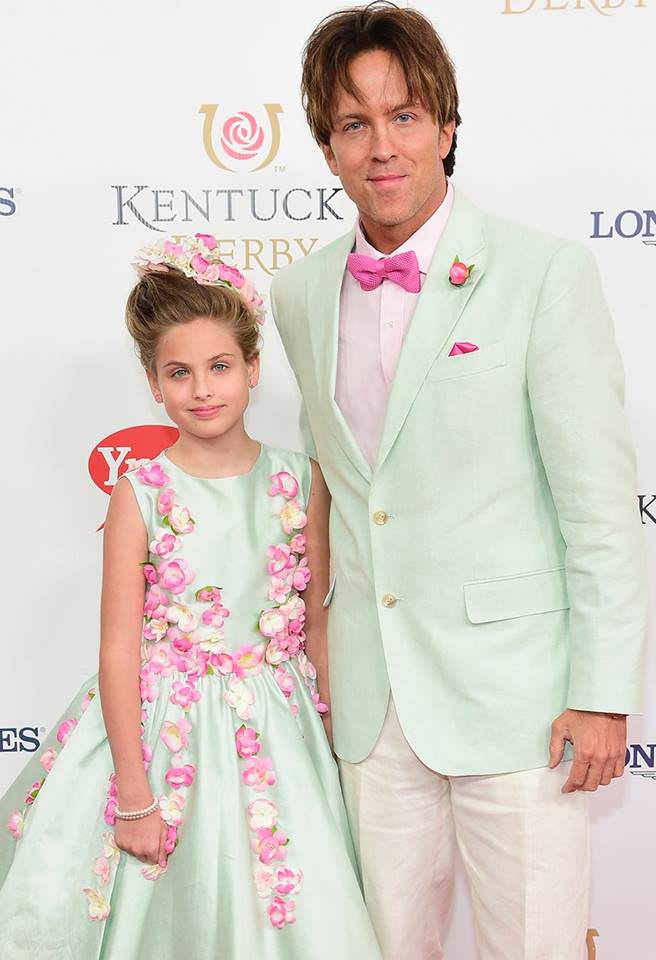 According to what Larry told Us Weekly, Dannielynn wants to “be a YouTuber and make videos”. However, he has told her, “‘That’s a lot of work, and you’re only 11 years old. If it’s something you want to do when you get older, you can, but right now let’s sell some Girl Scout cookies.’”

She said in an interview, “It’s really cool to like, act as a character and not yourself. It’s like portraying a new person. It’s fun.” She has appeared on several shows with her father, including ‘Life after Anna’, ‘Wife Swap‘, and ‘The Millionaire Matchmaker’. 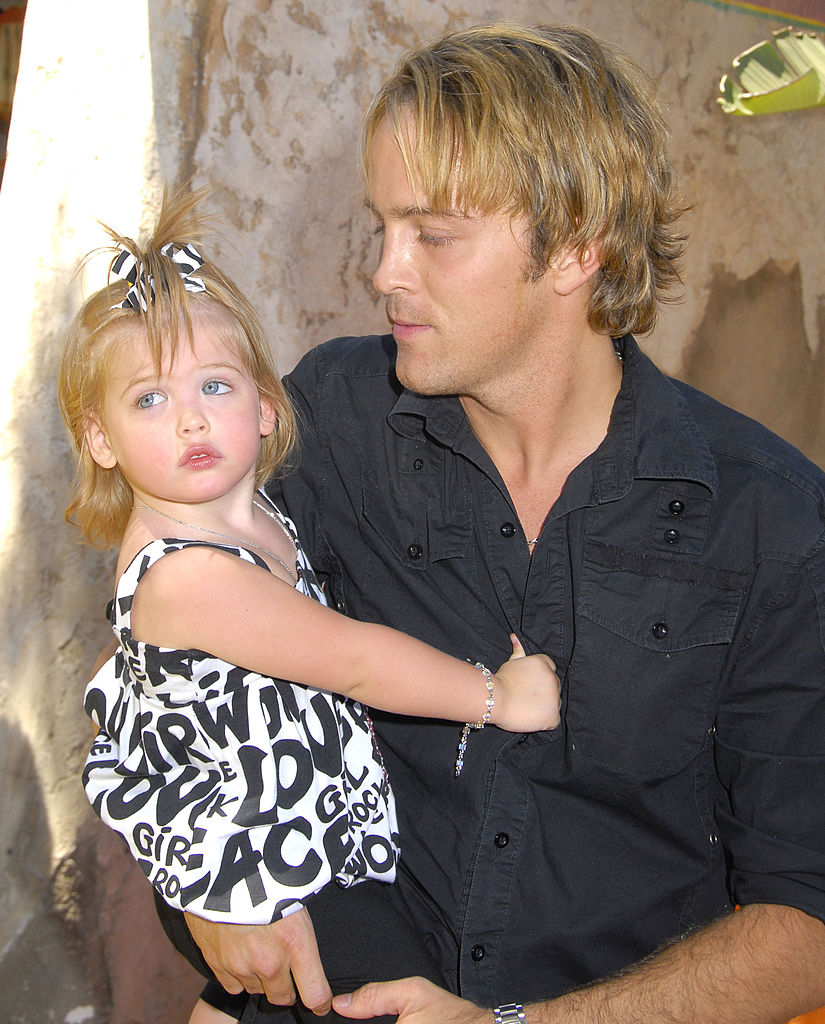 And it’s clear that Anna Nicole’s daughter thinks of her mother -– often.

Last year, during Kentucky Derby, Dannielynn paid tribute to her late mother by wearing a pink dress, similar to the one Anna wore in 2004.

Please share if you think Anna Nicole Smith would have been very proud of her daughter!