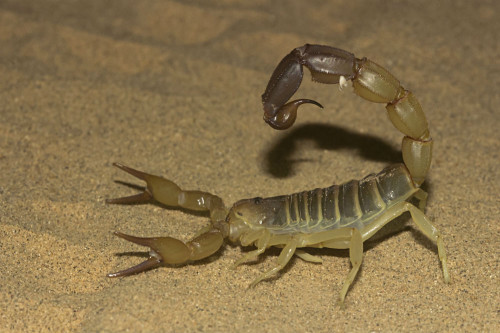 A woman in Australia found a scorpion in her broccoli.

A scorpion was found in someone’s broccoli

Chloe Mitchell – whose father-in-law had bought the package of the green vegetable in a New South Wales branch of Aldi- was horrified to find the poisonous creepy crawly while making her dinner.

She told News.com.au: “I put it in the steamer on the stove. I then turned around to get the last few pieces and saw something crawling along the chopping board.”

Chloe – after posting it on Facebook -told 9News: “I yelled for my husband to come into the kitchen, and he said some choice words.”

When he tried to capture it, Chloe said the little fella became “angry” however, it was ultimately removed from their home without posing a threat to them or to the local wildlife population.

A representative from Aldi told 7 News it was not a normal circumstance.

They said: “We strongly encourage customers to bring issues to our attention directly so we can review. Without contact with the customer, we can confirm that it is very unusual, and that this broccoli hitchhiker isn’t where they belong — which is likely back on our Aussie producer’s farm.”