Apple Inc. recently rolled out the latest version of iOS 13.2 for iPhones. The new version of iOS comes with new features such as Deep Fusion for iPhone 11 series with many other bug fixes and patches. Apart from this, the changes made in the iOS 13.2 reveals information about the rumored Tile competitor on which Apple is working on, supposedly called ‘AirTags’. It also hints on the upcoming battery case.

Although little is known about the launch of ‘AirTag’, the launch of the device would be a grand one unlike AirPods because ‘AirTag’ is a completely new device category and first of its kind from Apple.’ AirTag’ would use the U1 chip (Ultra-wideband technology) to make it work with iPhones featuring the same chip.

It is speculated that Apple will release its Tile competitor ‘AirTag’ at an event along with the rumored 16-inch Mac Book Pro.

5 Ways to Turn Your Home into a Smart Home

Your Detailed Guide To Running A Diversity Program Remotely 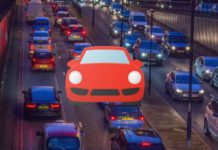